The origins of the Festival Society

In 2021 we're celebrating 70 years of Glyndebourne Membership. Discover the story behind the Glyndebourne Festival Society, and how it was established in 1951.

Setting up the Glyndebourne Festival Society in 1951, during the deepest years of post-war austerity in Britain, was a feat in itself.

The fact that membership support has been maintained ever since, funding a new opera house along the way, is thanks to the generosity of many.

‘But for the war, Glyndebourne would this month again open a new season. After six successful Opera seasons – from 1934 to 1939 – the war has of course put an end to our International Opera Festivals. For five long years Glyndebourne has been closed to music, but open to evacuated London children as a war-time nursery school. Now that the end of the European war has come, with the Continent mostly in ruins, the pre-war Opera Festivals cannot be held there for a long time to come. It seems to us that this is the moment and the opportunity for England to establish its own leadership in the sphere of international musical festivals, and the first step should perhaps be the re-opening of the one festival opera house that has remained untouched by the furies of war – Glyndebourne’ 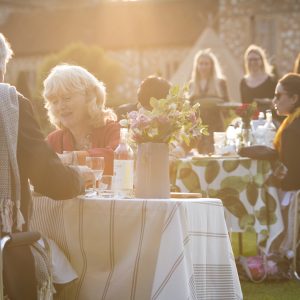 These are the opening paragraphs to a draft proposal typed out in May 1945, and the tone of the document betrays the author. John Christie had spent the war years fretting as to how he would be able to re-establish the Glyndebourne Festival in what would undoubtedly be seriously straitened post-war circumstances. And, as John Christie gracefully acknowledged later in the piece, ‘the first call upon the state will be a material one of rebuilding and rehabilitation.’

Christie therefore contemplated other ways of finding financial support to help him continue at Glyndebourne, and to this end an advertisement was placed in The Times and the Daily Telegraph in June 1945 asking all ‘Patrons and Friends’ of Glyndebourne to send their addresses to the General Manager. Over 500 responses were received within five days. Christie believed that hundreds of people would covenant £10, but he was overruled by General Manager, Rudolf Bing and Estate Manager, Mr Edwards and the draft proposal was instead to be sent out to 100 key Glyndebourne supporters in the high surtax group, asking for a £100 covenant to re-establish ‘this, our own English Opera Festival’.

In the event the letters were never sent, and the vastly reduced 1946 and 1947 seasons with The English Opera Group were again funded by Christie himself, and as a consequence, the following two years saw no operatic activity at Glyndebourne, only weekend concerts, whilst all Glyndebourne’s opera efforts were focused on the new International Festival they had helped to found in Edinburgh.

But all was not lost for the home venue. 1949 saw plans being drawn up for a Festival of Britain – a national, post-war feel-good celebration – to be held in 1951. Staunch Glyndebourne supporter and Labour MP John Wilmot (later Lord Wilmot), successfully fought for a guarantee of £25,000 to underwrite a season of opera at Glyndebourne as part of the Festival celebrations in 1951. Christie tried persuading the government that the sum could be provided in two halves to cover 1950 and 1951, but to no avail. Glyndebourne’s challenge would be how to mount an entire season for the Festival of Britain, from scratch.

Undaunted, General Manager Moran Caplat drew up detailed plans and budget for a two opera season for 1950, and then took them to John Spedan Lewis, founder of the John Lewis Partnership and an enthusiastic Glyndebourne supporter from the very beginning. Lewis stepped up to the mark and provided a guarantee to underwrite the proposed 1950 season, the first major external contribution to the Festival. Glyndebourne was back in business, but there remained the fraught issue of what would happen after the Festival of Britain. Christie, despite his antipathy to the State, hoped that the newly formed Arts Council could be persuaded to shoulder at least part of the financial burden, but it was made clear that the Treasury funds for 1951 could not be repeated. 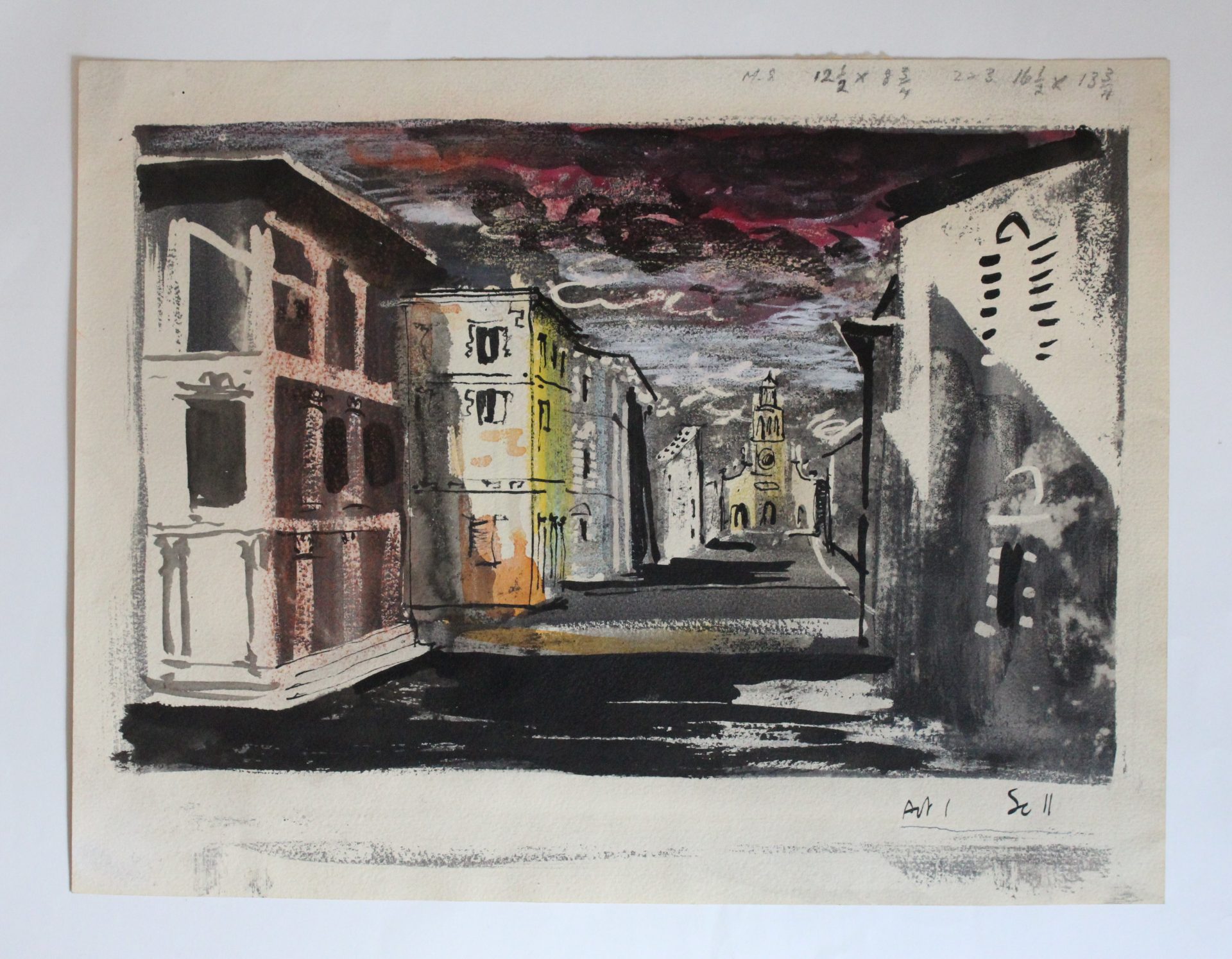 Nicholas ‘Miki’ Sekers fortuitously entered Glyndebourne’s orbit in 1950, with an extraordinary offer to provide all the fabrics necessary for a new production at Glyndebourne. He was a Hungarian businessman and owner of the West Cumberland Silk Mills, which he had turned into a hugely successful concern, from parachutes in wartime to furnishing fabrics and haute couture in peacetime. He was a great lover of the arts, and a good friend of Oliver Messel, who had just designed his first opera for Glyndebourne, Ariadne auf Naxos for the Edinburgh Festival. In 1951, true to his word, some of the fabric for Idomeneo and all the fabric for Don Giovanni, was specially woven, dyed and donated by Sekers. 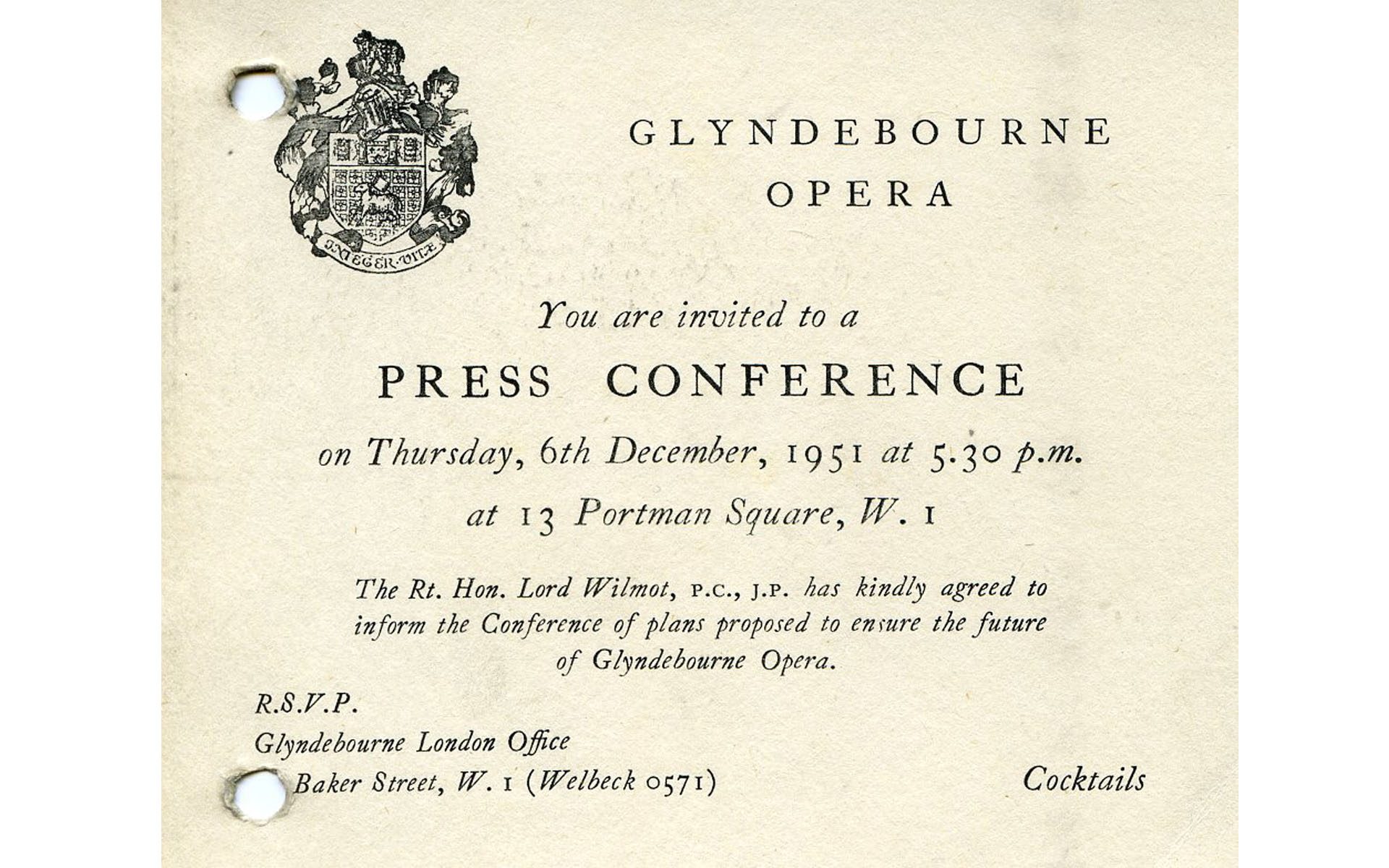 Driving home with Moran Caplat from Edinburgh after the last Glyndebourne performance, talk turned to how further sponsorship or guarantees could be found to help keep Glyndebourne going. Sekers had not long returned from the fledgling Aix-en- Provence Festival, bringing with him an elegant programme, filled with advertisements. He put it to Caplat that Glyndebourne could do something similar, but better. Full page advertisements only, charged, not at commercial rates, but at a level that would provide real support to the Festival, 40 advertisers paying £500 for a page could bring in £20,000, close to the level of support provided by the Treasury. Printing costs could be covered by the sale price, in itself a new concept for Glyndebourne, where programmes had always been provided free of charge. The idea grew, the Christies agreed to it, and within a week Sekers had secured eight advertisers – the Glyndebourne Festival Programme Book was born.

What Sekers brought to Glyndebourne was a commercial fundraising base, something which felt completely outside Glyndebourne’s then sphere of experience (witness that post-war appeal for the updated address details of patrons and friends – all private individuals, and not big businesses). He now started giving parties in his London home, and at that of Oliver Messel, in his drive to secure more support from both business and society contacts. What grew out of these luncheon parties was the idea of a membership scheme – that advertisers should get some kind of a stake in Glyndebourne in return for their fee, but then, why not open the idea up to individuals as well?

The membership scheme was inaugurated at Oliver Messel’s luncheon party on 9 November 1951 and was in part the brainchild of Mr OB Miller, John Spedan Lewis’s deputy, inspired by some of the theatre clubs in London. Three separate membership categories were later agreed upon, Corporate, Individual and Associate, each carrying special privileges and priorities in booking, and an executive committee, chaired by Lord Wilmot, was established on 26 November 1951. Although the production of the programme book was left firmly in the hands of Glyndebourne Productions Ltd, it was the Executive Committee’s job to secure the advertising, and to administer the Members’ interests. 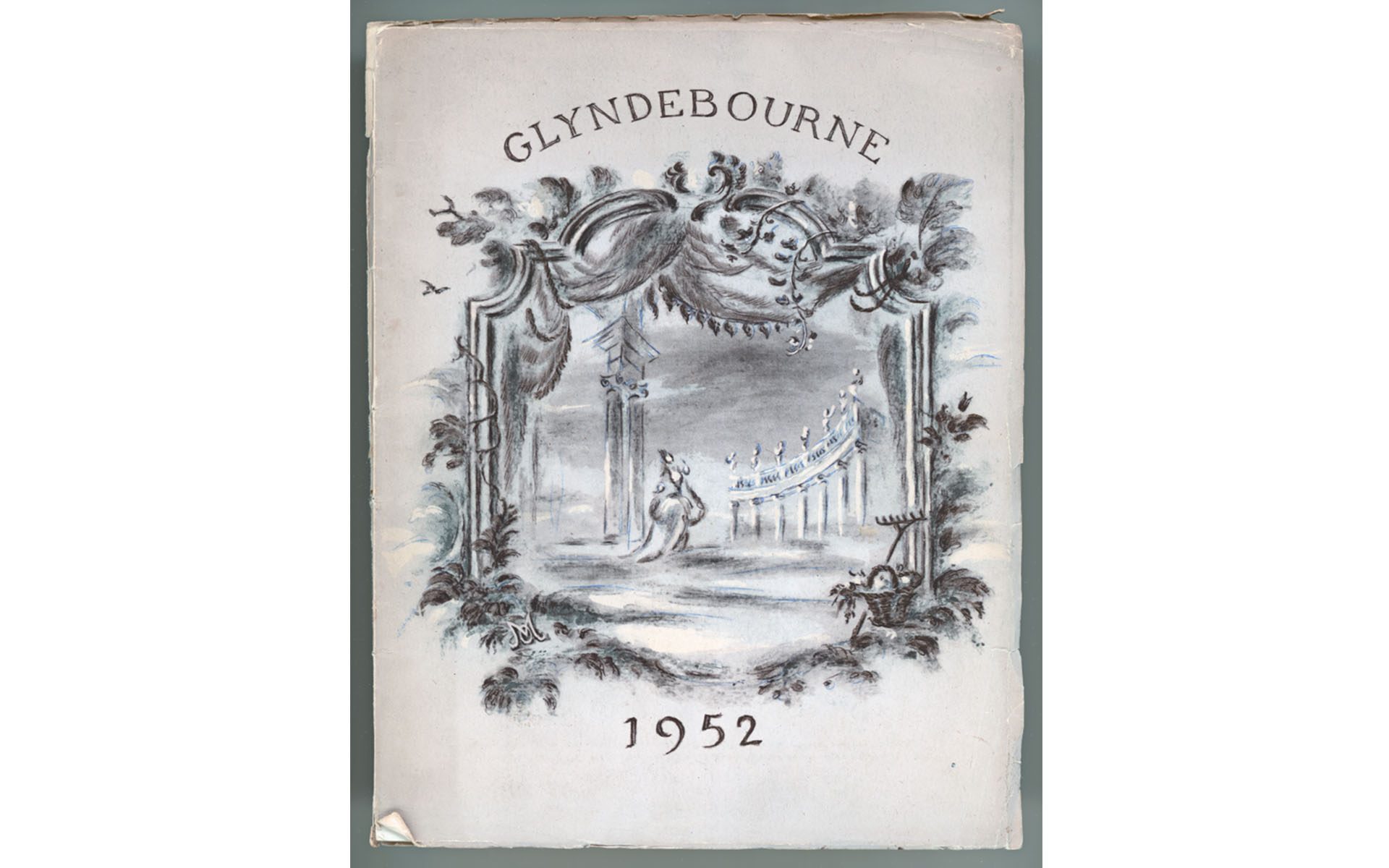 The success of the new scheme was clear to see, the first Programme Book proudly carried the names of the 24 Corporate and 66 Individual Members, and acknowledged 700 Associate Members. By the end of 1956, the Individual Membership was closed having reached 3,000 members in just four years. The Glyndebourne Festival Society was thriving along the lines that had been envisaged when it was established, vindicating Christie’s belief back in 1945 that hundreds of people would be happy to covenant a small amount. 1959 saw the onset of car parking charges, two shillings and sixpence a time. Members however, could purchase an enamelled metal badge for their car costing 25 shillings, which entitled them to free parking (the first batch of these badges had Integer vitae misspelt – there were many letters of complaint).

Two years after the launch of the Programme Book and the Festival Society, Christie revisited another result of his wartime cogitations – the idea of a Trust. In spite of the new financial contributions in 1952, there had still been a shortfall of £18,000 at the end of the season, which Christie had to meet himself. By the time the Glyndebourne Arts Trust was formally launched in 1954, John Christie had spent over £150,000 of his own money funding the Festival, a sum which equates to about £2.5 million in today’s terms. The Programme Book, Festival Society and Arts Trust combined to completely relieve Christie of the financial burden of running the Festival, and in the process, secured the Festival’s future. 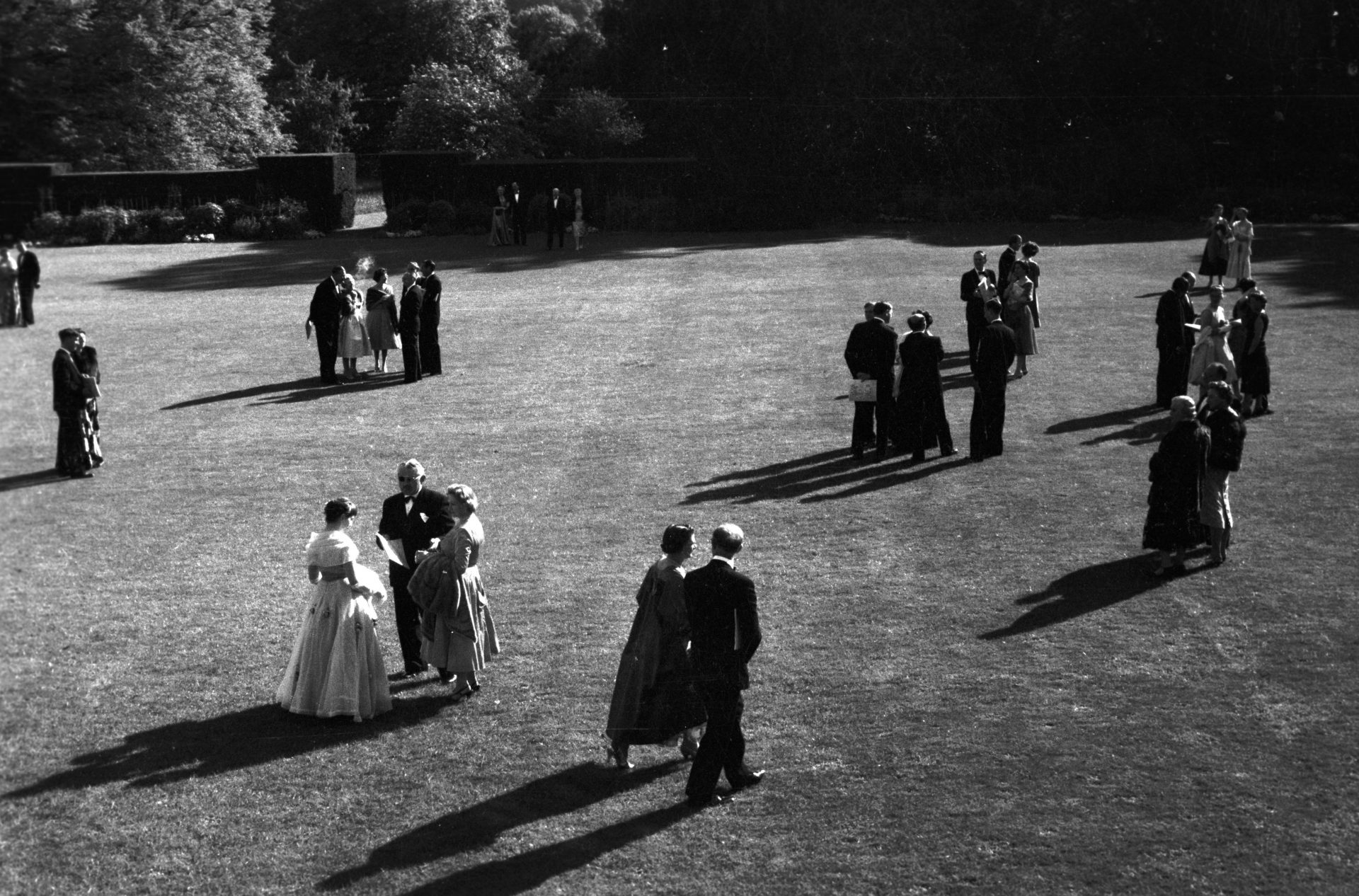 The huge debt of gratitude owed to the Festival Society founders and Members by Glyndebourne is immeasurable. Without the vision and determination of those dedicated individuals, the Festival Society would never have been born, and without the overwhelming support of all those who have signed up, and paid up, over the years, Glyndebourne as we know and love it would simply not exist. Ticket sales provide 60% of Glyndebourne’s income, and over 70% of those tickets are sold to the Members. This unwavering loyalty is truly humbling, underscored as it is by added donations and legacies. When Sir George Christie announced his plans to rebuild the opera house – the membership once again answered the call. As Glyndebourne Arts Trust Chairman, Sir Wilfrid Eady, wrote in the 1954 Programme Book ‘Glyndebourne is to its devoted congregation a sign of the unflagging determination to give the best.’

IF YOU LOVE GLYNDEBOURNE AND WANT TO BE PART OF OUR FUTURE, BECOME A MEMBER.

Members are a core part of the Glyndebourne family, gaining priority access to tickets as well as a range of benefits throughout the year. Their ongoing support is vital to our future. All of our membership options can be purchased as a gift. 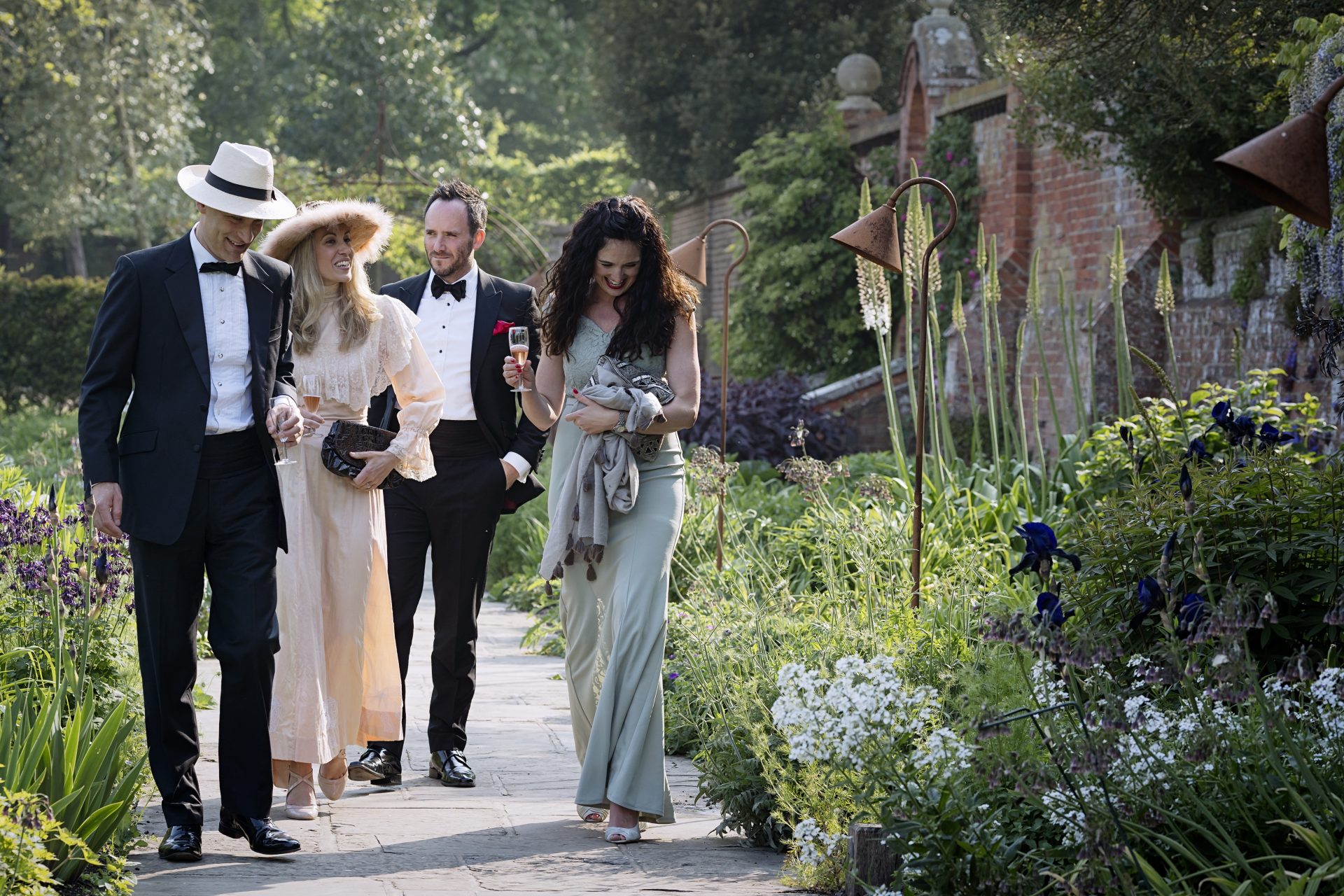 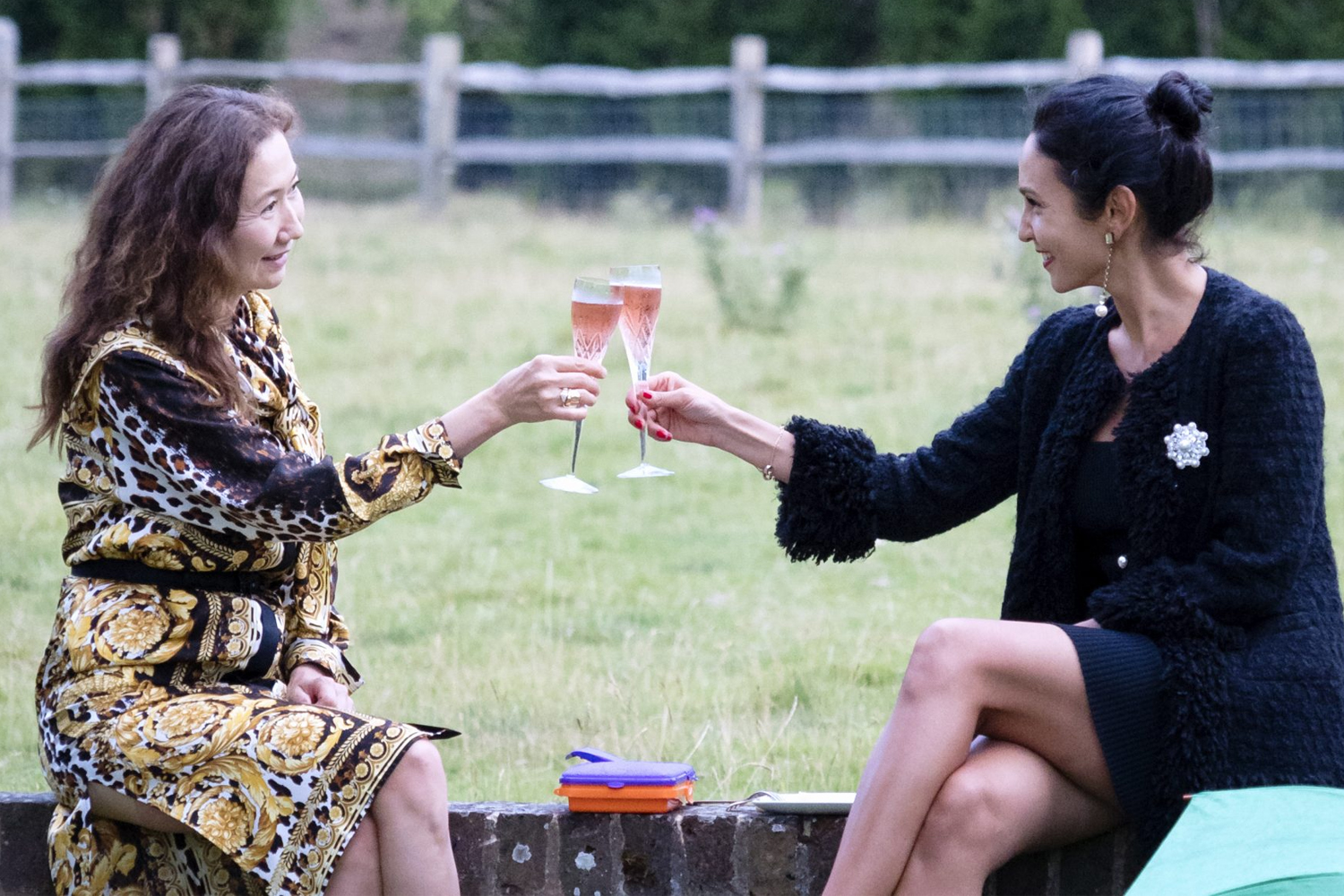 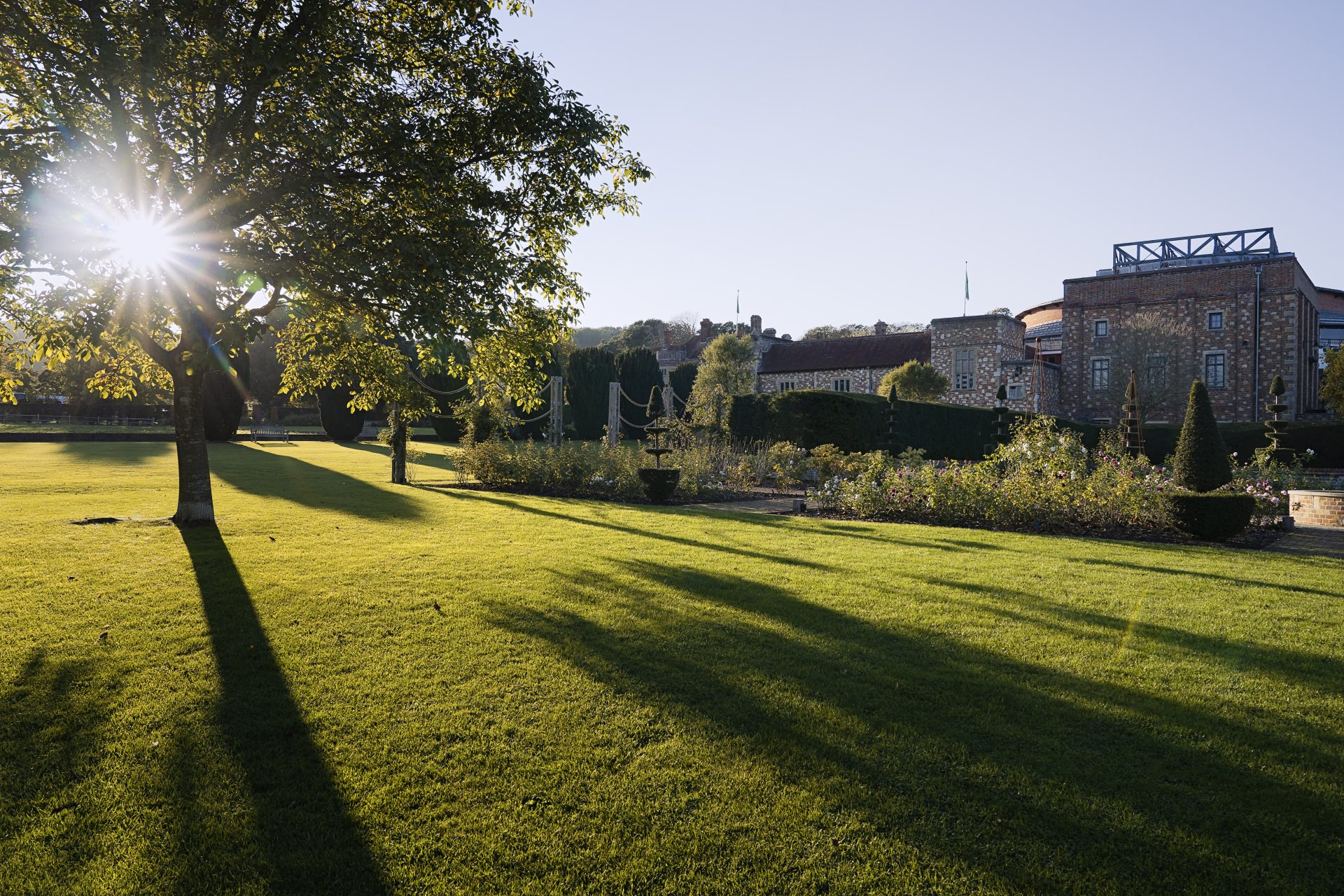 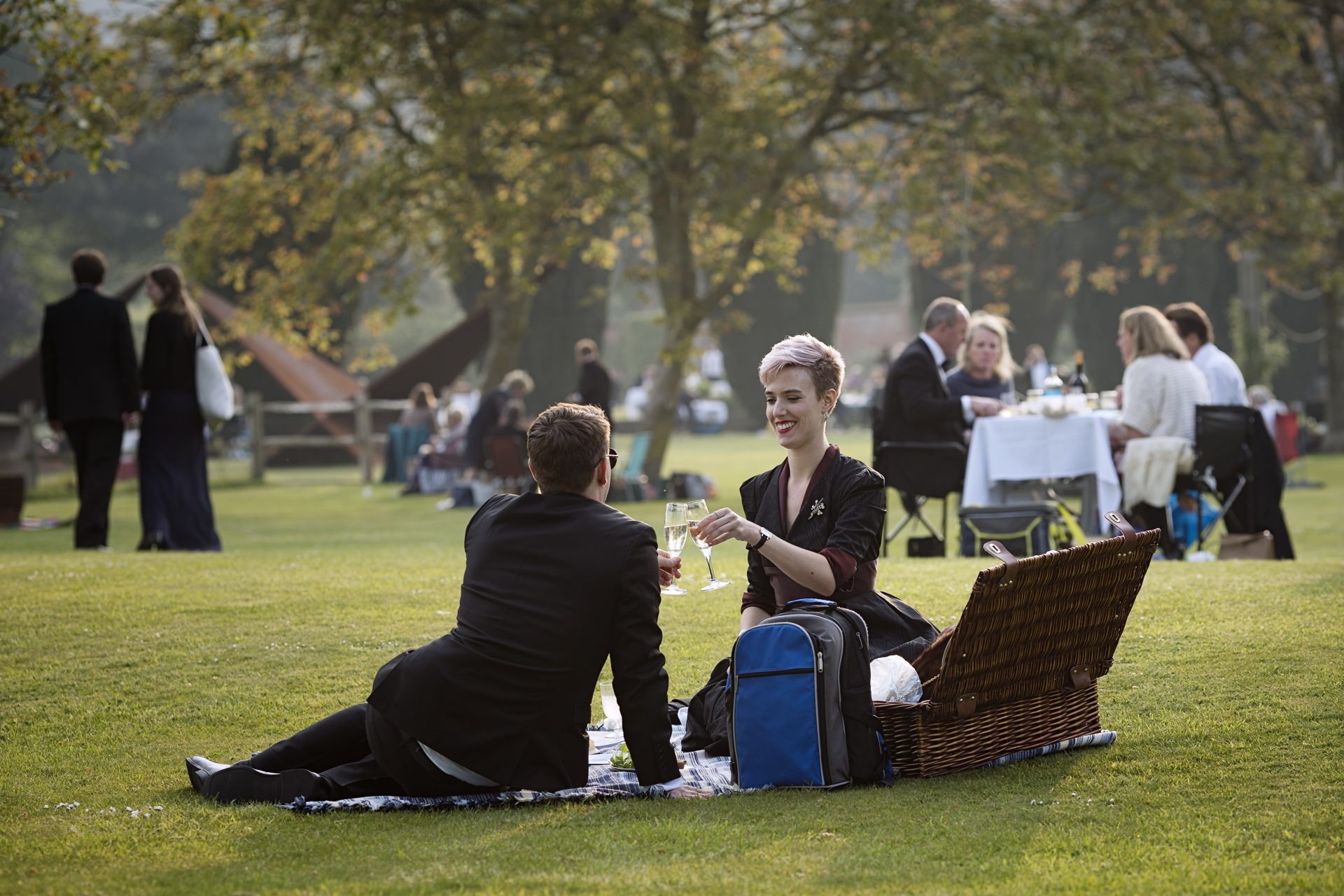 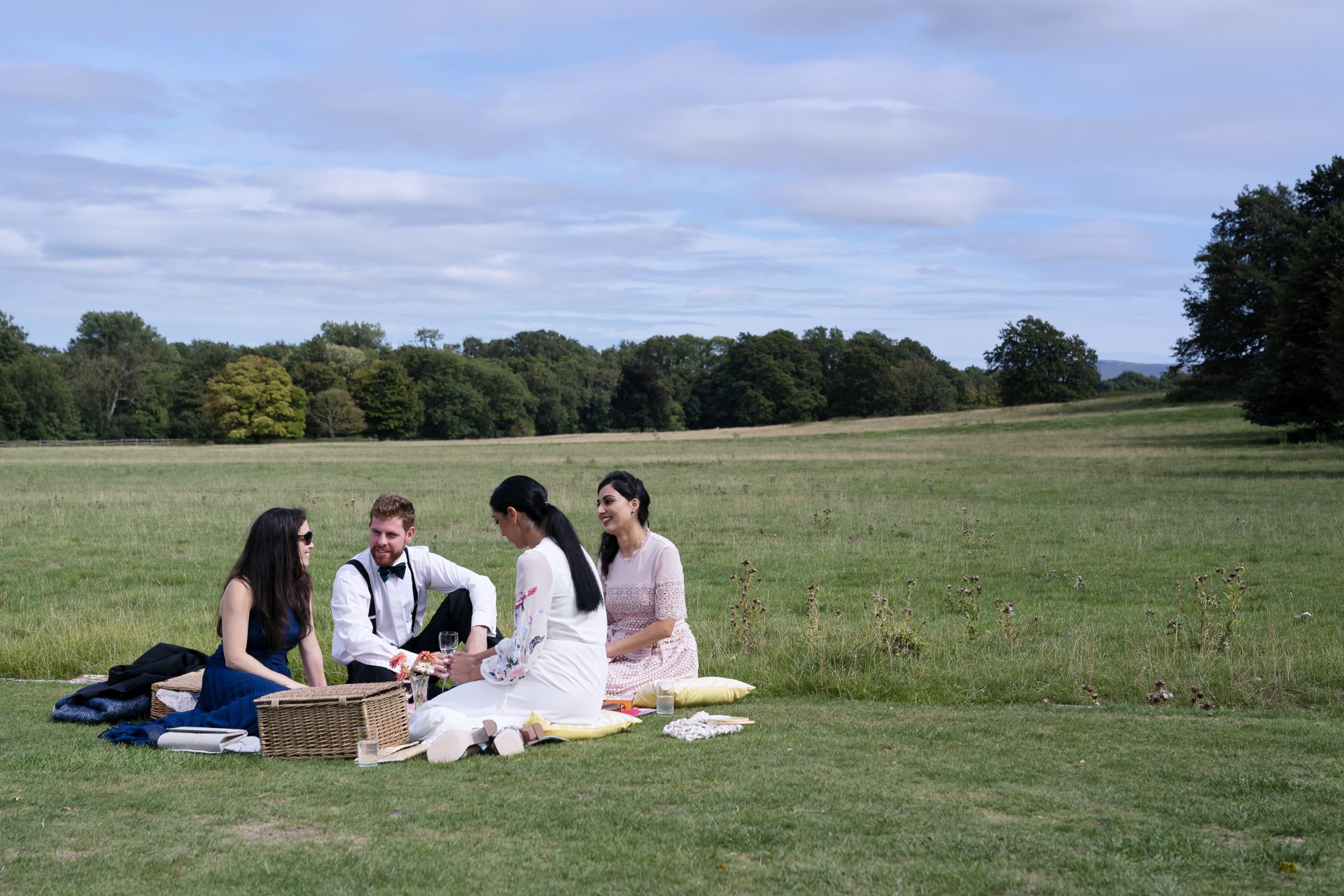 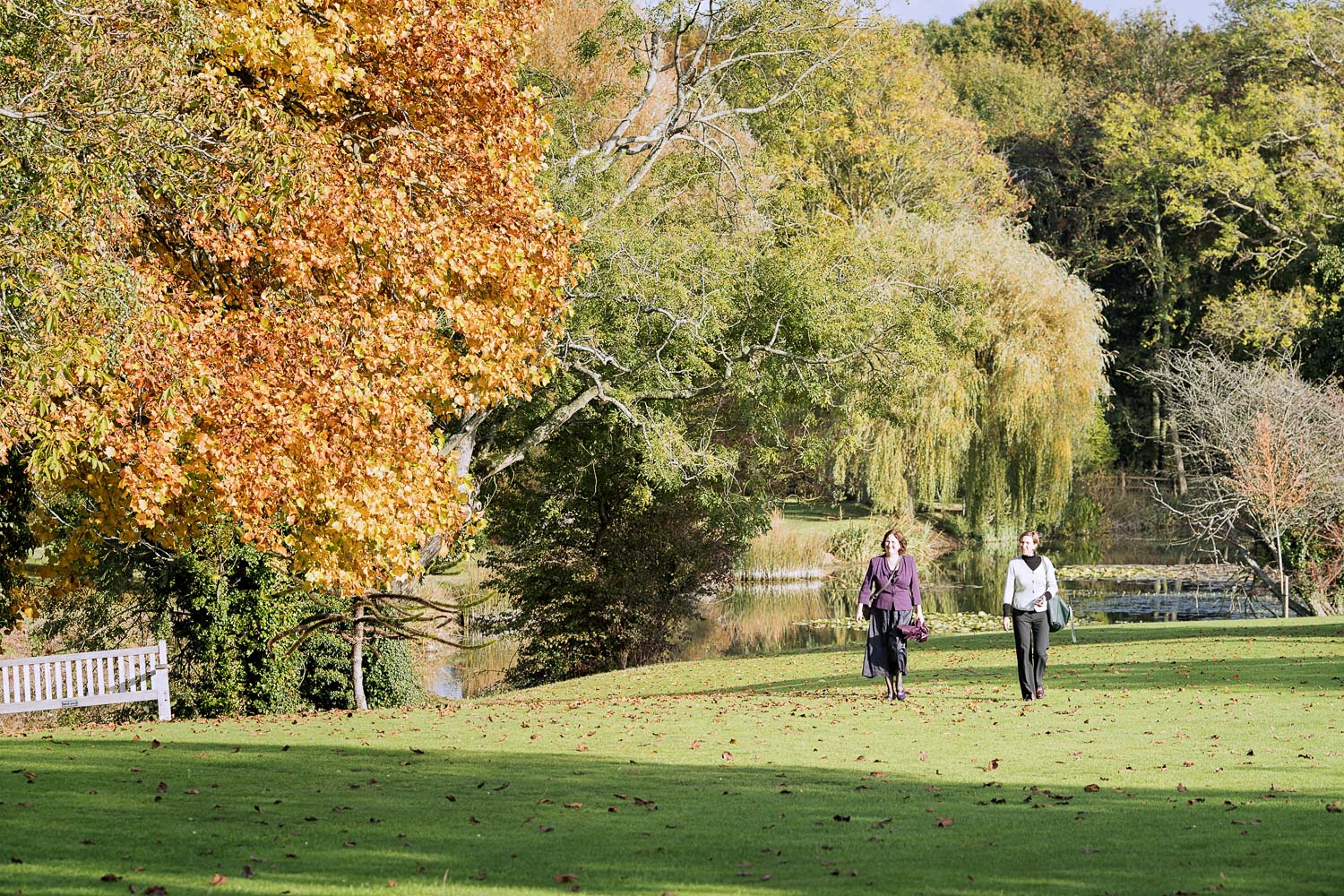