In the latest of the Organ Room Sessions, Huw Montague Rendall performs arias from The Magic Flute and Così fan tutte.

Huw Montague Rendall played Papageno in Mozart’s The Magic Flute in our semi-staged autumn production. Here he performs ‘Papagena! Papagena! Papagena!’ from the opera. He is accompanied by Ben-San Lau on piano.

For his second performance, he has chosen ‘Donne mie la fate a tanti’ from Mozart’s Così fan tutte. Huw will be taking on the role of Guglielmo in our production of Così fan tutte at Festival 2021. 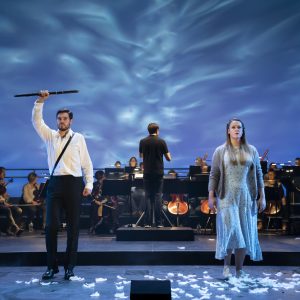 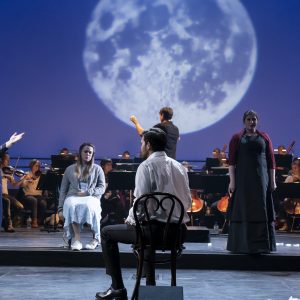 The British baritone is an alumnus of RCM and in 2016, at the age of just 22, he became a Jerwood Young Artist and a recipient of the John Christie Award. He joined the International Opera Studio in Zürich the same year as one of the youngest singers ever to join the prestigious programme, and in 2017 he took part in the Young Artist Programme in Salzburg. Current and future appearances include leading opera stages such as ROH, Paris, Aix, Chicago, Komische, Bayerische and Glyndebourne.

Ben-San Lau was born in Manchester. He trained at the Guildhall School of Music & Drama and the National Opera Studio and was a member of the Young Artist Programme at the Opéra National de Paris. In addition to his career as a répétiteur he has performed in concerts at the Barbican Centre, the Wigmore Hall, the Oxford Lieder and Buxton Festivals, and the Internationaal Lied Festival Zeist. He was a recipient of a Musicians’ Company Concert Award supported by the Concordia Foundation, a prize winner in the Oxford Lieder Young Artist Platform, and a Britten-Pears Young Artist.