Development Officer Rachael Dodd talks to Caroline Atkinson to find out more about her long standing relationship with Glyndebourne, her continued production support, and her eagerness to be involved in Semele as a self-confessed Handel fan. 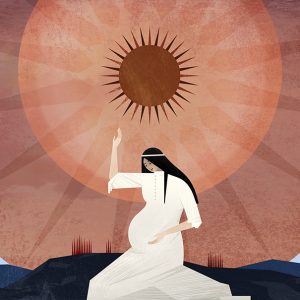 You have been coming to Glyndebourne since the late 1970s, you must have seen a lot of changes over the years…

Yes, back then I came a lot for corporate business. I worked for a huge insurance broker in the city who was a tremendous supporter of Glyndebourne. We used to entertain a lot of clients from Brussels here. I bought my first ticket in 1978 and enjoyed many happy times at Glyndebourne over the years with both my mother and husband George. We often took friends, it was always lovely having dinner in the garden.

Was there something in particular that inspired you to first become a supporter of Glyndebourne?

It all started in 2015 when I picked up a leaflet that had a picture of Gus Christie with his mother and Danielle de Niese standing with their spades, in what was to become Lady Christie’s Rose Garden. I knew they were looking for funds to complete the project, so I enquired about covering some of the costs in memory of my husband. He adored roses and Glyndebourne; I just thought it was a lovely thing to do. 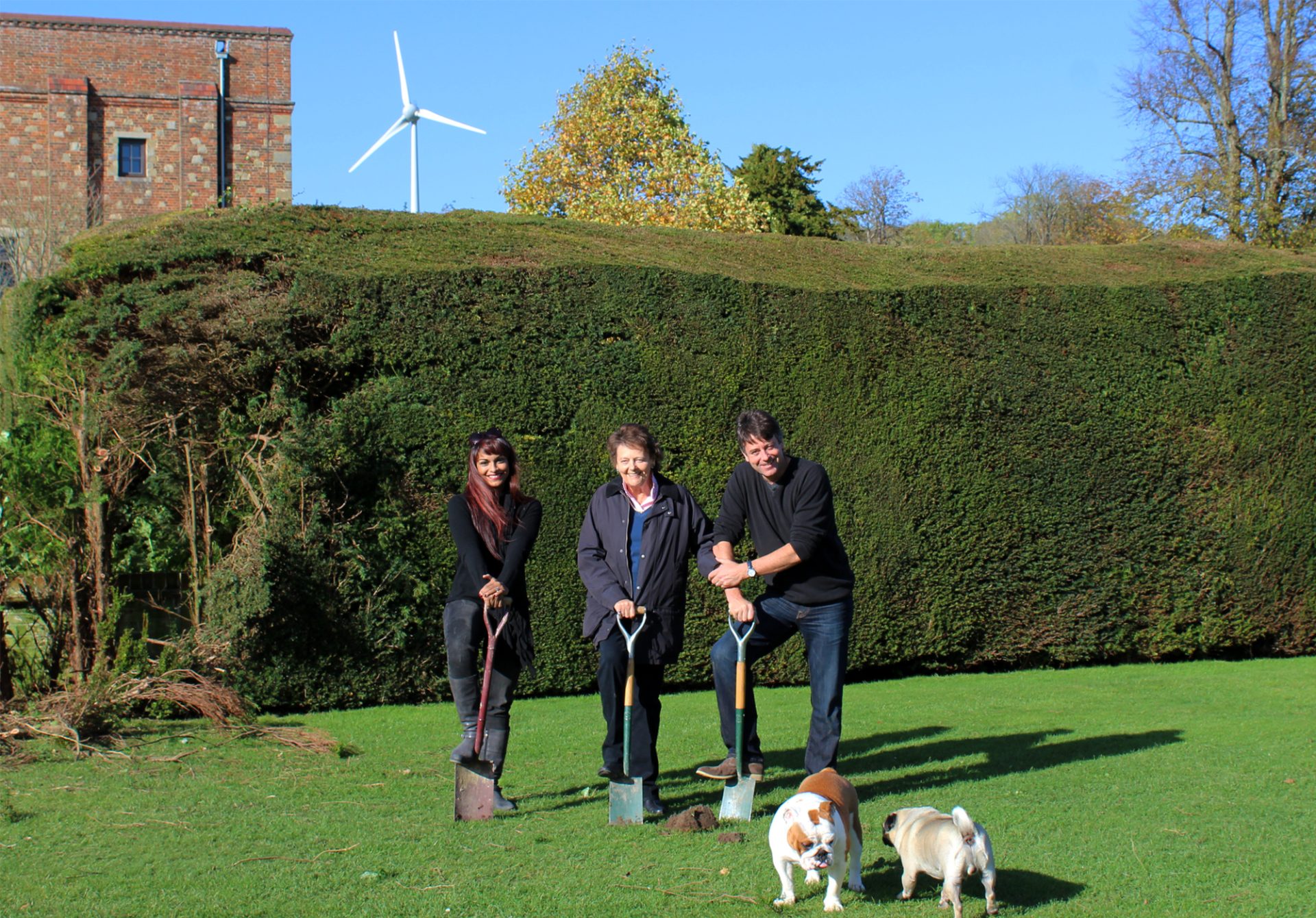 The following year the Annual Fund focused on the £50,000 car park revamp which some might suggest was a slightly less aesthetically appealing campaign, but was really important to improve visitors’ experiences

That’s right! But I thought yes, I love practical things, I will absolutely support that. Especially as they were planning to plant wildflowers as part of the project. Following this, sometime later I was approached by one of the Glyndebourne team to see if I would be interested in supporting an opera. Saul in 2015 was the first of five productions that I have supported as a Circle Supporter. I still think back to that first production as one of Glyndebourne’s great masterpieces; everything about Saul was just magical.

Circle Supporters frequently have very vivid memories of the productions they have supported; perhaps because they’ve had the opportunity to become more closely involved with the process.

I remember being invited to one of the Saul rehearsals, and apart from a couple of the creatives sitting in the stalls reviewing the technical bits, I was the only one in the audience and it was just brilliant! I sat thinking, this is just perfect for the Glyndebourne space. They were just rehearsing sections; it was fascinating. No matter how much you think you know about an opera, you always end up learning a lot more. I’m looking forward to seeing what your new director Adele Thomas has planned for Semele. 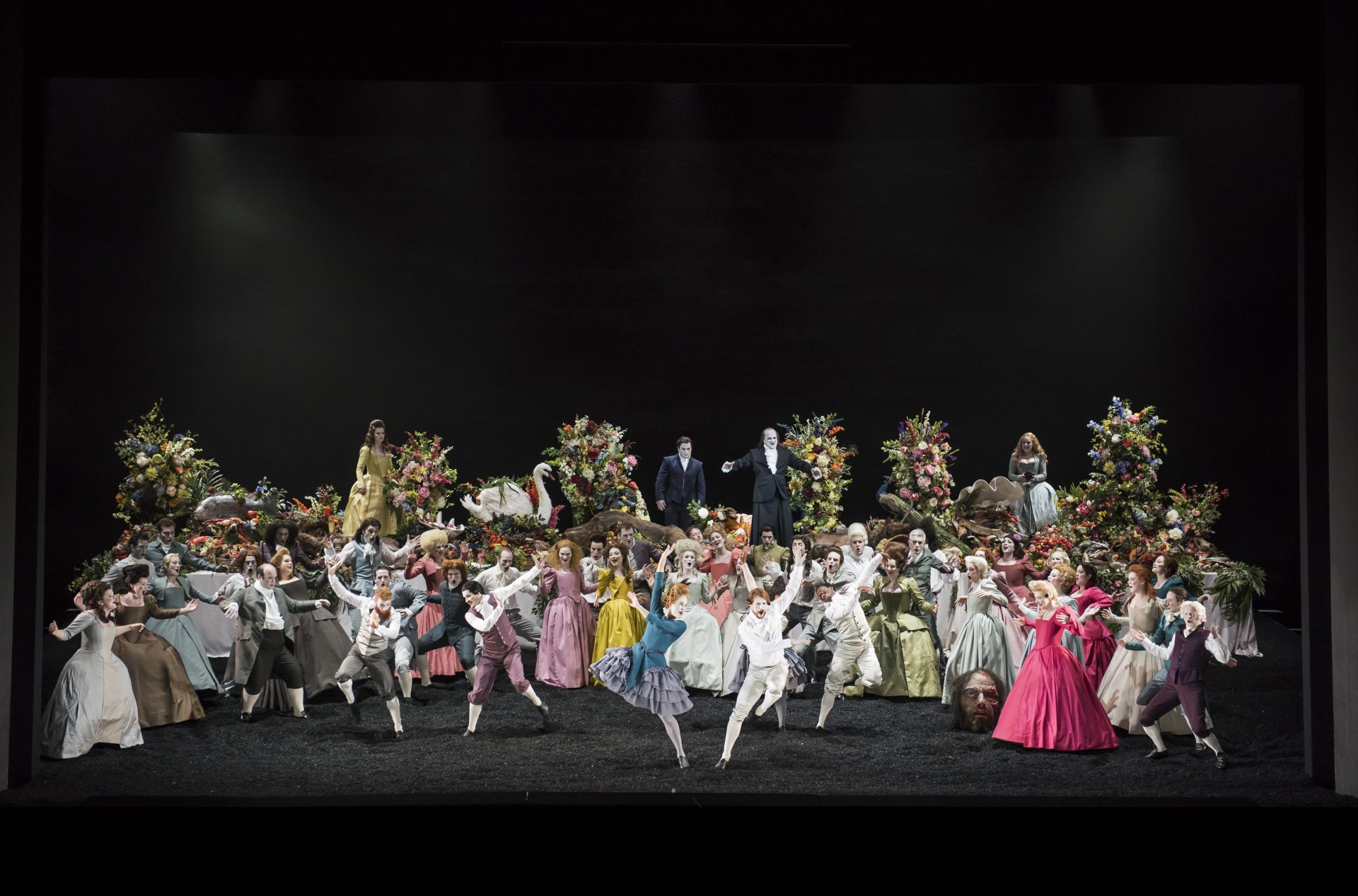 Yes, this will be Adele Thomas’s Glyndebourne debut. As well as opera, she has a strong theatrical background which is exciting.

Yes absolutely. The main reason I was inspired to become a Circle Supporter for Cendrillon in 2018, was because I already had an interest in the director Fiona Shaw and her previous theatre work. The crossover of theatre and opera is a fascinating one. A different perspective often brings new life to these works, keeping them current and keeping people interested. You can’t sit still, it’s like with a business, you can’t keep on doing the same thing, or you are finished!

I think that’s good. I think it’s very good to appeal to younger people; every generation is slightly different from the one that went before and Glyndebourne understands how to reach out to new audiences. If you get into music when you are young, you will probably stick with it all your life.

This is the first time Semele has been staged at Glyndebourne which must be exciting for a Handel lover like yourself.

Of course. Every time Glyndebourne has done Handel it has worked really successfully; it works with the space, the music is always beautiful and it really suits a summer occasion.

Semele’s aria ‘Where’er You Walk’ is so well known, and Juno’s aria ‘Hence, Iris, Hence Away’ is absolutely brilliant, it goes through a myriad of sounds.

Handel wrote great female parts, he liked ballsy women! Productions often portray Semele as a silly young girl, but personally, I think she is ‘a girl on the make’. I  think she could be quite a modern character.

Alongside these principal roles, Handel also gives significant prominence to the chorus in Semele

The chorus has always been pretty special at Glyndebourne so I think this will be a really good opportunity for them. A lot of people who have sung principal roles here, have come up through the ranks. Stuart Jackson for example, who started out at Glyndebourne as a Jerwood young artist, was fabulous as Oronte in Alcina last Festival. I’m looking forward to him playing Jupiter in Semele… he has a great voice! 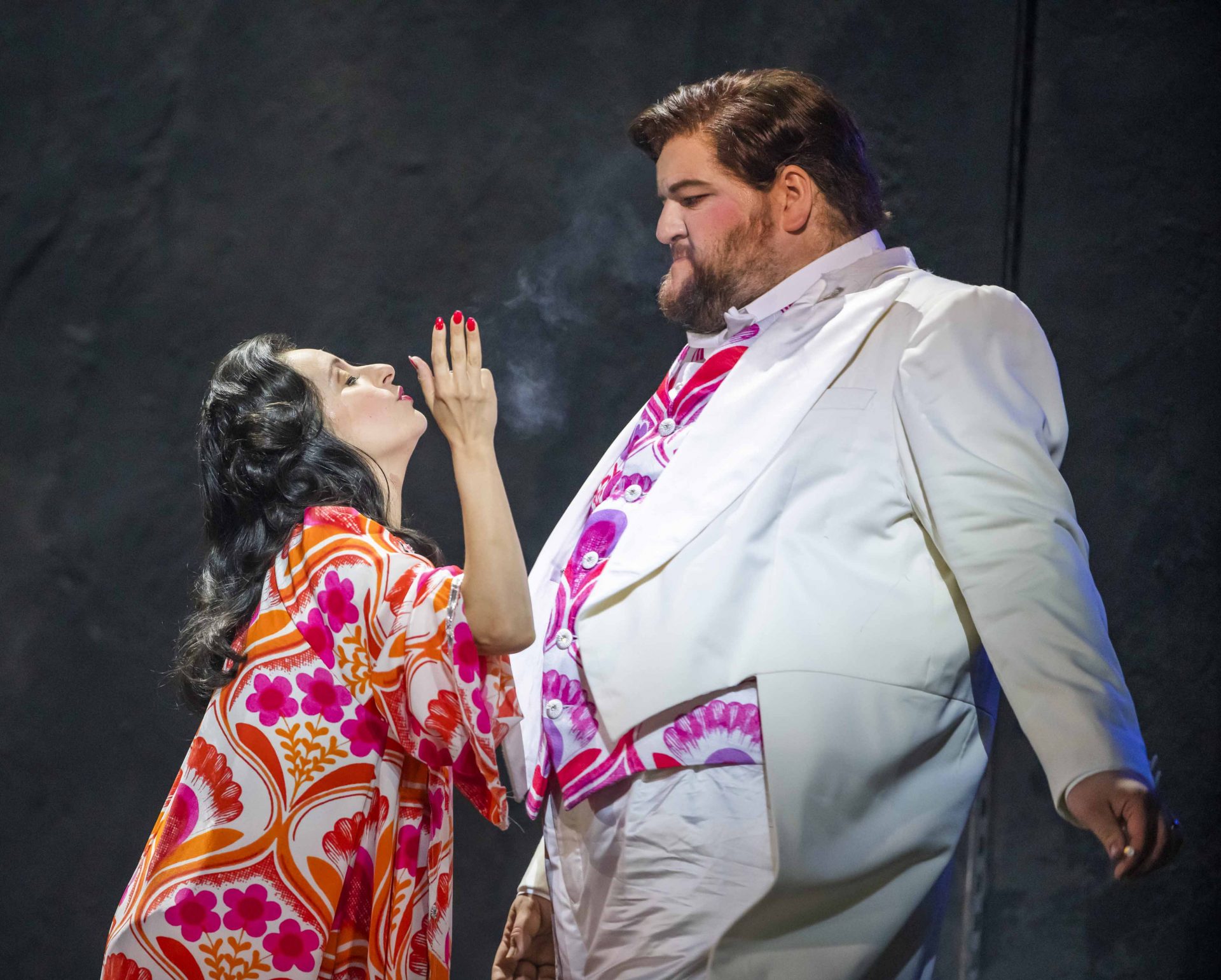 They have some wonderful players, and hearing baroque played on real historic or carefully reproduced instruments of the time is so unique. They performed a concert in the garden during Covid-19 which was really memorable, as was their instrumentation for the wacky production of Hipermestra in 2017! Having just a few players was lovely, it really worked. You don’t always need a big orchestra.

As a charitable organisation that receives no public subsidy, we rely on supporters, like yourself to enable us to bring these operas to our stage

It’s a pleasure. Glyndebourne employs a lot of people in Sussex and this has a knock on effect to supporting the surrounding area and businesses. As for things like community outreach and the learning and education projects that Glyndebourne offers to children across the country; it really is a force for good. I have always felt supporting Glyndebourne is a genuinely charitable thing to do.

Interested in supporting a production like Caroline? Find out how you can help bring our 2023 production of Semele to the stage…
Explore production support