Everything you need to know about our new production Mozart's Don Giovanni, which opens at Glyndebourne Festival 2023 this summer.

In this instalment of our Introducing series we explore Mozart’s Don Giovanni.

When a seduction goes horribly wrong, has Don Giovanni finally found a situation he can’t charm his way out of? Mariame Clément directs a new production of Mozart’s darkest comedy for Festival 2023.

In a post-Me Too world can we still allow ourselves to fall under the spell of art’s legendary seducer? Mariame Clément believes passionately in a work that she believes still has plenty to say to today’s audiences, confident that she can find an approach that comprises neither the work itself nor her own feminist convictions. Opera director Isabelle Kettle is less convinced. In our new short film, the two of them join opera expert Alexandra Coghlan to talk about how a director can preserve the anarchic spirit and provocations of the piece, without betraying the values of a new age. 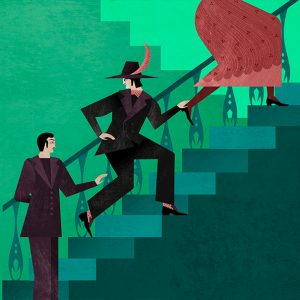 Don Giovanni (1787), Mozart and librettist Lorenzo Da Ponte’s take on the familiar Don Juan legend, is a work ahead of its time. If the pair’s first collaboration, Le nozze di Figaro, had delighted and entertained its audiences, this opera was altogether darker, moving even further away from operatic conventions towards a newly free-form, fluid music-drama that moves breathlessly and with devastating momentum from arias to ensembles and finales without pause.

Don Giovanni’s meticulously balanced blend of comedy and tragedy brings a new emotional breadth, truthfulness and flexibility to a plot that traces the downfall of notorious libertine Don Giovanni after an attempted seduction ends in murder.

Shakespearean in its collisions of tone and mood, the drama moves from light-hearted comedy in the scenes between flirtatious Zerlina and her suspicious fiancé Masetto to brutal psychodrama in the battle of wills between the Don and his defiant conquests Donna Anna and Donna Elvira.

Mozart’s score mirrors the drama closely. This most psychological of all Mozart’s opera creates a different musical language for each character. So while Donna Anna and Don Ottavio express themselves in the sophisticated musical language of the aristocracy, the music for Masetto and Zerlina is much simpler, earthier, more sensual. The ultimate chameleon, Don Giovanni reinvents himself as he moves between worlds, giving each woman what she wants musically (if not always romantically).

Why not to miss this production:

Mariame Clément directs Glyndebourne’s first new Don Giovanni in over a decade. Audiences can expect the director’s usual incisive, yet playful, blend of gender-politics and thematic interrogation, which were on display in her Festival-favourite production of Don Pasquale, and the innovative five-star reimagining of Il turco in Italia for Festival 2021.

Can Mozart’s Don still seduce a 21st century audience? Why not put it to the test… 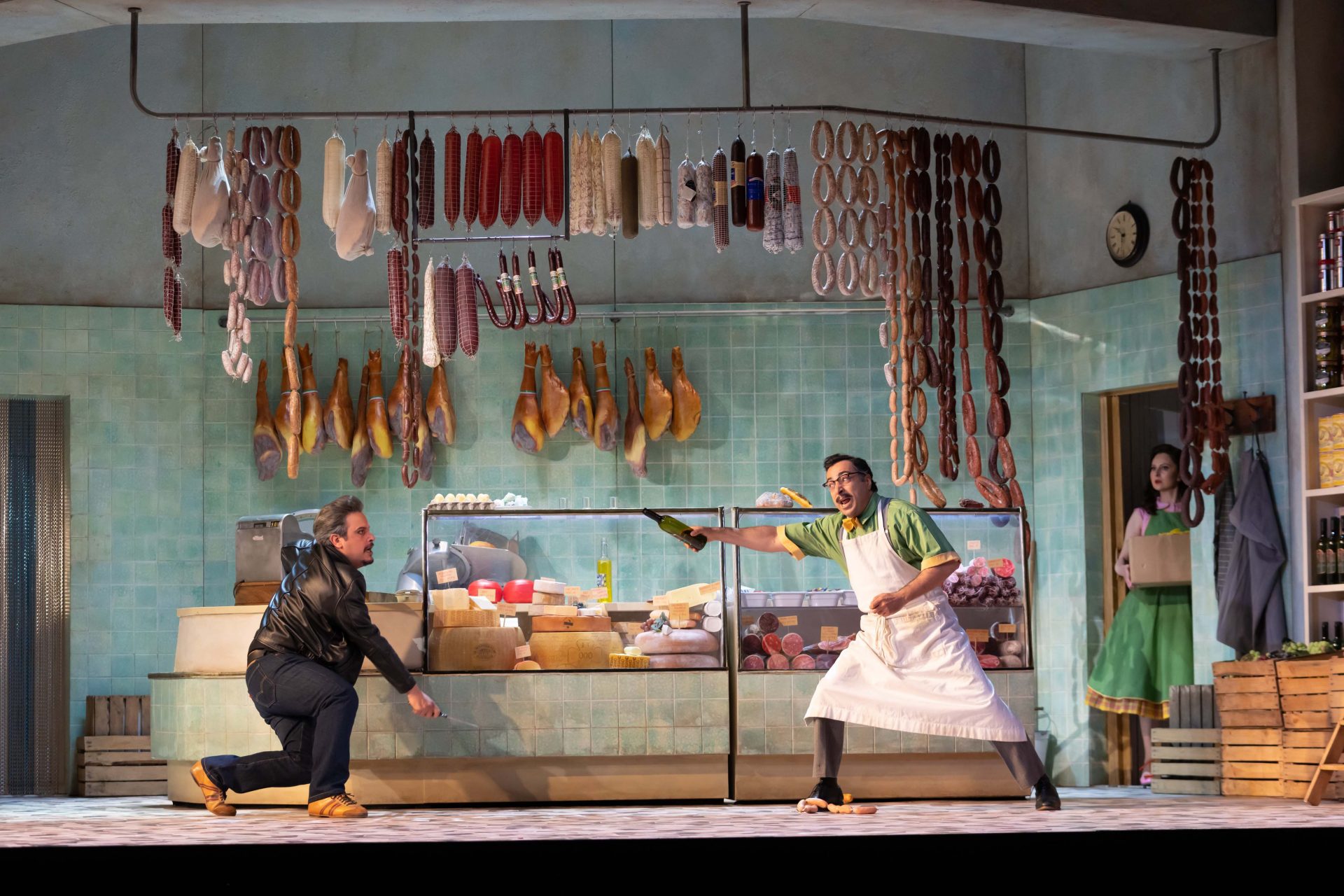 Giovanni’s much put-upon servant Leporello generates much of the opera’s comedy in his bantering relationship with his master. But while he may play second-fiddle to Giovanni professionally, musically he’s quite capable of stealing the limelight, as his enormous Catalogue Aria ‘Madamina, il catalogo e questo’ makes clear.

Revealing the full extent of the Don’s promiscuity to an appalled Donna Elvira, Leporello warms to his task, relishing the patter-song rattle of his endless list of conquests, before warming into moments of expansive (and possibly admiring) legato, as he muses on his master’s extraordinary sexual appetite. Whose side is he on? That’s far from certain. 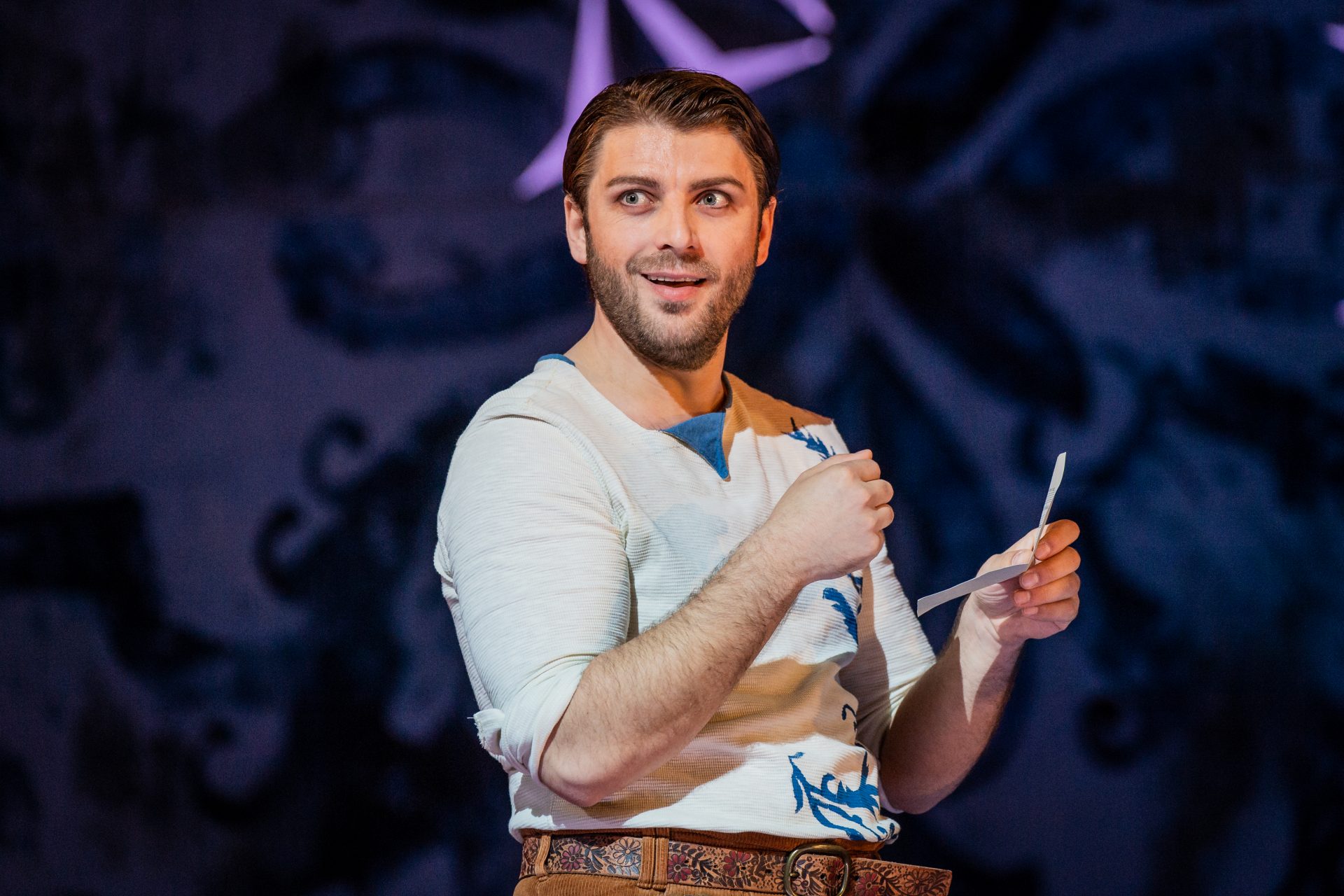 Rising-star conductor Evan Rogister makes his Festival debut with this production. Stepping into the Don’s shoes is baritone Andrey Zhilikhovsky, who will be familiar to Festival audiences from 2019’s Il barbiere di Siviglia ‘singing straight into the audience’s heart as he bounces on stage with his easy swagger’ (The Times) as Figaro. Mikhail Timoshenko makes his Glyndebourne debut as the long-suffering servant Leporello.

Thwarting their schemes are Venera Gimadieva’s Donna Anna and Ruzan Mantashyan‘s Donna Elvira, with Victoria Randem and Michael Mofidian as Zerlina and Masetto – the young couple who find themselves helplessly drawn into the Don’s dark world. Tenor Oleksiy Palchykov is the lovelorn Don Ottavio.

Don Giovanni is on stage 19 May – 15 July 2023. Public booking opens on Sunday 5 March at 6.00pm.
Find out more
Supported by a syndicate of individuals
Filming supported by Brian Mitchell Charitable Settlement
Bring world-class opera to the stage

To find out more about supporting a production for Festival 2023 click here
or contact our Director of Development, Helen McCarthy for an informal chat:
Call 01273 815 032 or email helen.mccarthy@glyndebourne.com

Enjoy opera clips and videos about Glyndebourne. Our free op…
Glyndebourne Shop
Our online shop offers a great selection of exclusive and locally sourced products. Every purchase supports our work.
Shop now
Become a Member
Enjoy priority booking for the Festival. Find out how you can join as an Associate Member
Join today
Support us
Glyndebourne is a charity and the Festival receives no public subsidy. We rely on generous supporters who are passionate about opera.
Find out more