Chris Addison explains why listening to Così fan tutte is one of his greatest pleasures, even if it does result in soggy fish and chips...

Chris Addison explains why listening to Così fan tutte is one of his greatest pleasures, even if it does result in soggy fish and chips…
I was driving on some Cornish lane with a bag of several portions of really excellent fish and chips on the passenger seat, racing – within the bounds of what is legal, of course – to get them to my hungry, and increasingly hangry, family. I remember this quite distinctly. I can see the hedgerow and everything. As we all know, the key with fish and chips is to get them to their destination quickly before they become disappointingly soggy. And so it is that I must warn you that under no circumstances should you attempt to do this if BBC Radio 3 is about to play ‘Soave sia il vento’, the exquisite trio from the first act of Così fan tutte. I pulled over and just listened. 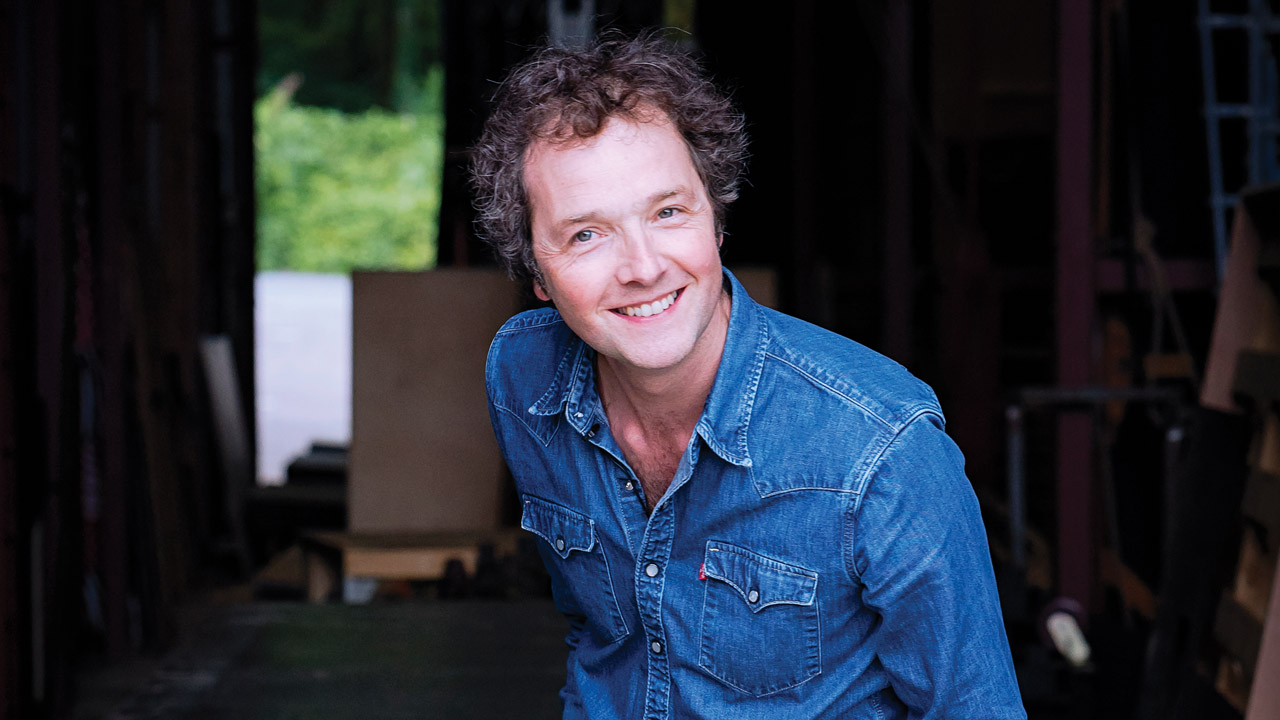 Chris Addison at Glyndebourne during rehearsals of La traviata: Behind the Curtain, Tour 2018 | Photo: James Bellorini

It isn’t long, that piece of music, but it is the single greatest written by a human. That’s not an opinion, by the way, merely a fact. You can use it in any pub quiz you might be writing. The voices of Dorabella, Fiordiligi and Don Alfonso entwine over the very simplest string accompaniment – gently pizzicato-ing cellos and basses which underpin the undulating violins above. It’s so simple, and yet I can’t think of anything more beautiful. And adding the little tang of lemon that lifts the sweetness is the fact that the whole song is a lie, a trick. Its heartfelt prayer is built on fake foundations; Don Alfonso is fooling the women into believing that their lovers are going to fight overseas.

I think that’s probably at the heart of why I love this opera above all others; Mozart has taken Da Ponte’s barbed and cynical libretto and encased it in music of remarkable sweetness, almost in opposition to the ideas at play.

There’s a kind of cognitive dissonance to that which in other hands might result in a disastrous clashing of tones but in Mozart’s combines to create something extra-delicious. You know, the way that it’s the salt in the Hobnobs that makes them taste so good.

Così fan tutte is tricksy, playful, sly. I realise that the plot and themes are outdated and frankly nonsense, but that strange interplay between the motivations and the actions of the characters and the music representing them feels so much more paradoxical and interesting than more straightforward tragedy often does. To pull off such complex lightness is a far harder trick than bringing the pain of, say, a mad scene.

Which isn’t to say that there aren’t moments here of straightforward purity and true beauty. Fiordiligi in particular gives us two of my favourite arias in opera – the forceful ‘Come scoglio’, in which she refuses to give way to her persistent suitor, and the heart-breaking ‘Per pietà’, where she’s just about to. I could happily listen to either of those at any given moment of any given day. In fact, once you start listening to just about any part of this opera, it’s quite the effort of will not to just keep going.

What I’m saying is, they had to eat their fish and chips cold. And I’d do it again, dammit.

This article was first published in our Members’ Newsletter, one of the benefits of Glyndebourne Membership.

much-loved Glyndebourne classic, Così fan tutte, will be on stage at Festival 2021
Find out more