To mark LGBTQ+ History Month, we look back at the career of Oliver Messel at Glyndebourne.

Glyndebourne has a rich LGBTQ+ history and to mark LGBTQ+ History Month, we are looking back at the career of Oliver Messel at Glyndebourne.

Artist, designer and maker, Oliver Messel (1904-1978), established himself as one of the most successful designers in Britain, designing film, theatre and ballet, including his masterpiece, The Sleeping Beauty, for Sadler’s Wells (now the Royal Ballet), bringing his unique style, whilst in the process creating a queer aesthetic.

In 2017 works by Messel were included in Tate Britain’s major exhibition, Queer British Art 1861-1967, alongside other key figures including Duncan Grant and Gluck. The exhibition guide noted Messel’s ‘fascination with dandyish excess, pastiche and artifice’ as the defining characteristics of his queer aesthetic.

Messel came to Glyndebourne in 1950 to design new productions of Strauss’s Ariadne auf Naxos (1st version) and its ‘prologue’ Le bourgeois gentilhomme, both of which premiered at the Edinburgh Festival that year. He would continue to work for Glyndebourne until 1959 (though his productions would be revived until 1965), designing nine (ten including Le bourgeois gentilhomme) productions, including Le nozze di Figaro, Idomeneo and Der Rosenkavalier. 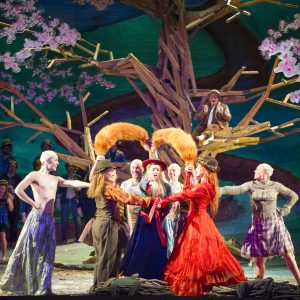 What’s in the Archive? 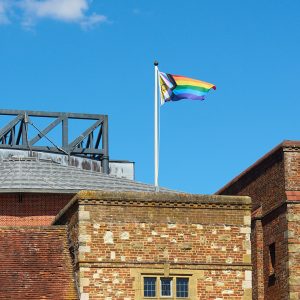 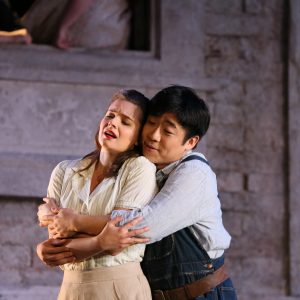 Stories from the Archive: romantic moments on the Glyndebourne stage

Messel’s distinct queer vision – ornate, magical grandeur with modernist sensibilities, is very much present in his set and costume designs for Glyndebourne, all heavily influenced by Messel’s own interpretation of seventeenth and eighteenth-century art, mixing rich, royal colours including purples, blues and golds. These productions were all, incredibly, created within post-war austerity Britain, which meant that budgets were tight, though as his assistant, Tom Carls, notes, Oliver was ‘dimly’ aware of budgets, ‘he would talk about it [budgets] and then ignore it’, particularly when it came to fabrics. Carls explains that Messel was very meticulous about what he wanted, only to be met with the response ‘Oliver, you can’t have pure silk’. However, after seeing the distaste on his face after being presented with ‘lesser’ alternatives, he nearly always ended up having his own way. 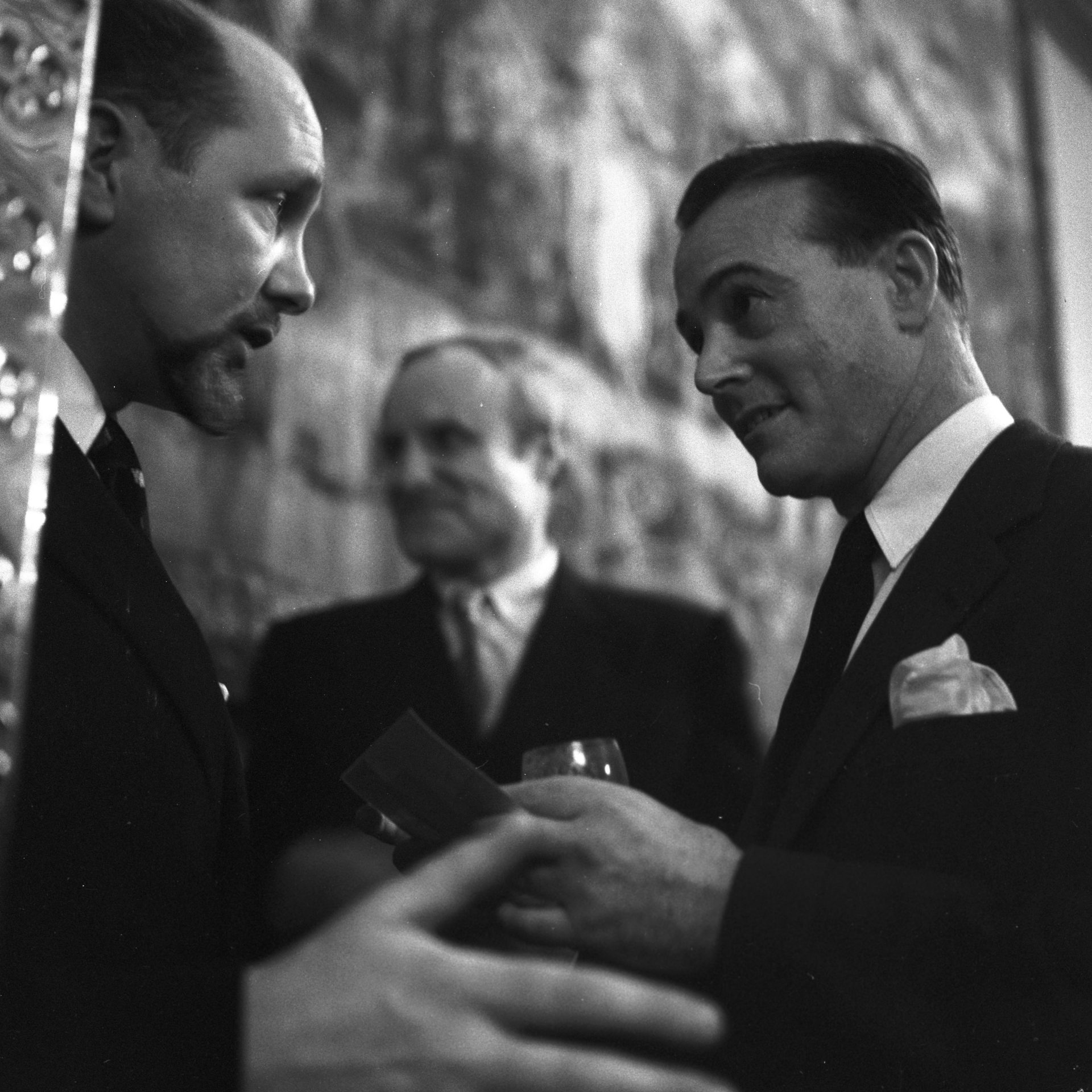 Messel was well known for making many of the props himself, being in complete control of the production design, Toms would later note ‘he always had something you could pull out from somewhere to make into something…he could make beautiful things. Fashion almost anything out of anything’. The Glyndebourne Archive holds several props made by Messel, including an extravagant platter of fruit covered by a large frame topped with a swan (from Le bourgeois gentilhomme), a jewelled rose and four masks, all from Der Rosenkavalier. Masks were a recurrence throughout Messel’s career, his first exhibited works were masks, and he began his career in theatre design by creating masks for Flore et Zéphire for The Ballets Russes. All handmade, the masks show expert craftsmanship and a signature style that would continue throughout his career in theatre, film and design.

By the mid-late 1950’s, Messel’s style had started to grow unpopular with British audiences, despite his earlier critical acclaim, and seen as outdated, tired and unable to compete with the more popular social realist styles, including the newly popular kitchen-sink drama. During this period, Messel had turned his attention away from theatre and towards architecture and interior design, working almost exclusively in the Caribbean.

Same-sex relationships between men were illegal in England until 1967, yet Messel lived relatively openly as a gay man. His partner Vagn Riis-Hansen was also well known at Glyndebourne through his association with Messel and was affectionately known as ‘The Great Dane’. Riis-Hansen also acted as Messel’s manager and much of the correspondence held in the Glyndebourne Archive concerning Oliver is written on his behalf by his long-term partner. Glyndebourne’s General Manager at the time, Moran Caplat, in his autobiography, Dinghies to Divas, casually mentions that Riis-Hansen was ever present by Messel’s side and made no secrets about being gay. This was unusual for the time, and Messel was arguably only able to live as openly gay man because of his social standing and his connections.

Though best-known at Glyndebourne for his productions, Messel was also significant for his long luncheons and dinner parties in support of Glyndebourne. From these parties the idea of a Glyndebourne membership scheme for both companies and individuals gradually developed. The membership scheme was inaugurated at Oliver Messel’s luncheon party on 9 November 1951, and the Glyndebourne Festival Society (which celebrates its 70th anniversary in 2021) was created. 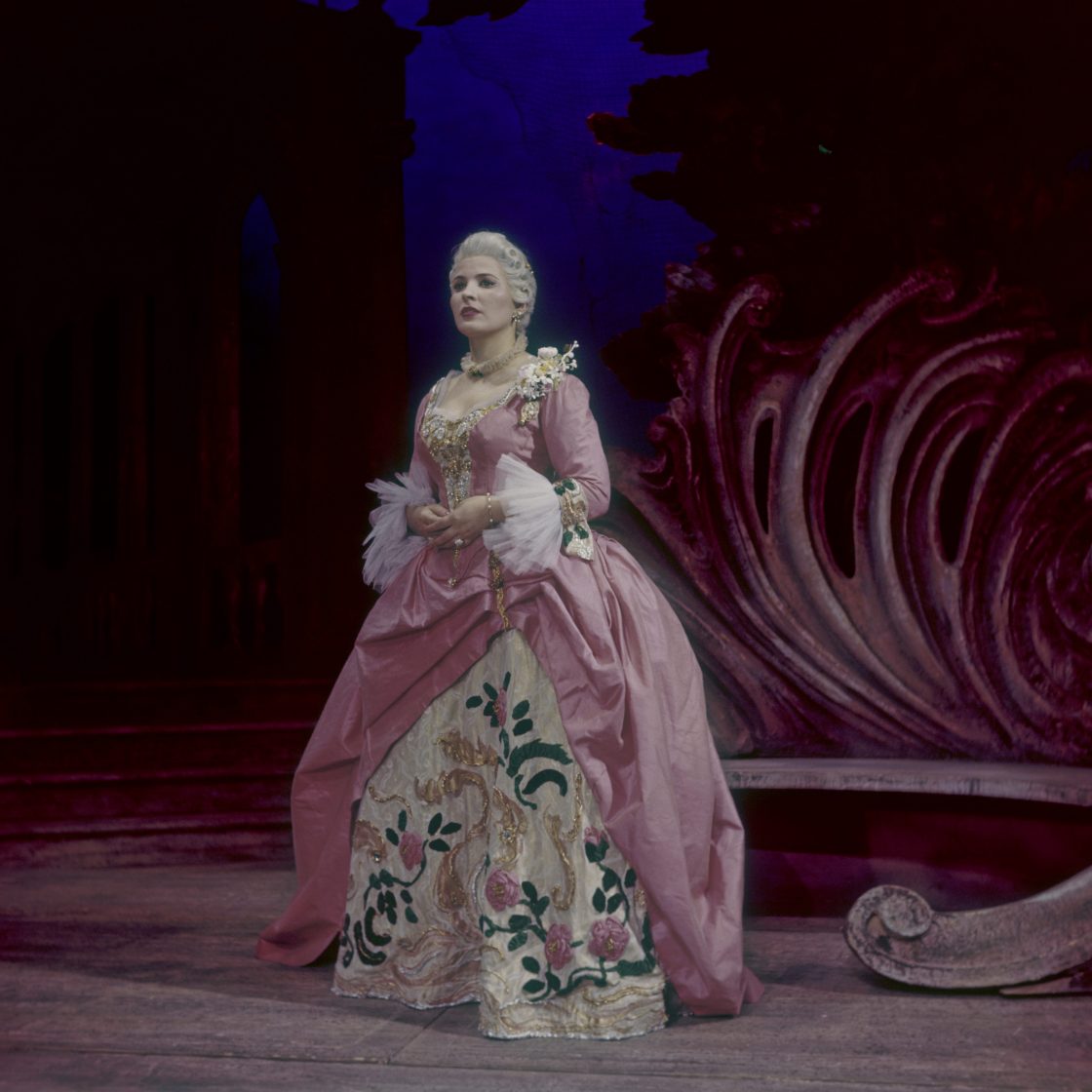 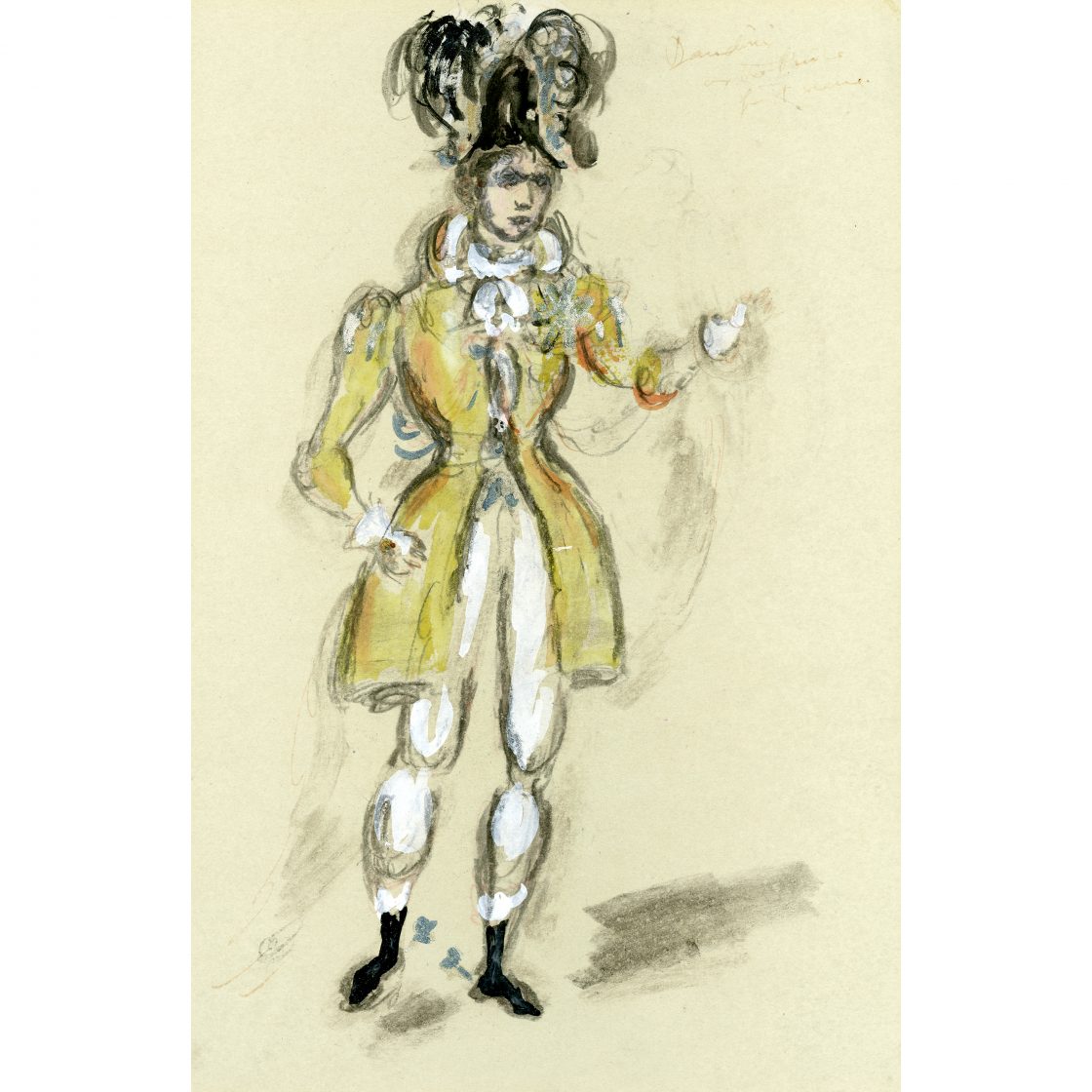 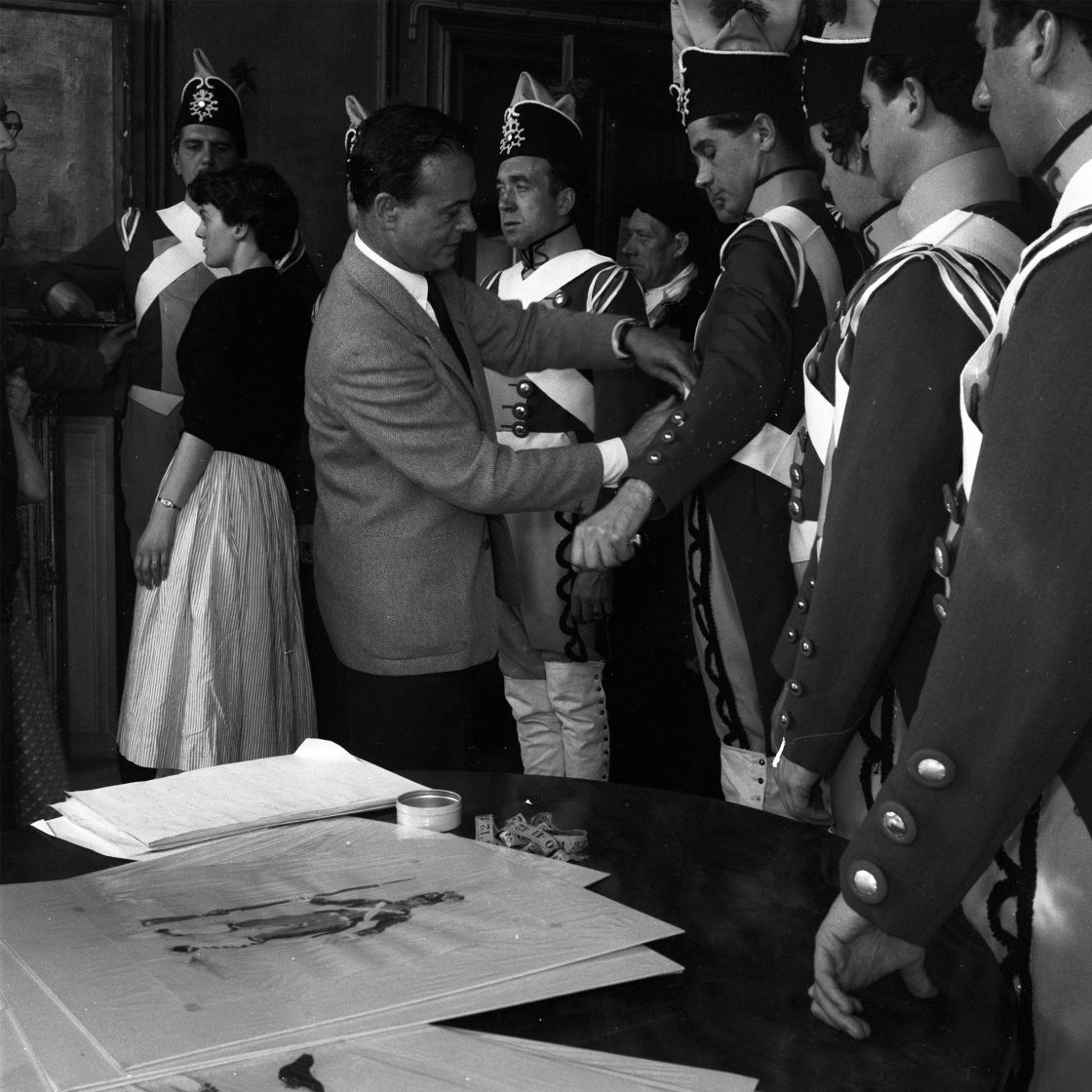 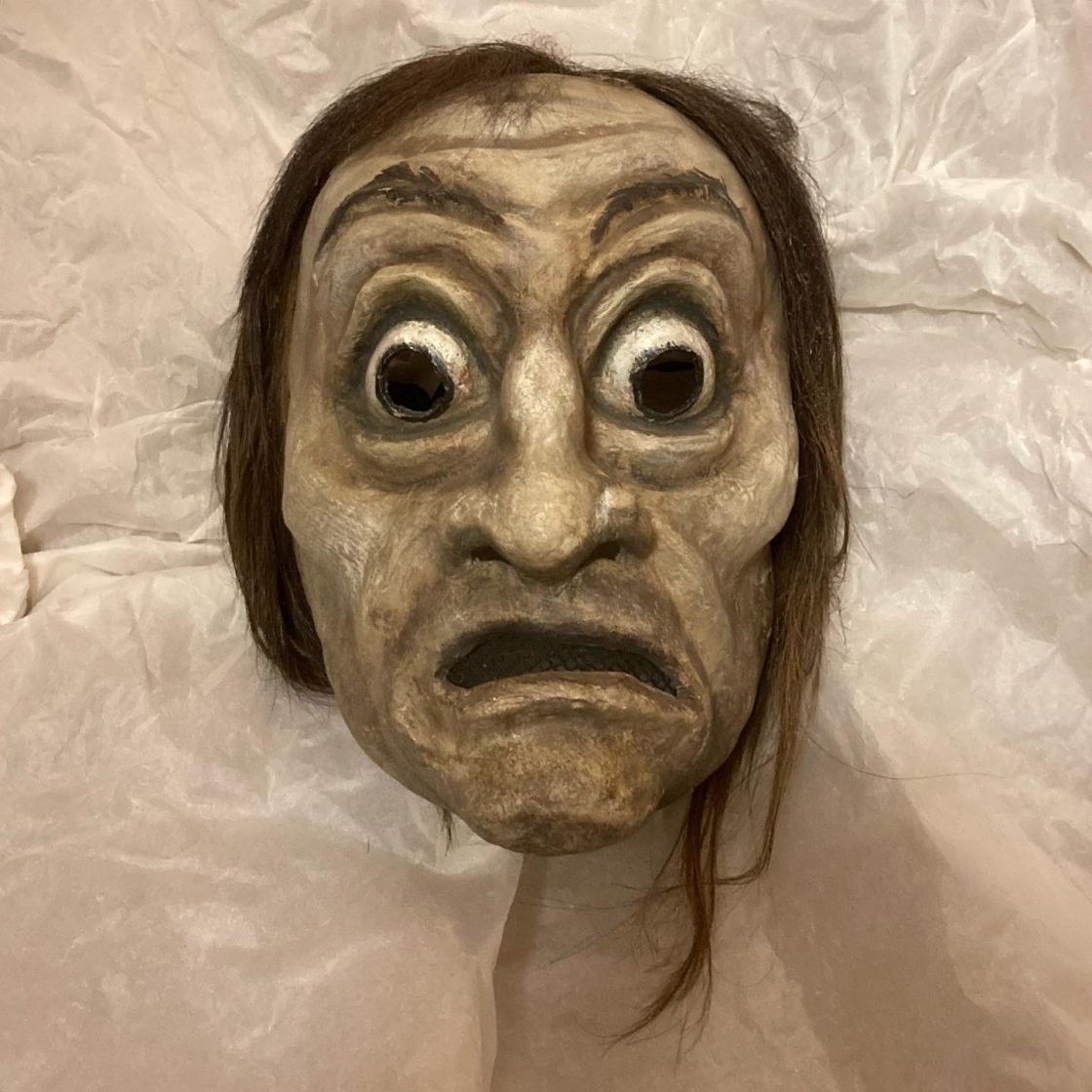 A mask from Der Rosenkavalier 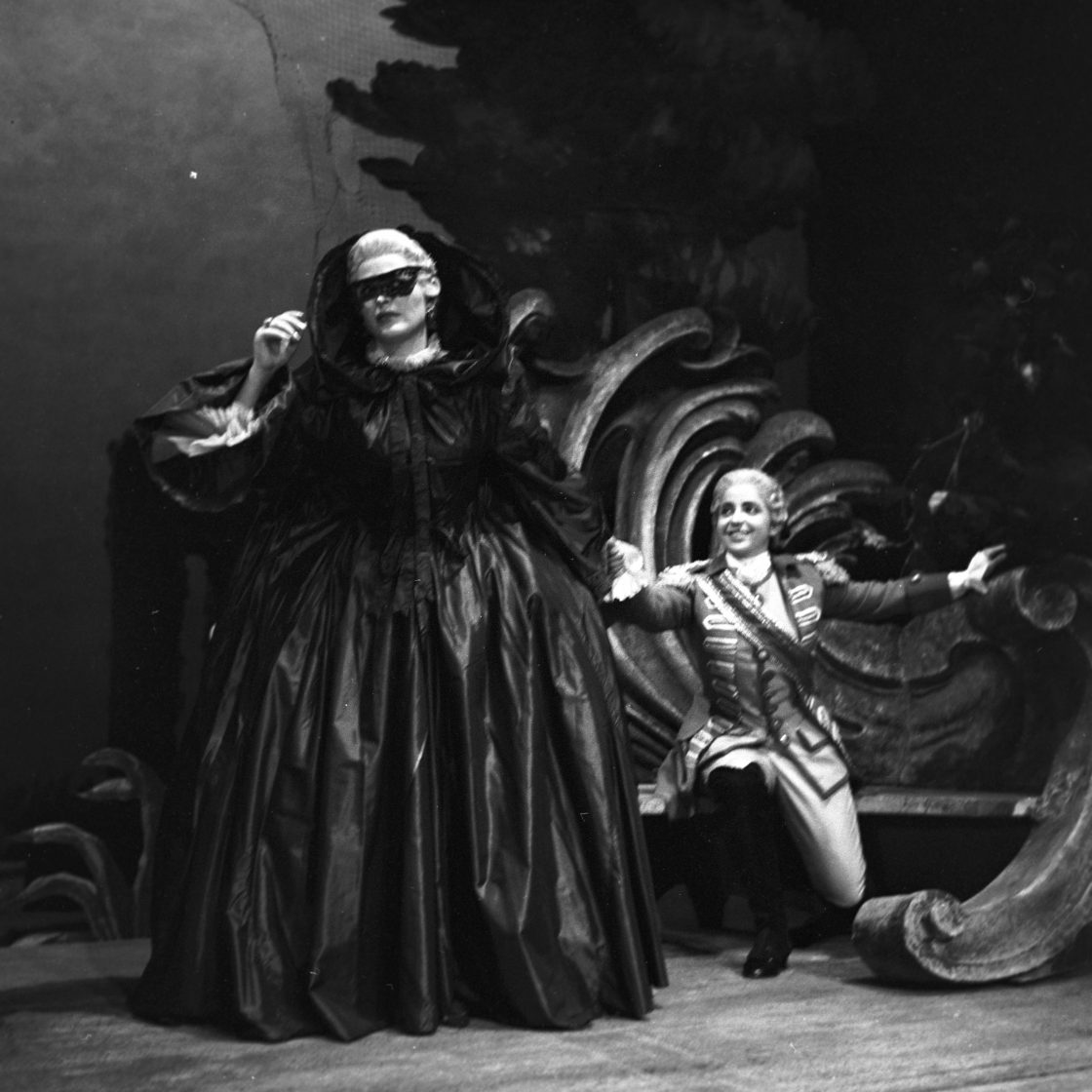 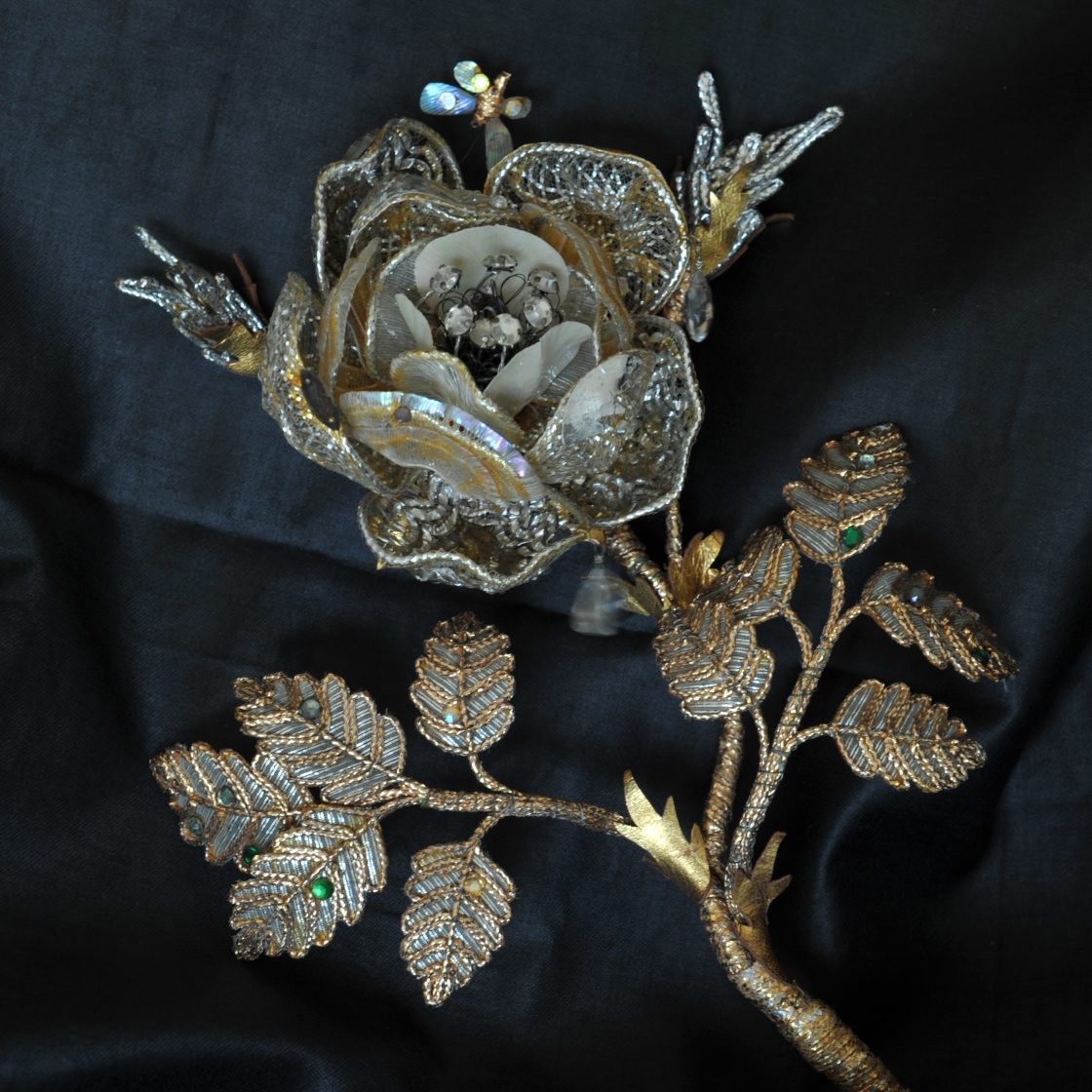 Oliver Messel’s legacy still lives strongly at Glyndebourne, through his incredible achievements, his strong presence in the Archive, his name on buildings, his smiling face in photographs hung in corridors, and through his introduction of a queer aesthetic to Glyndebourne. An aesthetic that has been redeveloped, redefined and revisited ever since.

Carl Toms was one of the many Glyndebourne figures who contributed to our oral history project. Recordings of his interview, and many others are available to listen to in the British Library’s online collection. You can listen to Toms’s interview here.