One of the world’s finest symphony orchestras.

The London Philharmonic Orchestra is one of the world’s finest symphony orchestras, balancing a long and distinguished history with a reputation as one of the UK’s most adventurous and forward-looking orchestras.
As well as giving classical concerts and opera performances in the UK and internationally, we also record film and video game soundtracks, have our own record label, and reach thousands of people every year through activities for schools and our local communities. 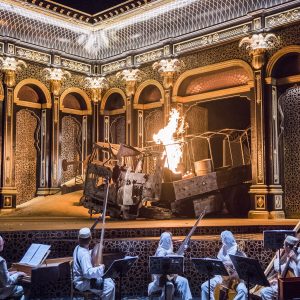 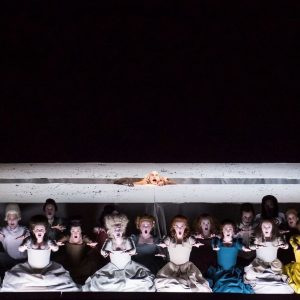 The Orchestra was founded by Sir Thomas Beecham in 1932, and since then has been headed by many of the great names in the conducting world, including Sir Adrian Boult, Bernard Haitink, Sir Georg Solti, Klaus Tennstedt and Kurt Masur. In 2007 Vladimir Jurowski became the Orchestra’s current Principal Conductor. Edward Gardner is currently Principal Conductor Designate, and will succeed Jurowski as Principal from September 2021. Karina Canellakis became Principal Guest Conductor in September 2020. The Orchestra’s current Composer-in-Residence is Brett Dean.

Image credits: Header image of the LPO, photo by Benjamin-Ealovega

The Glyndebourne Chorus provides the much needed transition …
About us

Supporting the next generation of singers, instrumentalists …
Glyndebourne Shop
Our online shop offers a great selection of exclusive and locally sourced products. Every purchase supports our work.
Shop now
Become a Member
Enjoy priority booking for the Festival. Find out how you can join as an Associate Member
Join today
Support us
Glyndebourne is a charity and the Festival receives no public subsidy. We rely on generous supporters who are passionate about opera.
Find out more