Any opera production is the product of close collaboration between the different members of a creative team, working together to deliver the director’s overall vision.

The lighting designer’s job is to use light to create the right atmosphere or mood on stage, with help from Glyndebourne’s lighting department.

For the Members’ 2019 Spring Newsletter Kate Harvey spoke to Lighting Supervisor Dave Manion about working with external designers and how lighting is recorded and revived when a show returns to the Festival or Tour.

To help the lighting designer get started, the lighting department sends them a plan of the lights in the auditorium, including front-of house, above and side of stage. This is known as the lighting rig. Using this plan, a designer can start to formulate their ideas and select which of the available lamps they wish to use. A key tells them what kind of fixture is available in the lighting rig, whether it has a gel-scroller that would enable colour change or CMY colour mixing. 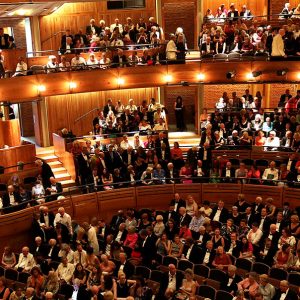 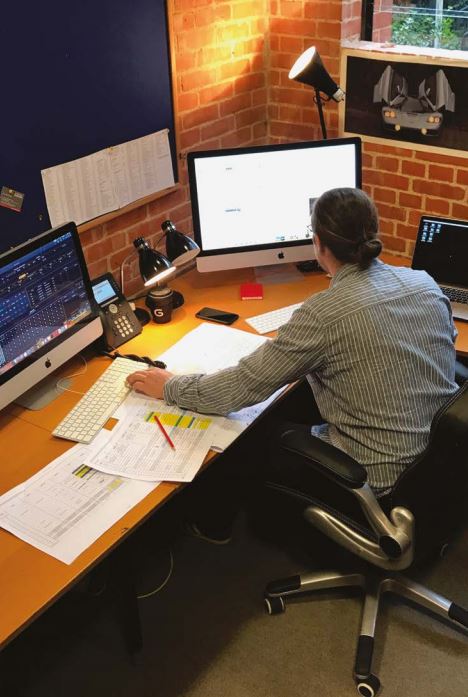 ‘About two to three months before it hits the stage we’ll really start nailing down what’s going to happen with the lighting rig,’ explains lighting supervisor, Dave Manion. ‘They’ll send us a plan of their idea and then they’ll liaise with us to finesse the design further. A new production is a new sandpit to play in. Lots of ideas get put on paper. You can start with a thousand lights and end up only using 500, or you start at 500 and end up at a thousand. I think it’s best to overcook and then slowly chip away until you get the shape you want; it seems to be a smoother process.

‘It’s our job to liaise with the lighting designer and also let them know of any restrictions,’ Dave continues. Those restrictions include space, budget, and the audience experience. ‘There are certain lighting designers that like very bright intense light, but those units can be very noisy because of the cooling fans needed’ says Dave. ‘A lot of those lighting designers want that coming from the front of house and we can’t allow that here because in the quiet moments you can hear the mechanics inside. We like to keep our equipment as quiet as possible, so we don’t ruin the experience for the audience.’

Plan in place, rehearsals begin, and the final lighting design emerges. It is the job of the lighting supervisor to record the finished design, so that the production can be successfully revived. Every Glyndebourne Festival is made up of a mix of new productions and returning favourites. Typically the responsibility of lighting a revival is given to the person who supervised the original lighting designer. They work from the meticulous records that were made when the show was first produced. ‘We have all the plans that we drew up the first time,’ explains Dave. ‘Everything’s kept, follow-spot cue sheets and on stage cues, lighting control show files.’

Record-keeping is aided by a piece of software called Moving Light Assistant which can read the information programmed into the lighting desk for each show and identify the presets, colours and moving lights that were used. As well as that, the team take a lot of photos.

‘We have photographs of the cues, photographs of positions and we use video as well. So you’ve got all these different things to feed from. It can be five to ten years since you last did a show, so remembering what a show was like in your head is nigh on impossible.’

The importance of photography and video has grown, thanks to advances in technology. In the past, the team would have relied entirely on written descriptions of the look and feel of a show. And while photography, video and written records are important, the human eye is still vital. ‘It’s our job to have the eyes and the judgement to say whether something looks right or wrong,’ Dave confirms. ‘People think that when a show is revived you just focus the lights again, press ‘go’ on the lighting desk and it just works. It doesn’t. It still takes a good week or two of smoothing things out.’

A revival can present an opportunity for the lighting designer to make changes to the original lighting. ‘When we’re in the Festival situation and you’ve got five lighting sessions, a show is never going to be 100% perfect in our eyes,’ Dave says. ‘There’ll be something we didn’t quite get enough time on. So there’ll be an email conversation with the original lighting designer and they’ll say, ‘do you mind doing this or that to the scene?’’

On other occasions the revival director might request a change during the rehearsal process.‘We’ll have to make that judgement but keep faithful to the original design,’ says Dave. ‘We’d never steer too far away from the original design, it’s not our job to do that.’ 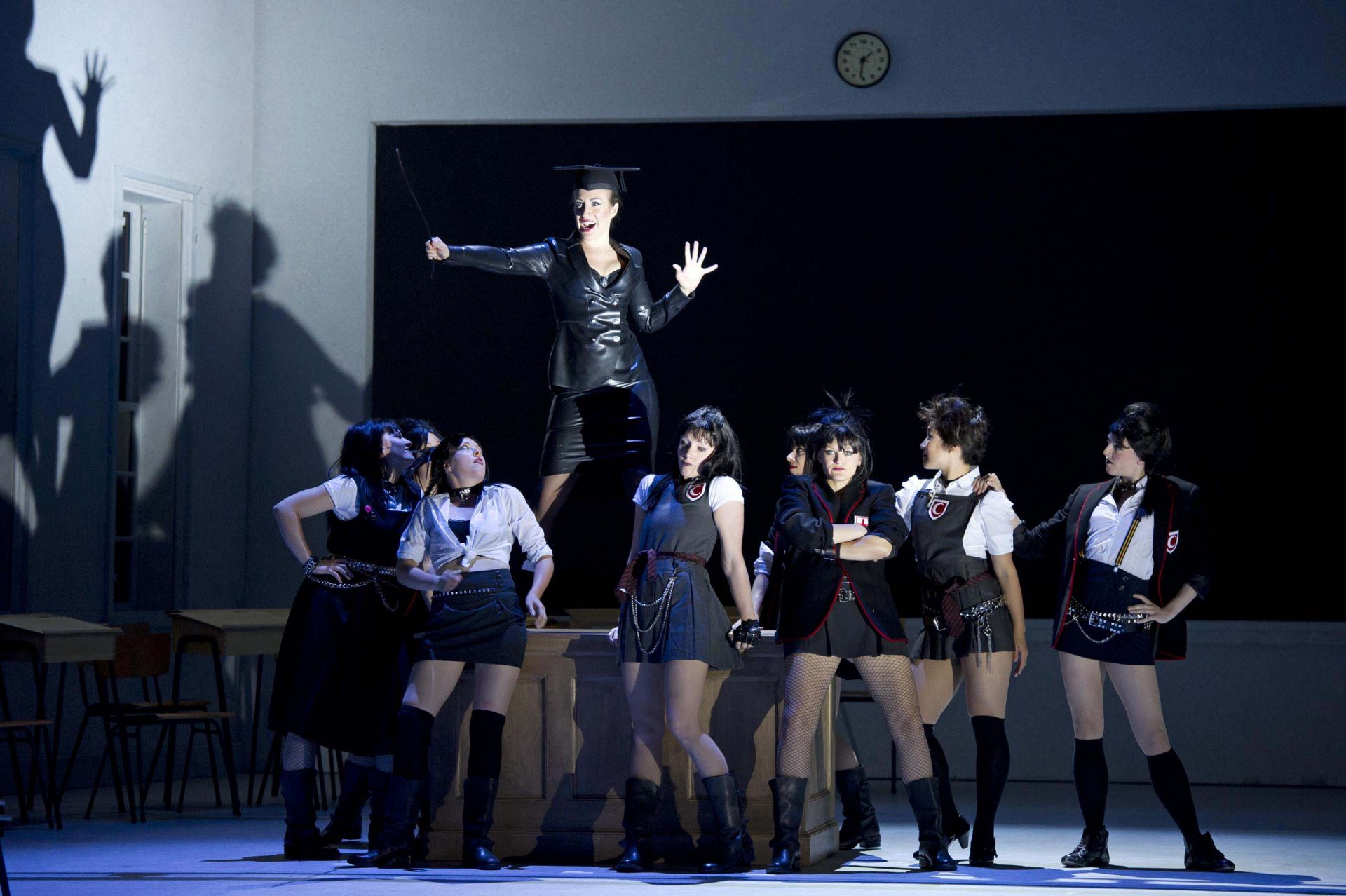 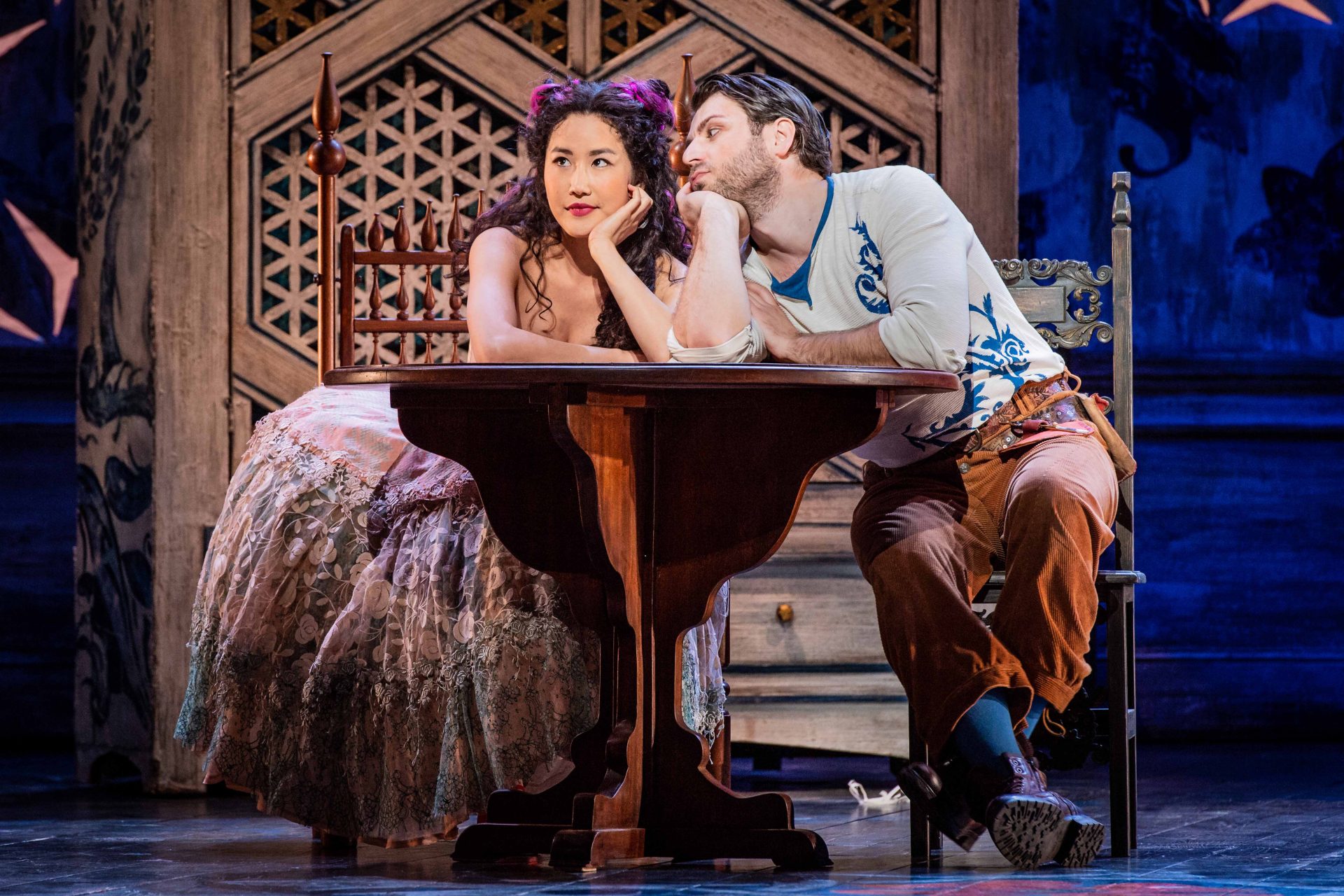 One of the main challenges for the lighting team is balancing the competing technical requirements of the six shows in a season. ‘When you’re in the Festival, you’ve got six shows to think about and four of them overlap each other. Once you start getting flying pieces in there, and walls and bits of set, and all the rest of it, you start running out of space pretty quickly.’

Festival 2019 features a lot of flying which means space above the stage will be at a premium. In recent weeks, as plans for the new productions have developed, meetings have taken place to discuss what implications there might be for delivering the technical requirements of the revival shows. Where necessary, accommodations are made to make sure that the lighting department can achieve the changeover from one production to another in the three hours available.

‘You have to have a little bit of give and take on positions so that everything is a little bit more slick between the changeovers.’ Having made these assessments, Dave is feeling confident about the productions he is overseeing in 2019: ‘The way that the shows are rigged and everything, they’re very achievable in how they originally were, so there shouldn’t be any problems.’ Look out for his work in this year’s Festival where he is reviving the lighting for Rinaldo and Il barbiere di Siviglia.