We catch up with Carrie-Ann Williams who is playing the role of Giannetta in our Tour production of Donizetti's L'elisir d'amore.

Carrie-Ann Williams makes her Glyndebourne debut this Tour season in our production of L’elisir d’amore.

We caught up with Carrie-Ann to find out how she got into opera and what it’s like to perform at Glyndebourne as Giannetta. 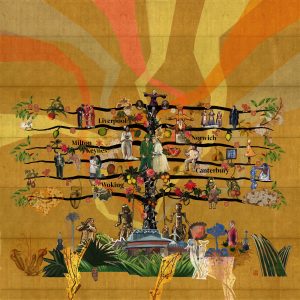 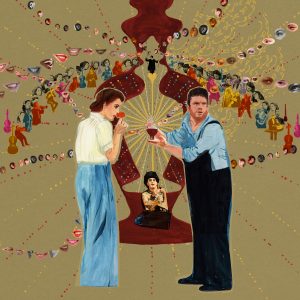 L’elisir d’amore
What was the first ever opera production you saw and what impact did it have on you? Did you fall in love with the artform straight away or was it something that took a little time?

In 2003 I went to see Glyndebourne’s production of Carmen being performed at the Regent Theatre in Stoke-on-Trent. I remember being extremely excited to watch an opera, as I had been listening to opera for a while before that – when I was 11, I found a record in my parents’ collection of Maria Callas singing Tosca, and I kept listening to ‘Vissi d’arte’ over and over, I must have worn the record out! So I had fallen in love with the music before having seen an opera. When I saw Carmen I remember wanting to go on stage and join them because everyone looked like they were enjoying themselves so much, that production has a very special place in my heart.

Can you tell us a little bit about how you started your career in opera?

I was extremely lucky that my school organised lots of visits to the opera, and I was able to work with Clonter Opera Theatre and Glyndebourne in their educational programmes when they toured. I remember watching Glyndebourne’s production of La traviata and being taught The Drinking Song in English, and thinking at the time that I would love to sing this on stage. The workshop was during the day, and in the evening we watched the show. When that scene came on, I knew the tune and what they were singing about, so it made me feel like a part of the show.

I went on to study at Birmingham Conservatoire for my undergraduate degree and then the Royal Academy for my masters. During my undergrad I took part in (and won!) Stoke’s Top Talent. Part of the prize was a role in their Christmas pantomime at the Regent Theatre, and at the same time Glyndebourne were touring Le nozze di Figaro. The theatre production kindly got in contact with Glyndebourne and told them about me and my hopes of becoming a professional opera singer. Glyndebourne were brilliant and alongside tickets to watch the show they arranged for me to tour the set and meet Jean Rigby, who was performing the role of Marcellina, and she gave me great advice and coaching tips, and we are still in contact today. 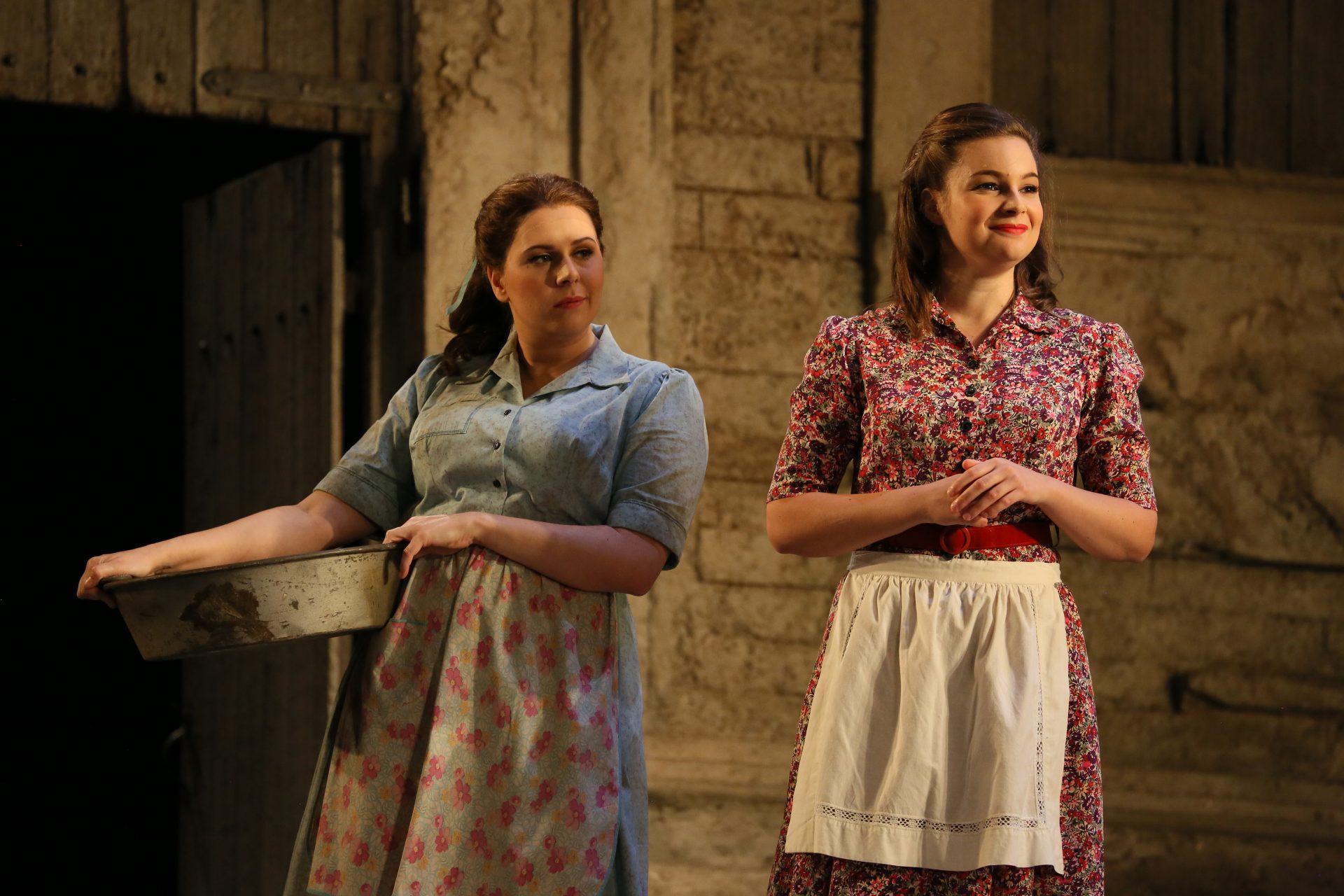 How did you find the rehearsal process for L’elisir d’amore here at Glyndebourne in comparison to other places you have worked?

Annabel’s production of L’elisir d’amore is beautiful! She really has grasped the characterisation which makes it so much fun to work on. It has been great fun working with everyone, there are only five named characters so we have gotten quite close with one another. Also I’m lucky to work with two colleagues who I studied alongside. Matthew Durkan (Belcore) and I went to Birmingham Conservatoire for our undergrad and Ben Glassberg [Principal Conductor of Glyndebourne Tour] and I were both at the Royal Academy of Music doing our masters. I find working at Glyndebourne and the people working there are like family. Everyone is so friendly and supportive of each other, we really are like a big family and I should know being one of five myself!

You are playing Giannetta in L’elisir d’amore on the Tour this year – how did you prepare for the role?

Giannetta is an interesting role, although out of the five characters it’s the smallest part, she’s watching a lot of the action, and has a lot to contribute. She sees this romance and love triangle between Belcore, Adina and Nemorino and personally I think she’s jealous of how much attention Adina is getting!

Giannetta tends to sing along with the chorus, although she has her own musical line she sings the same text as them, enhancing the gossip she is. It suggests she’s leading the troupe on, which becomes much more apparent in the girls ‘drunken’ scene in Act II when she gives them the latest gossip about Nemorino.

Why do you think people should come along and see this production of L’elisir d’amore?

I hear the role of Giannetta is quite something! Seriously though – I think it’s a perfect opera for first-timers and for regular opera fans! Dramatically and character-wise it’s brilliant, it’s musically wonderful and extremely funny, what more could you ask for?

Annabel has done a stunning job with the set and staging which really helps to draw the audience in, there is never a dull moment and there is ALWAYS something to watch on stage. You will definitely leave the theatre feeling joyful! 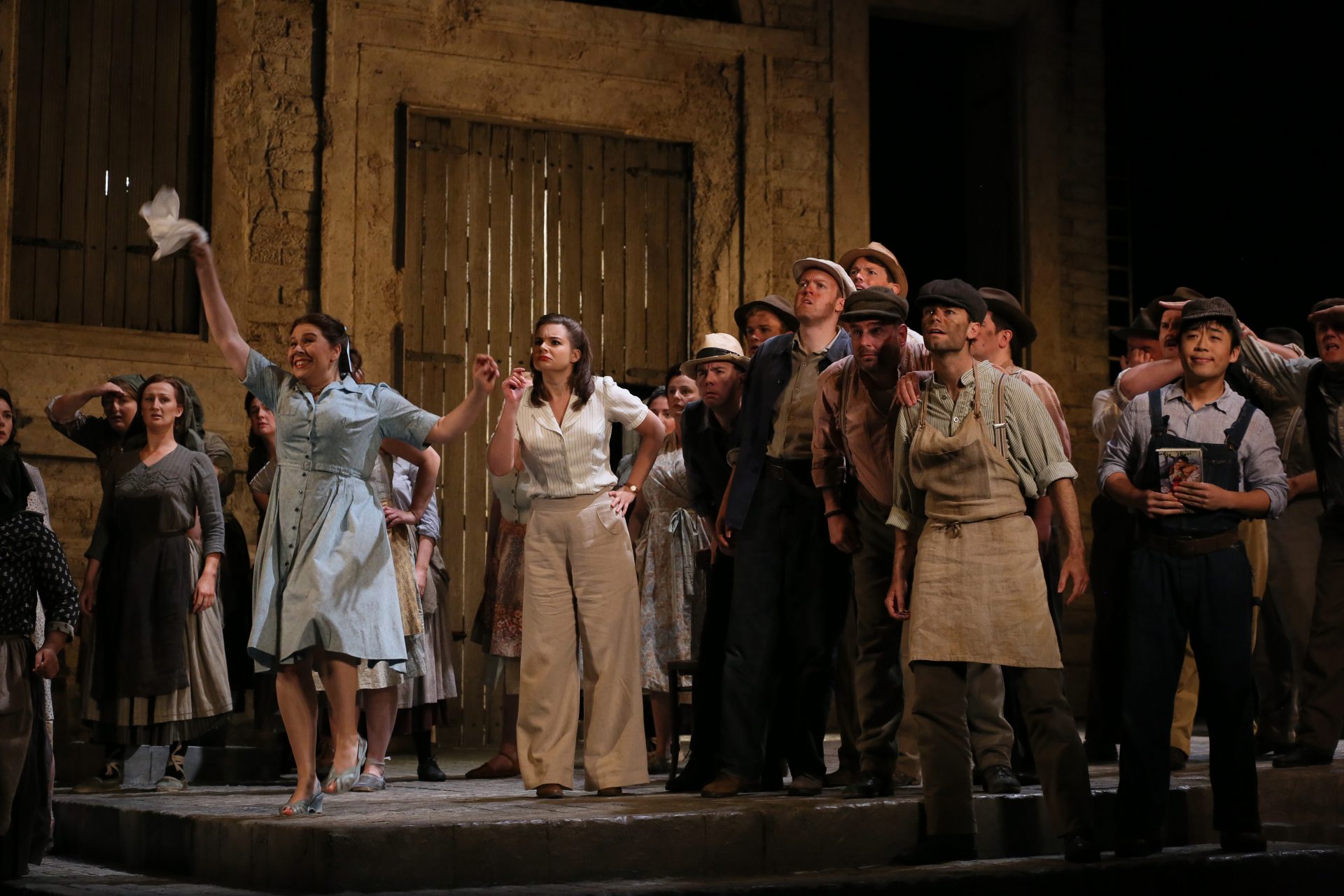 HOW DO YOU FEEL JUST BEFORE THE CURTAIN IS ABOUT TO GO UP AND YOU ARE ABOUT TO GO ON STAGE?

Honestly, a mixture of really nervous and really excited, and sometimes I can’t tell the difference between the two! It varies with different roles, but I try to keep my energy up and get into character before I’m on the stage, and because Giannetta is such a feisty character I’m usually jumping on the spot in the wings.

WHAT IS IT LIKE TO STAND ON THE GLYNDEBOURNE STAGE AND PERFORM TO A FULL AUDITORIUM?

Exhilarating, I genuinely have to pinch myself at times! There’s a moment in Act II when I sing with the ladies chorus and I’m telling all the ladies to be quiet (repeatedly) on stage. It’s amazing because at one point everyone is quiet – the chorus, orchestra and audience are all waiting in suspense for me to tell my story. I get goosebumps every time I sing that part.

Just touring with my friends and colleagues will be an amazing experience in itself, and to have a chance to sing in some amazing theatres across the UK. I’m really excited to go to Liverpool because I live in Chester so it’s really not far from home, and I have a lot of my family coming to watch me and support me. My little brother who lives in Malta is flying over just to come and watch!

Tour 2020 will see autumn performances at Glyndebourne and a…
Feature

We catch up with Jacquelyn Stucker who is playing the role o…
Glyndebourne Shop
A beautiful array of gifts for her, for him, for children and for the house and garden. Every purchase supports our work.
Shop now
Opera Cup
Join us in discovering the opera stars of tomorrow
Find out more
Become a Member
Enjoy priority booking for the Festival. Find out how you can join as an Associate Member
Join today