A first look at Fidelio

Fidelio director Freddie Wake-Walker gives us a glimpse into his new production and shares insights about Beethoven’s only opera.

A first look at Fidelio
In this short film, Fidelio director Freddie Wake-Walker gives us a glimpse into his new production before it’s Glyndebourne premiere on 8 October.
He also shared with us the following insights about Beethoven’s only opera. 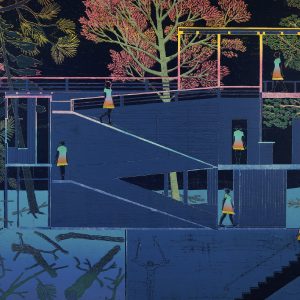 For me, Fidelio is ultimately an opera about hope. It’s about the human ability to imagine a world beyond our immediate surroundings, and of course that allows us to be able to imagine a different future, a different vision for our lives. But it also causes us to feel longing and disconnection.

For a director, Fidelio is a unique opera to tackle. It’s Beethoven’s only opera so from my point of view it’s my only chance to get inside Beethoven’s music. Beethoven also has a very specific theatrical style. He’s not really interested in creating a scenario. He doesn’t think about how the performers are going to move and manifest a scene on the stage. Beethoven is much more interested in representing the deeply held emotions within the characters, and also representing their visions, their dreams, their ideals. That’s a huge challenge for a director.

I think that even the most avid fans of Fidelio will admit that the spoken dialogue isn’t great. It’s very clunky and there are lots of holes in the back story. What we’ve done – and we’re not the first to have done this – is to cut all of the spoken dialogue and replace it with our own new spoken text. By doing that we’ve also created a new character, Estella.

Estella exists within the world of the opera but she also acts as a quasi-narrator, as a bridge for the audience to bring them into the piece. Estella receives a letter that Leonore has written to Florestan, and she’s inspired by this letter to change her life and to fight against the oppressive system in which she lives. Her life very much parallels Leonore‘s journey through the opera. I hope that she also embodies some of the feelings that Beethoven himself experienced – feelings of longing for a partner, for a lover, and also the feelings of loneliness and disconnection as, over the course of his life, he went slowly deaf.