Following the fierce competition at the Semi-final, six singers have been selected to go through to the Opera Cup Final...

Book tickets
Yesterday 20 singers took to the Glyndebourne stage to battle it out for only six places in the Final of the Opera Cup 2020.

After careful deliberations, the international jury revealed who will go head-to-head in the Final on Saturday. The six finalists are:

Stephen Langridge, Glyndebourne’s Artistic Director and chair of The Glyndebourne Opera Cup jury, said: ‘The Glyndebourne Opera Cup seeks to find the most exciting young singers in opera and we have certainly done that. The jury was incredibly impressed with the standard of the semi-final and it was a hard job to select just six singers to go forward to the final.  The stage is set for an inspiring final; a showcase for the radiant new generation of international operatic talent.’ 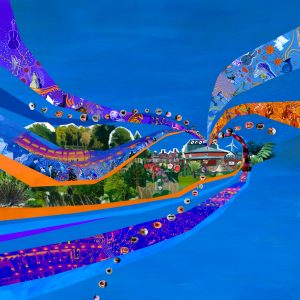 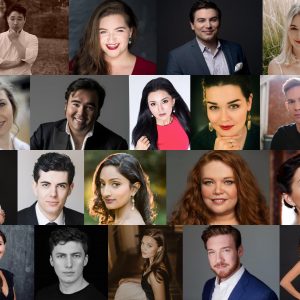 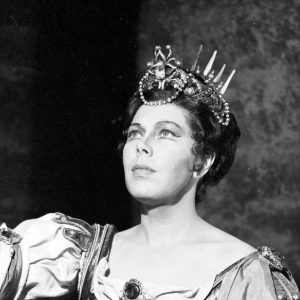 Stories from the Archive: the Opera Cup judges 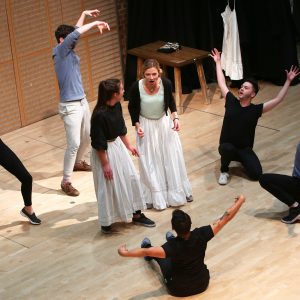 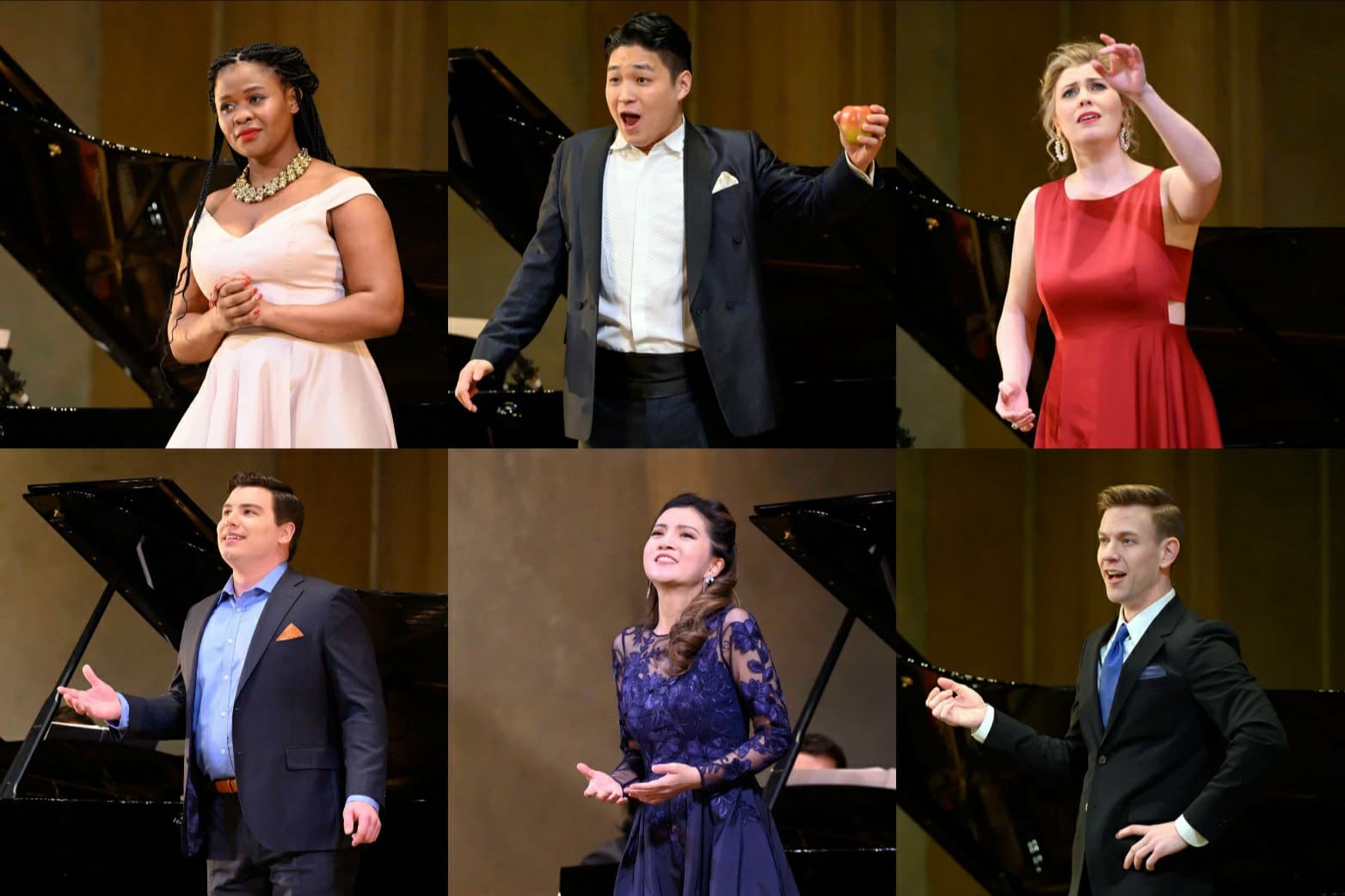 South African mezzo-soprano Siphokazi Molteno, 27, is a rising star from Cape Town. Her first encounter with opera came when her high school choirmaster suggested she sing a Mozart aria. She started singing at the age of six but had no exposure to opera before the teacher insisted she try the aria from La clemenza di Tito. In the Final she will perform ‘Nacqui all’affanno… Non più mesta’ from La Cenerentola, ‘Connais-tu le pays’ from Mignon and ‘Tu fosti tradito’ from La clemenza di Tito.

British soprano Alexandra Lowe busked on the streets of Blackpool to help fund her studies at the Royal Northern College of Music. She discovered her love of classical music after she was given a Charlotte Church album for Christmas when she was 13 and imitated Church singing ‘Ave Maria’. She says that people can be quite snobby about ‘crossover’ artists – but that’s how she got into opera. At the Final she will sing ‘Assisa a piè d’un salice’ from Otello, ‘Que vois-je là? Je ris de me voir si belle (Jewel Song)’ from Faust and ‘In quali eccessi… Mi tradì quell’alma ingrata’ from Don Giovanni.

American tenor Eric Ferring grew up in a small town in Iowa with little access to opera. At High School he sang in a lot of musicals, but after missing out on a part he entered a classical voice competition instead. After the competition he realised how much he loved opera – with all of its history and stories. In the Final he will perform ‘Dies Bildnis ist bezaubernd schön’ from Die Zauberflöte, ‘Amici miei… Il mio tesoro’ from Don Giovanni and ‘C’est vrai… Ma tête est folle… En fermant les yeux’ from Manon.

South Korean tenor Sungho Kim is the cousin of a famous K-pop singer but fell in love with opera at the age of 16 when he saw a performance of La Bohème. He is also a skilled instrumentalist and can play saxophone, piano, guitar, bass guitar and the drums. At the Final he will perform ‘Ô blonde Cérès’ from Les Troyens, ‘Frisch zum Kampfe!’ from Die Entführung aus dem Serail and ‘Va pour Kleinzach!.. Il était une fois à la cour d’Eisenach’ from Les contes d’Hoffmann.

Chinese soprano Meigui Zhang is following in her parents’ footprints – both her mother and father were opera singers. As a teenager her father gave her a whole box of recordings of Maria Callas as a gift. She fell in love with opera and listened to it every day. At the Final she will sing ‘Guinse alfin il momento… Deh vieni, non tardar’ from Le nozze di Figaro, ‘Je marche sur tous les chemins… Obéssions quand leur voix appelle’ from Manon and ‘Ach, ich fühl’s’ from Die Zauberflöte. 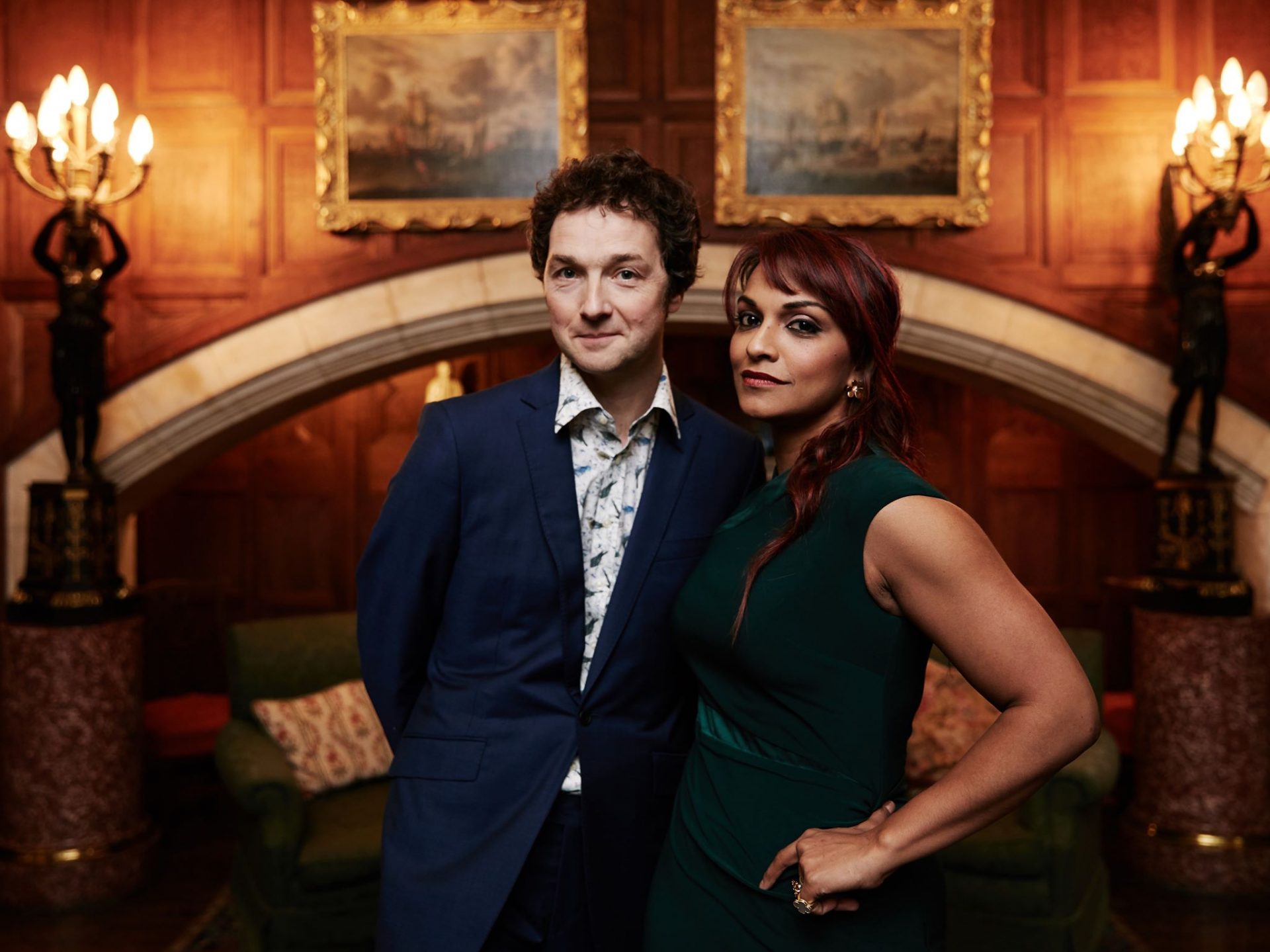 The Final takes place this Saturday 7 March offering a top prize of £15,000 and the guarantee of a role within five years at one of the top international opera houses represented on the competition’s jury. It will be broadcast live on Sky Arts from 5.30pm, hosted by Chris Addison and Danielle de Niese.

As part of Glyndebourne’s commitment to diversity in the Glyndebourne Opera Cup, Sky Arts offered a bursary for BAME and Financially Disadvantaged contestants, which was claimed by 20% of the singers who reached the semi-finals.

The international jury for The Glyndebourne Opera Cup includes top industry professionals such as Joan Matabosch, Artistic Director of Teatro Real in Madrid and Michel Franck, General Director of the Théâtre des Champs-Elysées in France, as well as leading singers Sir Thomas Allen and Dame Felicity Lott. The competition’s honorary president is Dame Janet Baker, whose own early career was fostered by Glyndebourne.

A handful of tickets are available to the Final at Glyndebourne, and you can watch live on Sky Arts from 5.30pm on Saturday 7 March
BOOK NOW