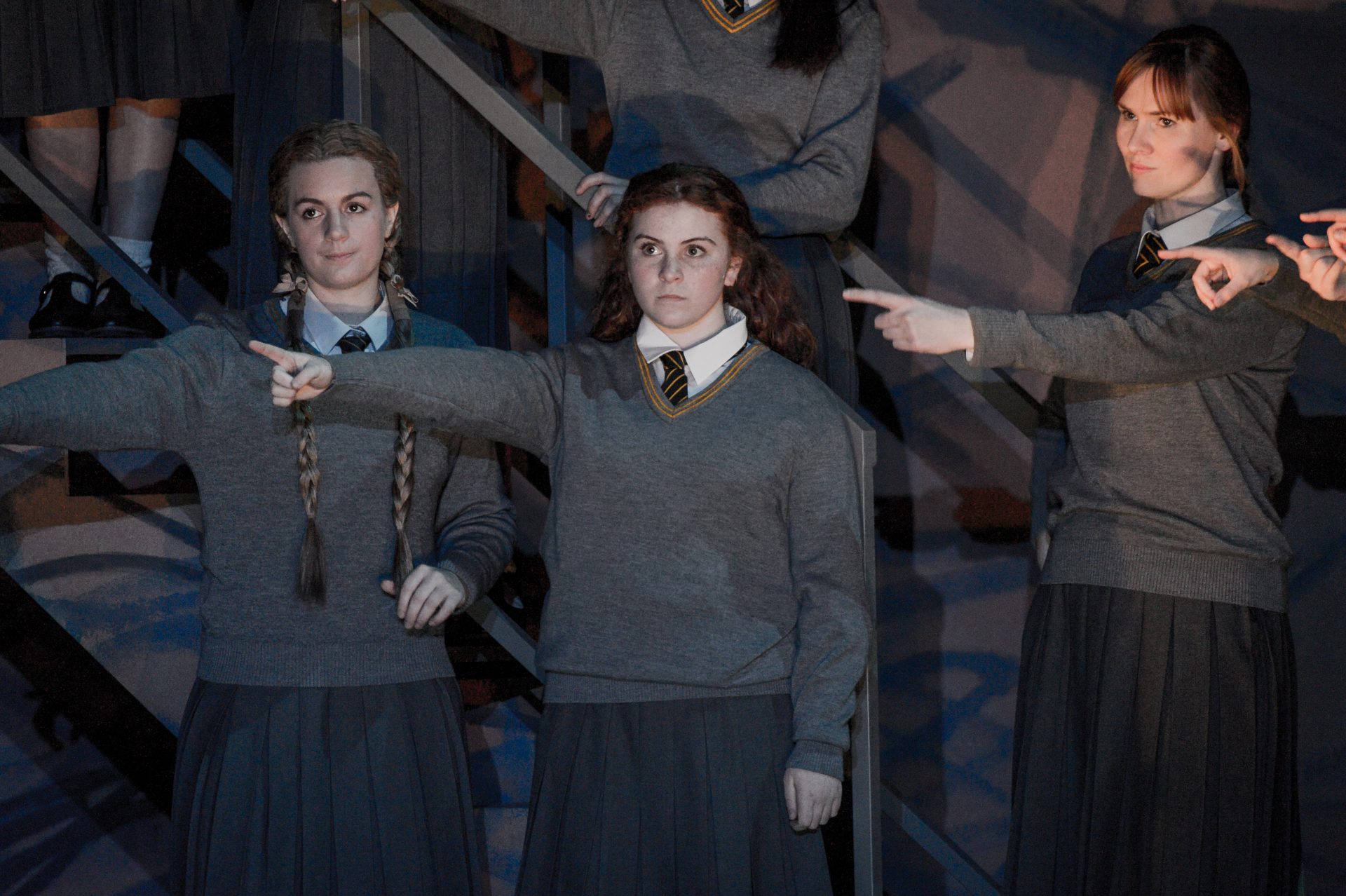 ‘My sister, Gigi, and I watched Gareth Malone’s programme about the Youth Opera at Glyndebourne, after which I told my parents that I wanted to be part of that world.

My parents called and asked if my sister and I could be put in the waiting list for the GYO, but we were soon accepted into our first project. We took part in a workshop which was all about L’enfant et les sortilèges from the Ravel Double Bill. The directors asked us all to put ourselves into the shoes of a child who was feeling frustrated by their parents and angry at the world; we devised our own song and drama piece which we performed to our parents.

‘I hoped that I would have the opportunity to sing and act on stage, and I have had my wish. Being part of GYO, is like being part of a large family which is filled with people that all like to do the same things as you! I wanted to find out more about opera, to decide if it was “for me”. I also hoped that it would provide me with some opportunities to develop my solo as well as my choral voice.’

‘I enjoy the excitement of a new project. We often cannot imagine what a workshop will turn into. In 2014 my sister and I went to an education workshop based on Carmen. We listened to the music, learned more about the composer, then were taught a small piece of the opera which was written for children to sing. In the following summer, we were on the main stage in the Glyndebourne Festival singing that music to a packed opera house – for me… magic has come from the education department!

As I have grown up, the opportunities I have been offered by them have changed too. In 2016, I was asked to read a book by Janne Teller called Nothing. 6 months later it had been crafted into an opera, which I performed in alongside my friends from GYO.

I love the team of people involved in each project. The education department always seem so happy! The musical directors talk to us as if we are professionals, they have high expectations of us all. I think that makes everyone want to do their best.’ 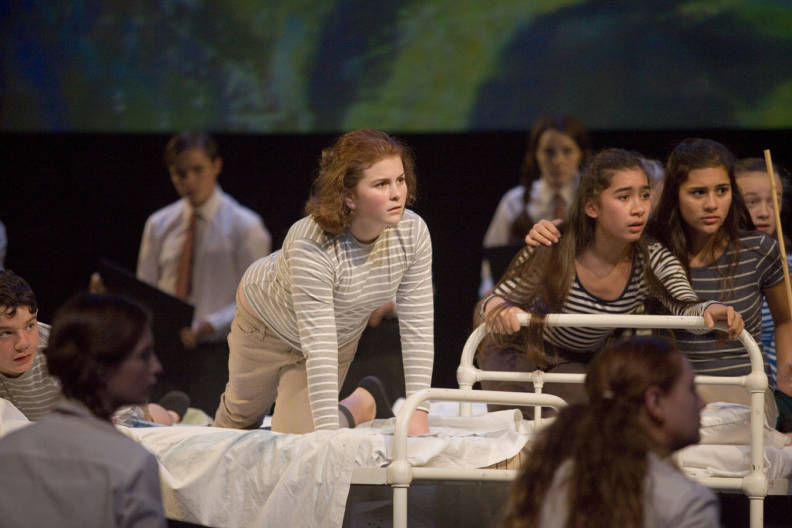 Into the Harbour, Carry Me Home, 2013. Photo: David Illman

‘It is difficult to choose one favourite moment, so I am going to pick a few:

I love Benjamin Britten’s music and I was given a short solo in Into the Harbour where I had to stand on top of a bed to sing. My heart nearly stopped the first time I did it!

Opening the letter from the education department, which told me that my sister and I had both been cast in Carmen in the 2015 Festival.

Some members of GYO were asked to sing at a charity concert for Sussex Hospices. I remember waiting for Harry Christopher to count me in, as I sang a solo verse of Once in Royal David City. I had no musical accompaniment and the opera house was full, but silent. I had never been so nervous or excited. It was great hear my voice fill the room.

Singing a funny line in Nothing and hearing the audience laugh at the joke.’

‘Friendship – I have met some fantastic people, both members of GYO and all the professional people that I have had the chance to work with.

Confidence – I have gained a huge amount of confidence from the workshops and performances at Glyndebourne. They don’t let you go out there until you are well rehearsed and ready. The confidence I have gained, has enabled me to sing solo to a packed opera house. I could never have imagined that when I joined in 2011.

Voice development and knowledge of opera – I have had the chance to work with world class voice and language coaches, musical directors, choreographers, costume designers and conductors. All these opportunities have helped me to develop my voice and performance skills, to the point that I now feel a career in opera is possible for me.’

‘It is like magic. When you step out on stage you can feel the vibrations from the orchestra in your toes. The music, the singing, the staging, the costumes and the atmosphere – both backstage and onstage – it is all just magical.’

‘I want to be an opera singer. The education department at Glyndebourne supported me to complete an Arts Award based on my performances in Dido & Aeneas and Carmen. As part of that process I asked the opera singers, which I had performed alongside, to give me their advice on how I could achieve a career in opera. They were all so generous in their support and advice to me. As a result I can see a clear path to achieve my goal.

I want to study Music at university, to attend a conservatoire and hopefully gain a place at an opera studio. I want to be an opera singer and have the chance to perform at Glyndebourne again. I know what I want now and I am so grateful to Glyndebourne education department for supporting and believing in me.

I would like to thank Glyndebourne for all the opportunities I have been given. I hope that other children might read this and try GYO for themselves. It could be the start of something magical for them too.’