Everything you need to know about The Fairy Queen, which is available to watch online for free as part of Glyndebourne Open House on Friday 17 December 2021.

From Friday 17 December 2021 you can watch The Fairy Queen on YouTube for free.

In this instalment of our Introducing series we explore Jonathan Kent’s ‘delectable’ production.

The Fairy Queen is part of Glyndebourne Open House – a series of free operas, available on YouTube. 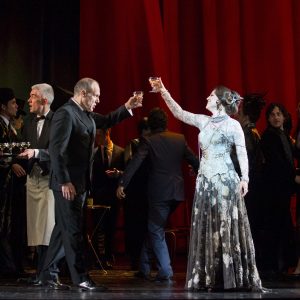 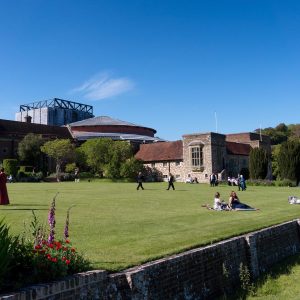 Purcell’s The Fairy Queen is a curious creature to contemporary eyes – a ‘semi-opera’ combining an adaptation of Shakespeare’s A Midsummer Night’s Dream with a sequence of self-contained musical masques. The result is a fairytale fantasy designed to generate gorgeous stage-pictures and thrilling theatrical effects.

The score itself, like Shakespeare’s play, combines the earthiest and most familiar of human urges and emotions with the light-footed, other-worldly character of the fairy kingdom, taking us from bewitching beauty and pathos to rowdiest, raunchiest desire and broadest comedy.

Encompassing everything from dances in the French style, a Monteverdian lament and elaborate, contrapuntal choruses that are unmistakably English, The Fairy Queen scarcely has its equal for invention and musical range.

Sadly, barely a decade after Purcell’s death in 1695 semi-opera itself would also be dead, replaced by Handel’s newly fashionable Italian opera. The form may have been a fleeting one, but Purcell’s Fairy Queen remains a musical triumph, as capable of delighting us today as it did the theatre-goers of 17th-century London.

Hailed by one critic as ‘delectable’ and ‘a riot of energy and colour’, Jonathan Kent’s 2009 production of The Fairy Queen bucks current trends by reinstating the original Shakespeare-inspired dialogue (‘proving beyond doubt the work’s theatrical viability’) to create a lavish spectacle that combines spoken drama with Purcell’s exquisite musical interludes (‘each an allegorical song and dance show in its own right’).

Kent and designer Paul Brown have ‘let their imagination run wild’ in a production that echoes the baroque excesses of the work’s original 17th-century staging. A handsome library full of glass cases pulls apart to reveal a phantasmagoria of ever more spectacular fairies, animals and settings – a breathtaking, often riotous period fantasy ‘executed with taste and style’.

One of the most striking musical moments in The Fairy Queen is the Act V aria ‘O Let Me Weep’. This formal lament for lost love, rooted in grief by its unyielding ground bass, is curiously out of place in a masque exploring the bliss of wedded life. But it is precisely this friction with its musical context, its singularity among so much light-heartedness, that catches the ear.

The vocal line sighs and droops, shadowed by the oboe who must step in and take up the melody when the voice falters. Anger duels with grief in a central section that starts in a rage and collapses into indulgent chromatic self-pity (‘And I shall never see him more’).

Period specialist William Christie conducts the Orchestra of the Age of Enlightenment in a ‘sensuous’ account of Purcell’s tune-filled score, capturing the composer’s ‘spirit of fun’ as well as his ‘playfully sly and sexy charm’. He’s joined by a large cast of soloists including sopranos Lucy Crowe (‘vivacious’, ‘golden toned’) and Carolyn Sampson (‘plangent’), tenor Ed Lyon and bass Andrew Foster-Williams (‘the pick of the men’).

The singers are joined by an ‘exemplary’ cast of actors including Sally Dexter (a ‘voracious’ Titania), Joseph Millson (‘gracefully sinister’ as Oberon) and Desmond Barrit as Bottom (‘a comedian of peerless timing’).

Watch The Fairy Queen for free on our YouTube channel from Friday 17 December 2021 to Friday 7 January 2022.
FIND OUT MORE