Everything you need to know about Hamlet, which is available to watch online for free as part of Glyndebourne Open House on Sunday 16 August

From Sunday 16 August at 5.00pm UK time you can watch Hamlet on YouTube for free.

In this instalment of our Introducing… series we explore Brett Dean’s award winning opera.

Hamlet is part of Glyndebourne Open House – a weekly series of free operas, available on YouTube. 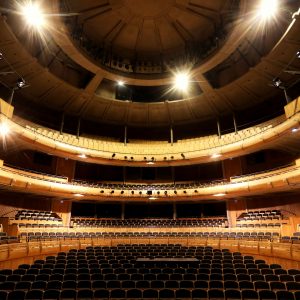 Commissioned by Glyndebourne and premiered at the 2017 Festival, Hamlet sets one of Shakespeare’s greatest and best-loved plays to music. Taking both Folio texts as well as the ‘Bad’ Quarto, composer Brett Dean and librettist Matthew Jocelyn have created an opera that is at once familiar and unexpected – a work that challenges our relationship with Shakespeare’s play and amplifies, enriches it.

The result is an intensely, inherently theatrical score, tailor-made for the intimate space of Glyndebourne’s opera house. The audience is plunged directly into Hamlet’s troubled mind; musicians are liberated from pit and singers from the stage, spreading out across the auditorium, physically encircling the listener, inviting him into this extraordinary consciousness. Just as Hamlet’s grip on reality weakens, so conventional orchestral sounds are twisted and distorted by delicate, uncanny electronics – musical ghosts that speak but with no instrumental body.

Fights take place in stabbing thrusts of brass, the comedy of Rosencrantz and Guildenstern in the fussy exchanges of two countertenors, and Ophelia’s madness is amplified by writing that tests the physical and technical limits of the voice. At the centre of it all is Hamlet himself, whose stream of musical consciousness flows through the opera, swelling and building in colour and range as it approaches the opera’s tragic climax.

Shakespeare’s words are familiar, but Dean’s music has shaped them into new theatrical rhetoric. This is Hamlet, but not as you’ve ever heard it before.

This short video goes behind the scenes of the world premiere: 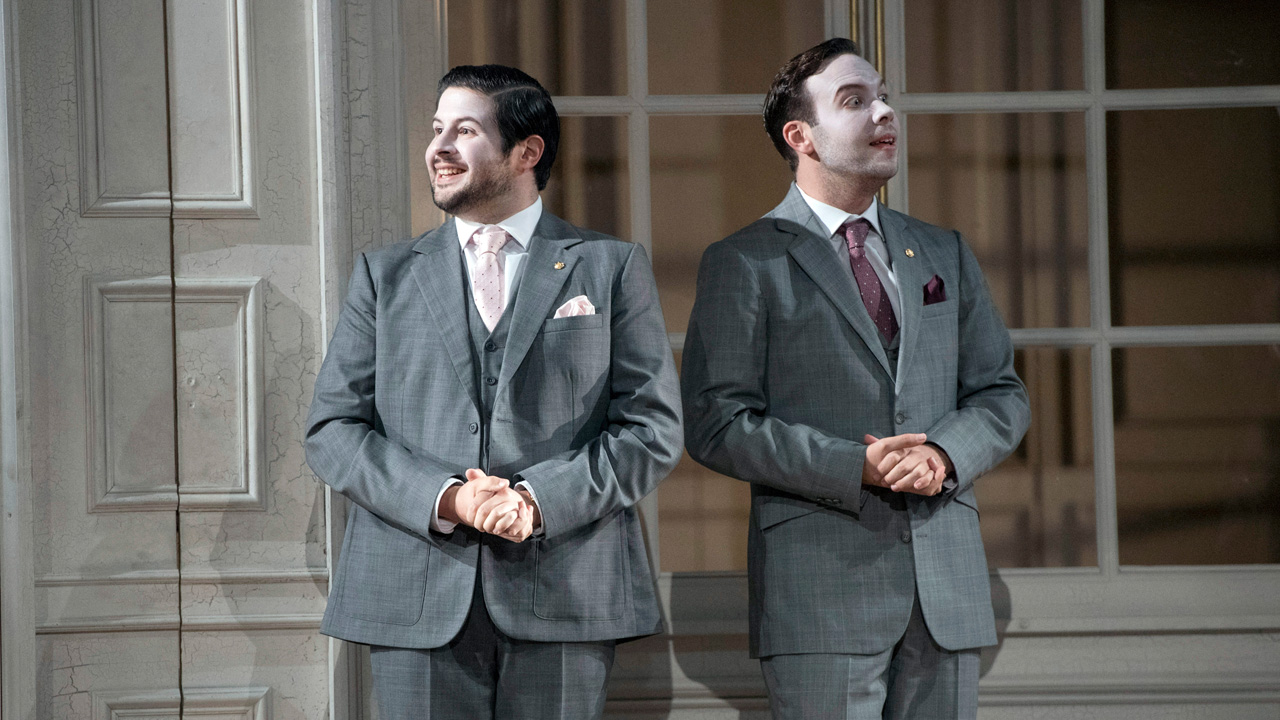 Described by one critic as ‘A new opera of dizzying colours’, and ‘riveting evening’ that ‘impresses on all counts’, Brett Dean and librettist Matthew Jocelyn’s Hamlet was rapturously received at its 2017 premiere, and has since travelled across the world, already carving out a place in the contemporary repertoire. Combining a traditional symphony orchestra with a vast and creative percussion section as well as electronics, Dean’s ‘sparely but imaginatively scored’ music ‘offers great brilliance’, by turns ‘virtuosic’ and ‘expressive’, with ‘moments of great beauty’.

Award-winning Australian director Neil Armfield has created an elegant, contemporary setting for Dean’s Hamlet. This tragedy is very much of our own time – a moving and all-too familiar story of a dysfunctional familiar and their failure to communicate. There’s a clarity, an ease to this updating that allows the story to speak directly, heightening the intimacy already created in the Glyndebourne auditorium.

Shakespeare’s soliloquies trace the passage of thoughts through Hamlet’s mind, and Dean’s musical setting of the poet’s famous words aims to capture that same spirit of spontaneity and fluidity. The vocal line – initially fragmented into tiny, disconnected utterances – gradually focuses into longer and more developed musical thoughts. The intervals get bigger as Hamlet warms to his theme and gains in confidence, and the rhythms become more jagged and complex as contemplation turns to anger.

The orchestral sounds that are wrapped around Hamlet’s soliloquy invite us into his mind. Tuned gongs are positioned high in the auditorium so the listener has a surround-sound experience. The textures are deliberately disorienting – dynamics are extremely quiet, textures blurred, and there are lots of unfamiliar colours from tuned percussion, so the boundary between acoustic sounds and then electronics elsewhere in the piece is obscured. This blurring between reality and illusion provides a musical mirror to Hamlet’s state of mind. 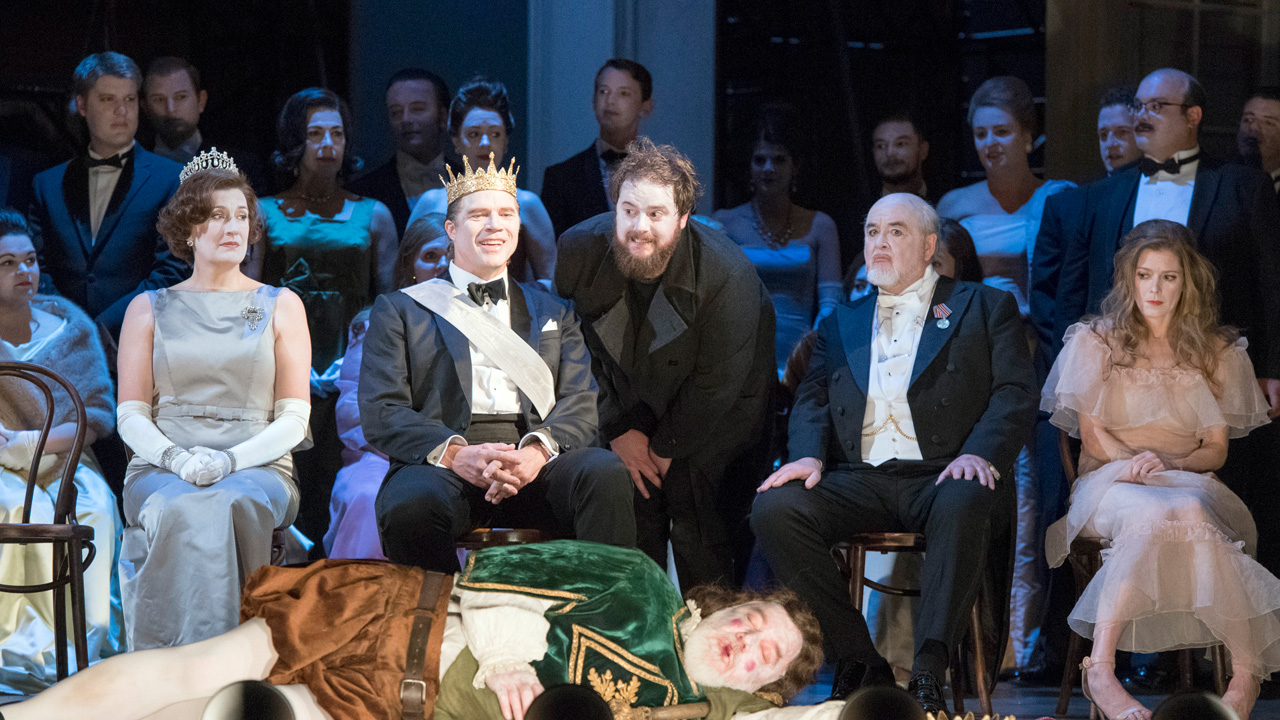 Watch Hamlet for free on our YouTube channel from Sunday 16 August where it will be available for 7 days.
FIND OUT MORE