As 2019 has seen a host of fairy-tale inspired operas on the Glyndebourne stage, we take a look back at some of the most magical artefacts in our archive...

There’s been magic in the air at Glyndebourne this year…

With productions of Massenet’s glittering Cendrillon, Rusalka, Dvořák’s lovely re-telling of the tale of the Little Mermaid story, and Mozart’s colourful fantasy Die Zauberflöte 2019 has been a season of fairy tales at Glyndebourne.

Even Il barbiere di Siviglia and Rinaldo with their swashbuckling heroes and imprisoned heroines have something of the fairy tale about then.

Opera’s volume of musical fairy tales may be surprisingly slim, but there are still plenty of beautiful princesses, wicked witches and happily-ever-afters in Glyndebourne’s history. 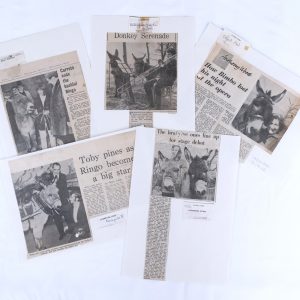 Stories from the Archive – Animals 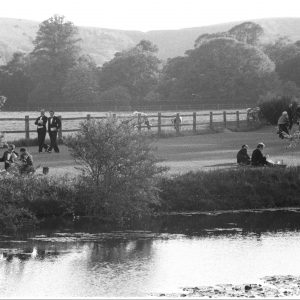 Stories from the Archive – seaside, water and sea-creatures 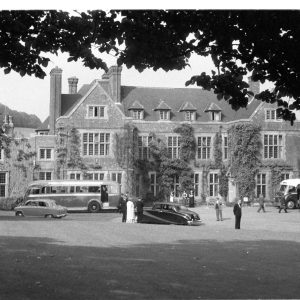 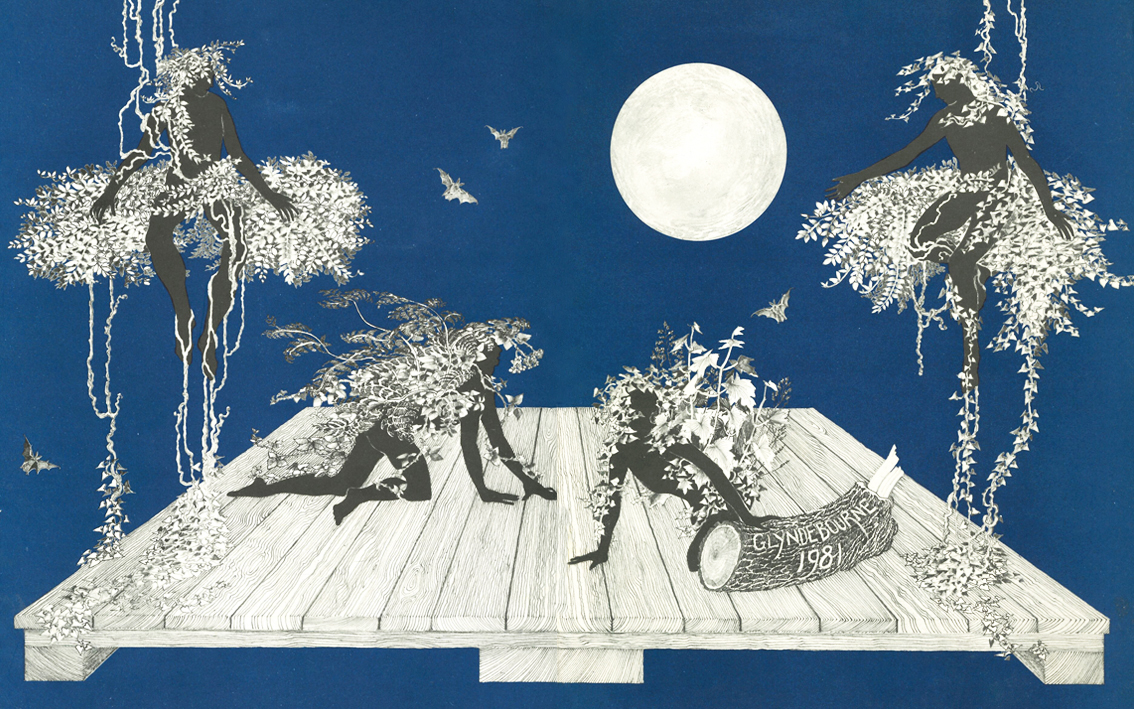 Has any Glyndebourne production conjured magic quite as breathtaking as Peter Hall’s staging of Britten’s A Midsummer Night’s Dream? The subtle illusion of a magic forest of living, breathing and (crucially) moving trees was conjured by designer Liz Bury, whose intricate designs for the many actors and dancers who would make up the wood are pictured above on the front cover of the 1981 Programme Book.

The story goes that Liz and husband John met Peter Hall in the foyer of the National Theatre to discuss the production. Liz, excited by the idea of the moving forest, was demonstrating how it might work by crawling around the floor – much to the surprise of passers-by. Even in production the idea presented some challenges. A story – possibly apocryphal – has it that one of the bushes fell asleep during a performance, requiring the rest of the cast to work carefully around him until he finally woke up.

This Dream was an important milestone for Glyndebourne, marking the return of Britten’s music to Glyndebourne for the first time in over 30 years.

A planned collaboration between Glyndebourne and Britten’s English Opera Group came to nothing after poor sales of The Rape of Lucretia as part of the Glyndebourne Tour in 1947 prompted a major falling-out between John Christie – a man known to save nails and go around turning off all unnecessary lights – and Britten, one that remained unresolved at the composer’s death in 1976.

Britten’s music has subsequently become a core part of Glyndebourne repertoire – a process begun with Hall’s production. Peter Pears, a guest at the first night, was seen leaving the theatre at the end in tears declaring: ‘Ben should have seen this’. 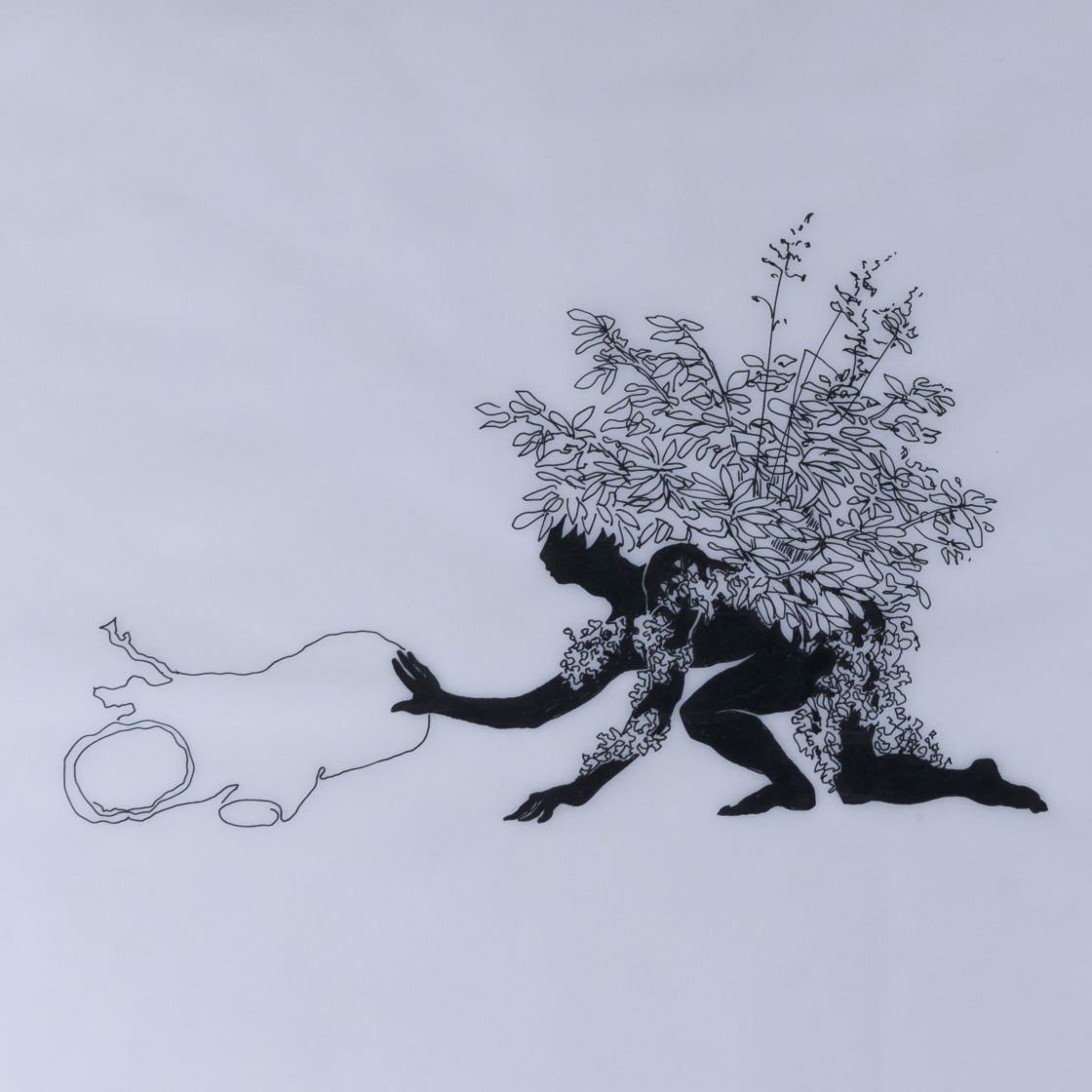 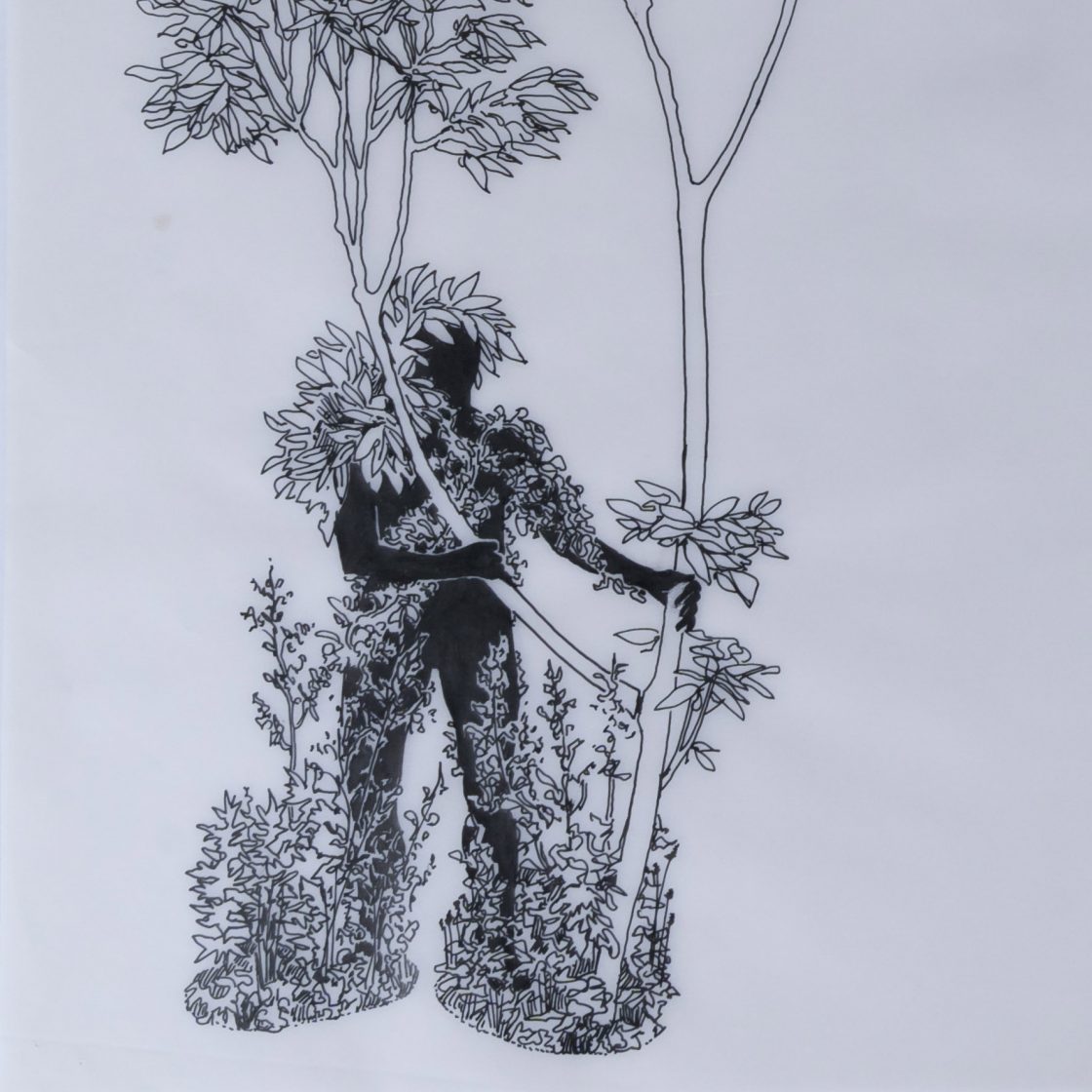 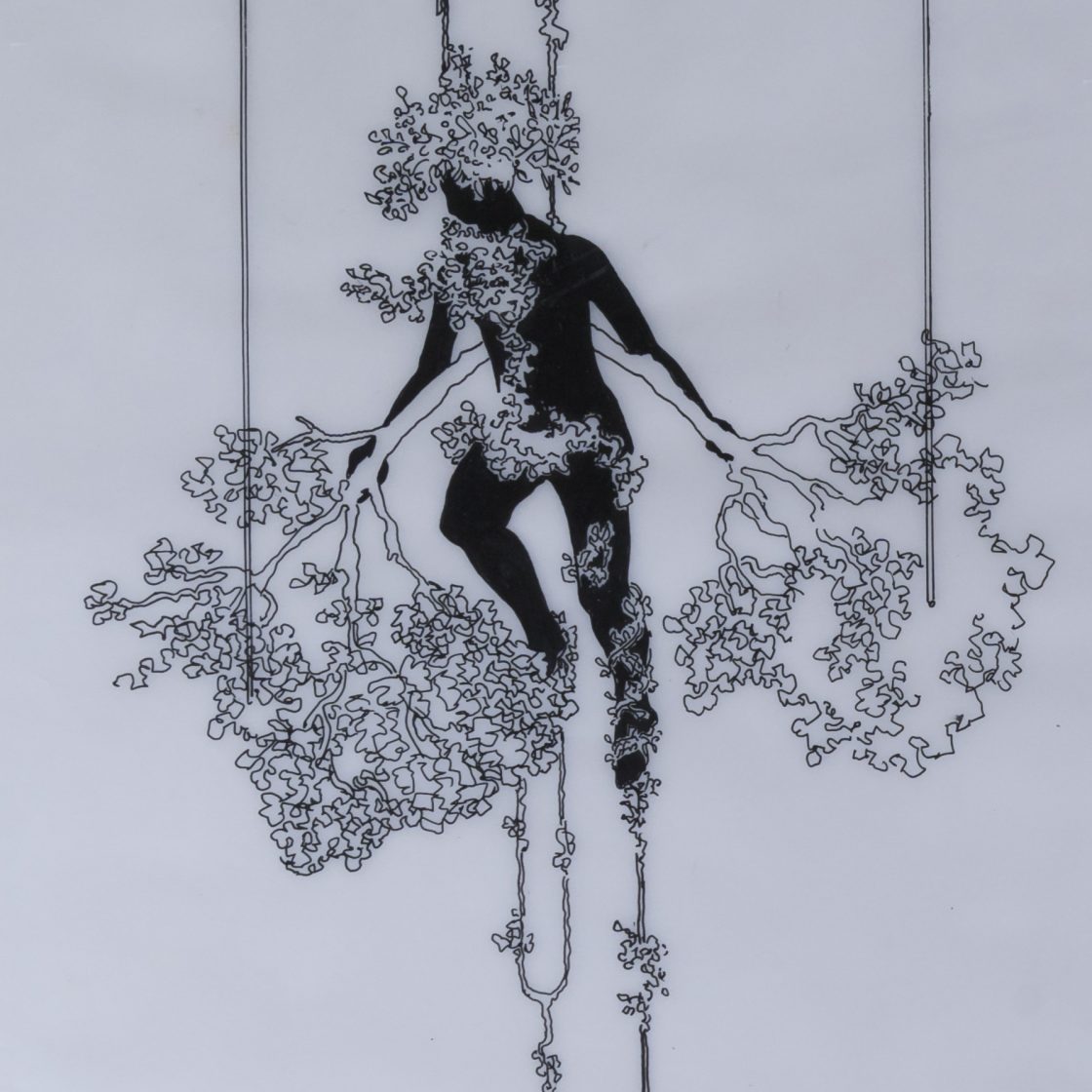 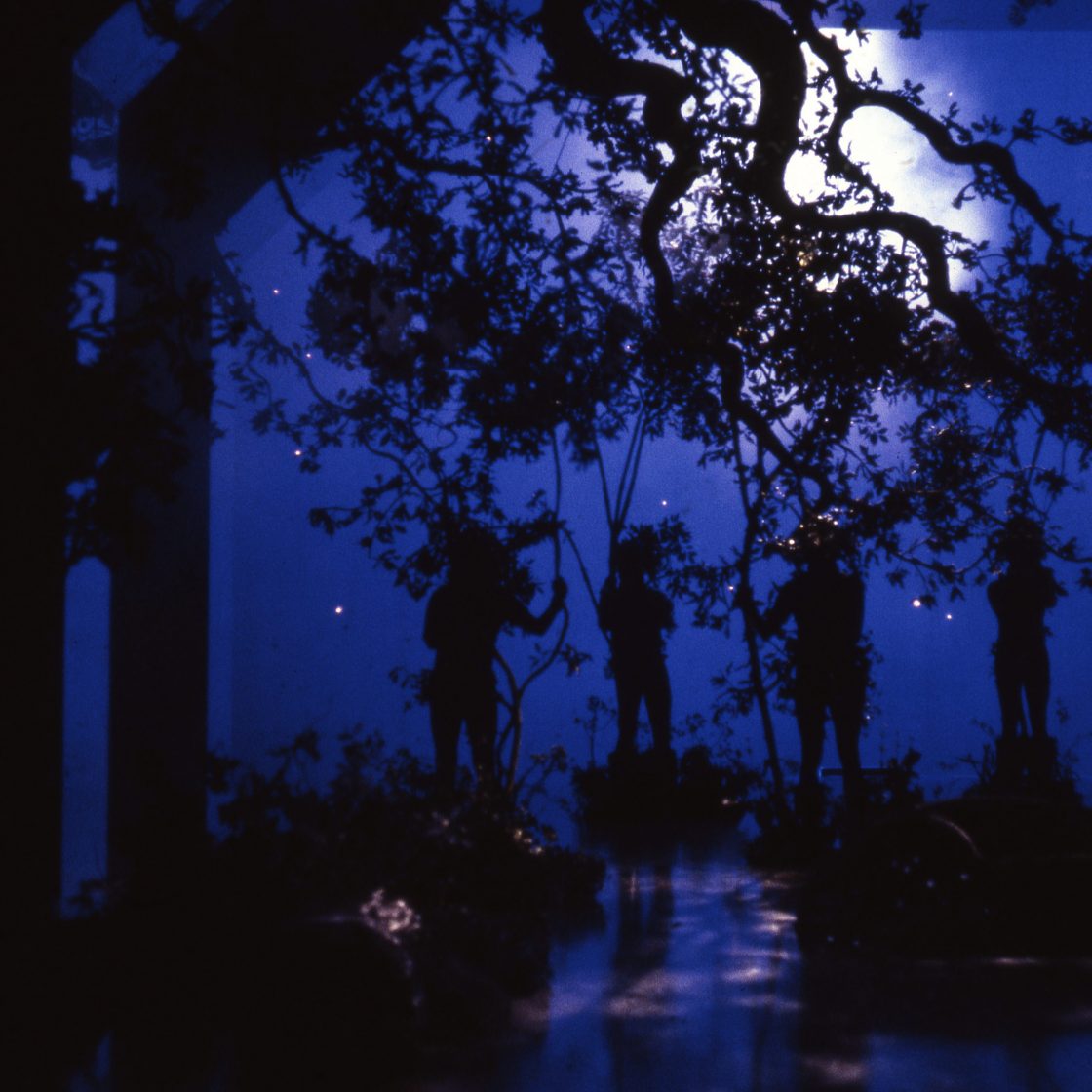 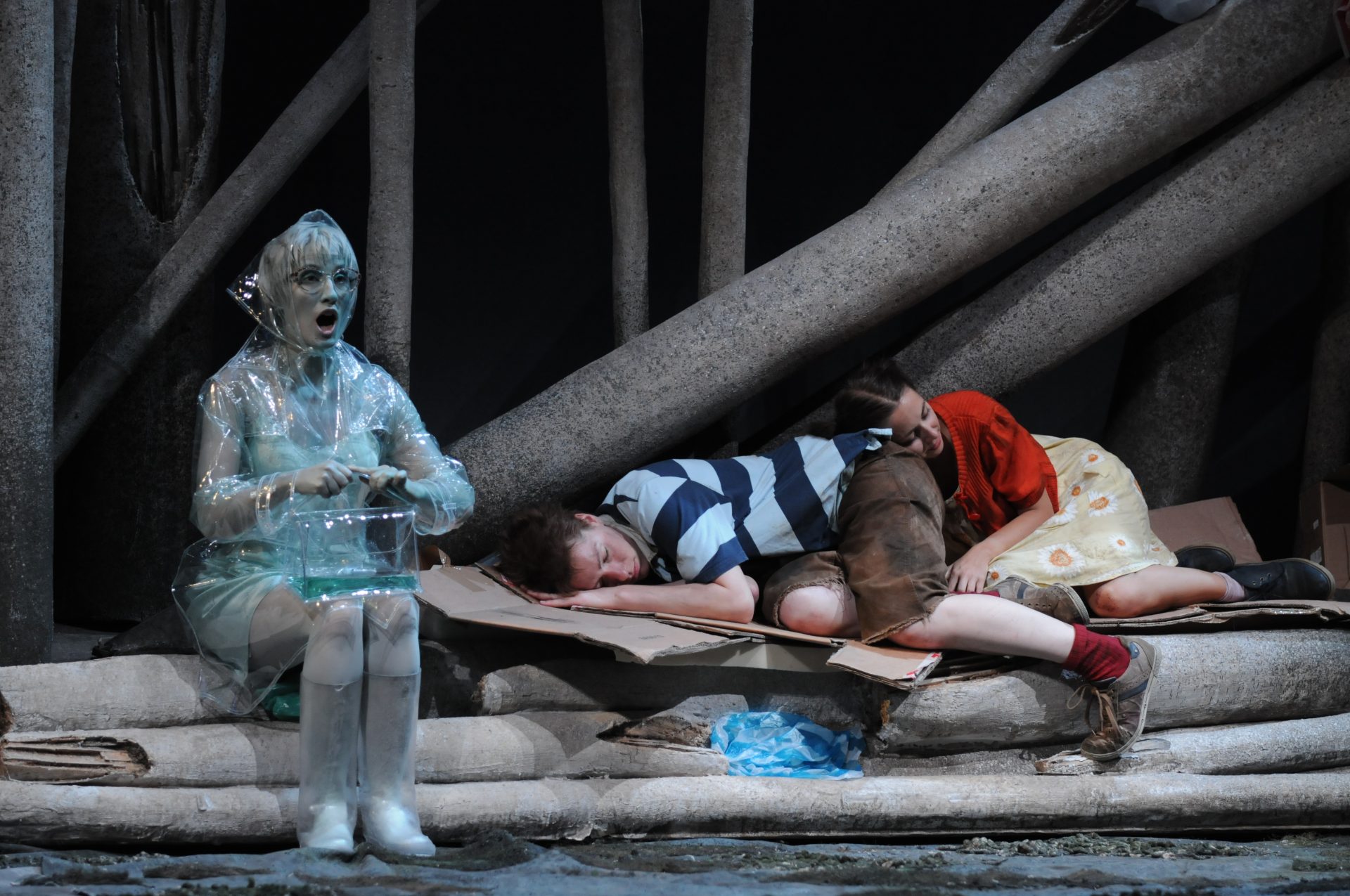 Humperdinck’s Hänsel und Gretel has been part of Glyndebourne’s story from the very beginning. John Christie had grand plans for his new opera festival, originally intending to stage not only two separate Mozart seasons over the summer (one in English, the other in the works’ original language) but also a performance of Wagner’s Parsifal at Easter and Hänsel und Gretel at Christmas. Sadly plans for the Christmas show came to nothing, and it took until 2008 for Humperdinck’s fairy tale to finally have its Glyndebourne premiere.

Directed by Laurent Pelly and designed by Barbara de Limburg, the production updated the action to the present day, transforming the witch’s gingerbread home into a brightly-coloured, sweet-filled supermarket, and Hänsel and Gretel’s own family house into a giant cardboard box. Pelly was very specific about his vision for the show, right down to the particular brands of sweets and cakes on display. So for several weeks the company was awash with goodies as endless packets were bought, emptied, and then painstakingly recreated by the props department.

The Dew Fairy pictured here also got a modern update – swapping wings for a PVC mac and dainty slippers for glittery wellies. She also carried a little handbag for storing the dew she sprinkled each night on the sleeping Hansel and Gretel. 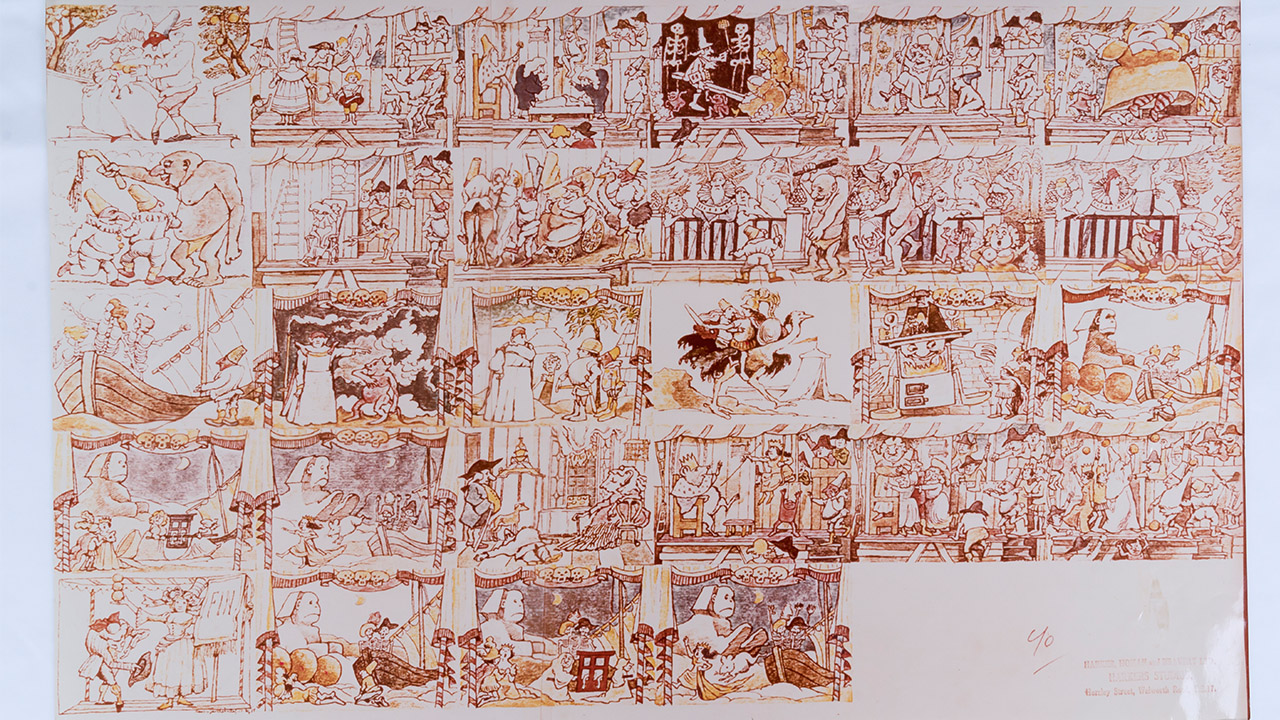 It’s impossible to look at the brightly coloured storyboards for Prokofiev’s fairy tale L’amour des trois oranges and not recognise them as the work of Maurice Sendak. Created in 1982 and revived the following year, this production (directed by Frank Corsaro, who had a certain young Robert Carsen working as his Staff Director) was the first of five productions Sendak designed for Glyndebourne. It offered a spectacle to match the wild plot of this elaborate fantasy in which a prince, incapable of laughter, discovers three princesses concealed inside three oranges, falls in love with the one who survives the ordeal, only to have her transformed into a rat…

It was a point of particular pride for George Christie that he managed to secure sponsorship from Cointreau for Glyndebourne’s first ever production of this rare, citrus-themed opera, an opera he described as ‘a delicious fairy tale concoction’.