Stories from the Archive - conductors at Glyndebourne

We explore the stories of some of the conductors who helped to shape the musical identity and legacy of the Festival.

This month’s Stories From the Archive delves into the story of just a few of them – musicians whose work has shaped the musical identity and legacy of the Festival. 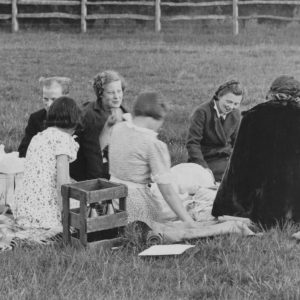 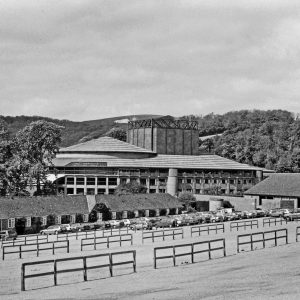 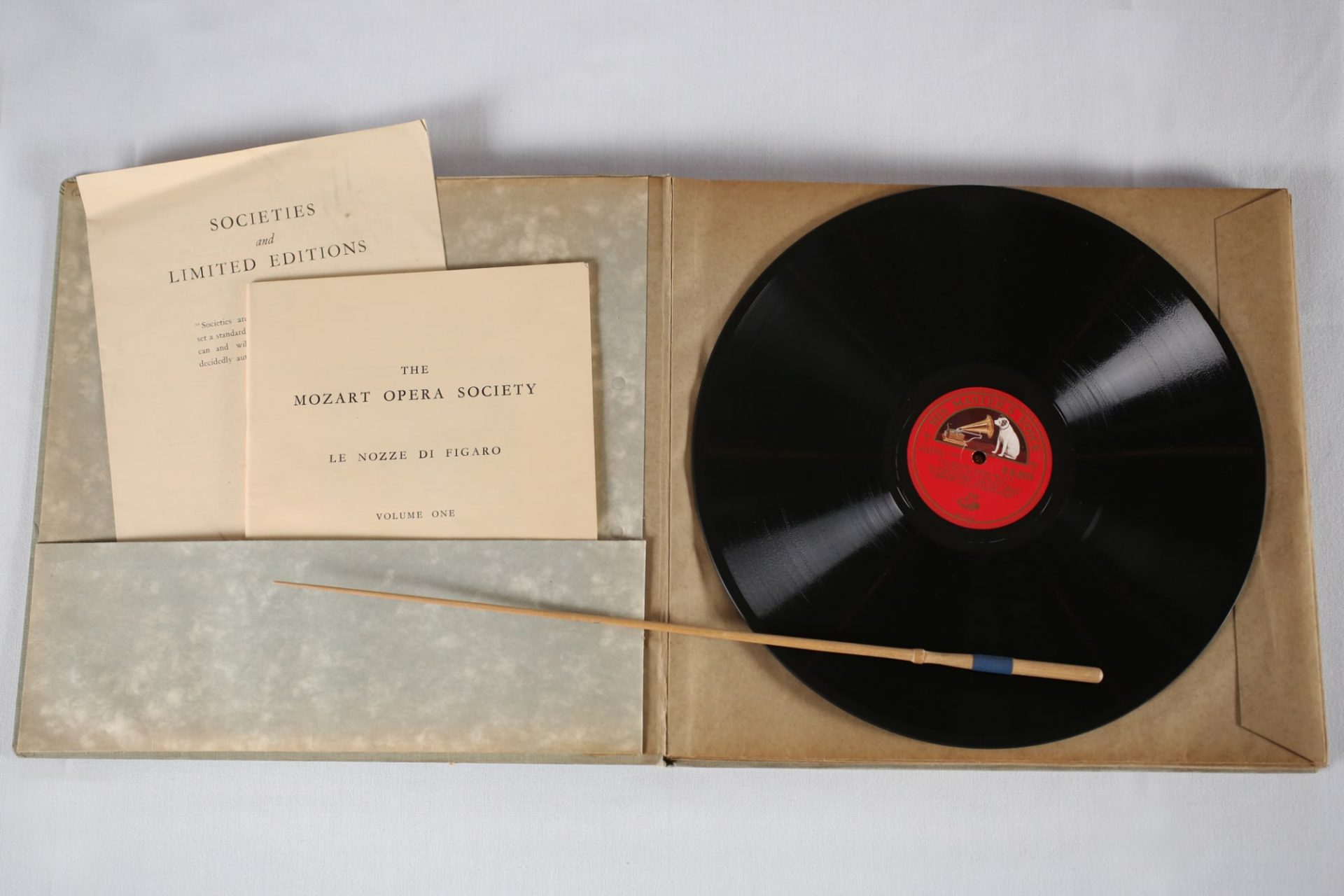 This elegant wooden baton belonged to Fritz Busch – Glyndebourne’s first ever musical director. The story of how Busch, whose career was based almost entirely in Germany, came to head up the original English opera festival is one of chance, coincidence and exceedingly good luck.

Fritz’s brother Adolf, leader of the Busch Quartet, had been playing a concert in Eastbourne. Prevented by thick fog from returning to London as planned, he found himself billeted to accommodation in nearby East Dean. His hostess mentioned John Christie’s plan for a new opera festival at Glyndebourne, asking whether Busch might potentially be interested in conducting. He declined, but suggested his younger brother, and history was made. It was Busch, hired sight-unseen by Christie, who introduced Carl Ebert – the Festival’s other founding father – to Glyndebourne, stressing to music-obsessive Christie the equal importance of good staging.

Busch, already an established figure in Europe, was a shock to British musicians, who had never before encountered the level of detail and intensity of work that he demanded. Baritone Roy Henderson recalls Busch’s first orchestral rehearsal at Glyndebourne. He raised his baton and, before the musicians played a single note, told them ‘You are already too loud’. After the first complete run-through of the Overture the singers burst into spontaneous applause, so impressed were they by the quality.

The sign-out page bears just one name – Raymond Leppard. It was Leppard, of course, who famously championed the revival of Monteverdi and his younger contemporary Cavalli’s music in the UK, presenting the professional premiere of so many masterworks at the Festival during the 1960s, including not only Poppea but also Il ritorno d’Ulisse, La Calisto and L’Ormindo.

The score bears evidence of the exploratory and experimental nature of these early performances. Page after page is amended or scribbled through altogether, while additional pages of manuscript paper and interpolated throughout, offering musical alternatives to many printed passages. Annotations in three different languages speak of multiple users. The score returned to Glyndebourne via the estate of former Festival Music Director John Pritchard, whose handwriting (along with that of Head of Music Jani Strasser) is also clearly visible. 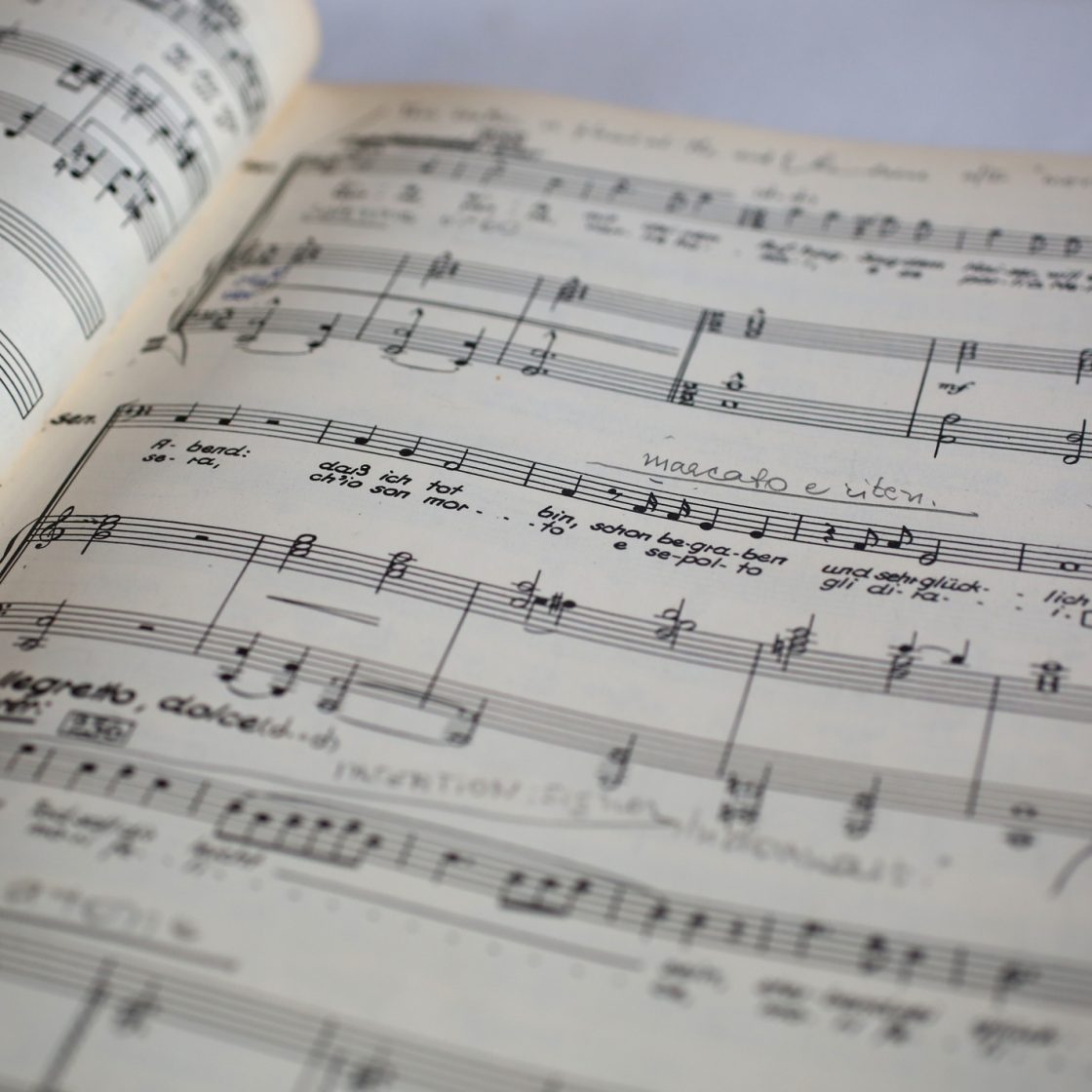 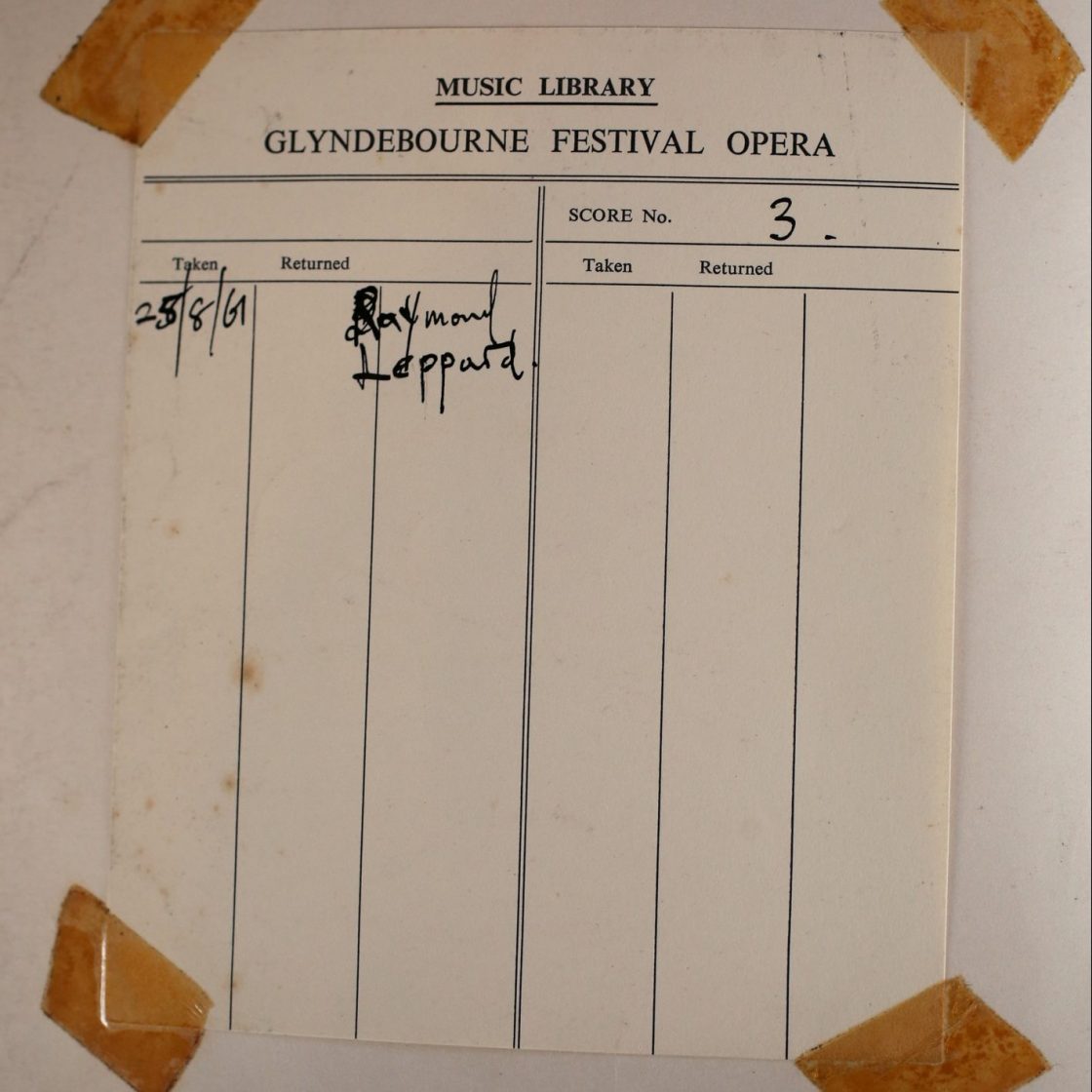 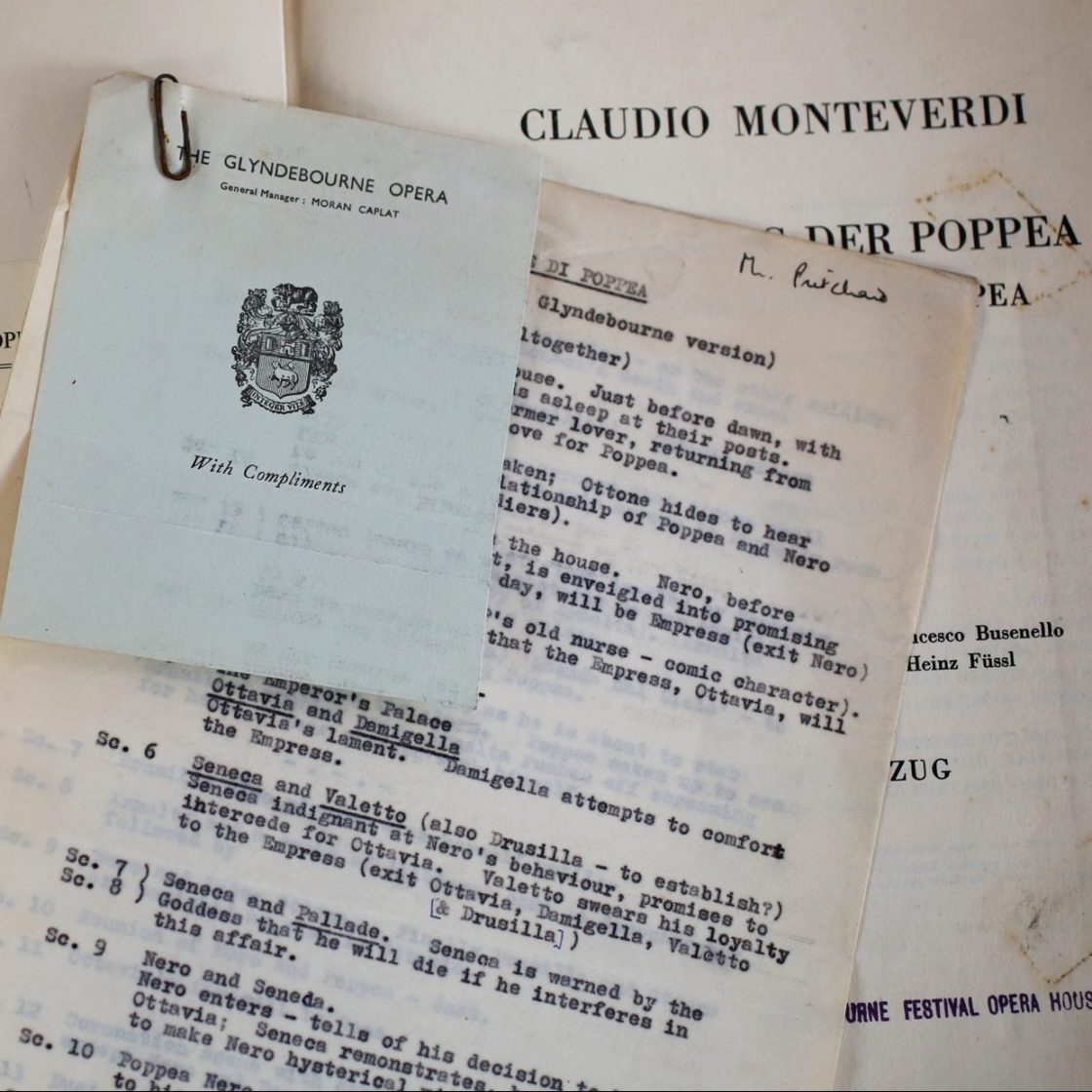 Some of the additional notes added to the score.

Marry up the score with the programme for Glyndebourne’s Poppea premiere in 1962 and you have a portrait of a whole era. At first all looks familiar – a modest seven period-instrument players are listed for this pared-back score. Then your eye falls on the additional credit ‘The Royal Philharmonic Orchestra’. Leppard’s signature thick orchestral textures and gloriously Romantic realisations may have fallen from fashion today, but in the 1960s it was these that helped fire the imagination of a whole generation, restoring voice to repertoire that had been silent for so long. 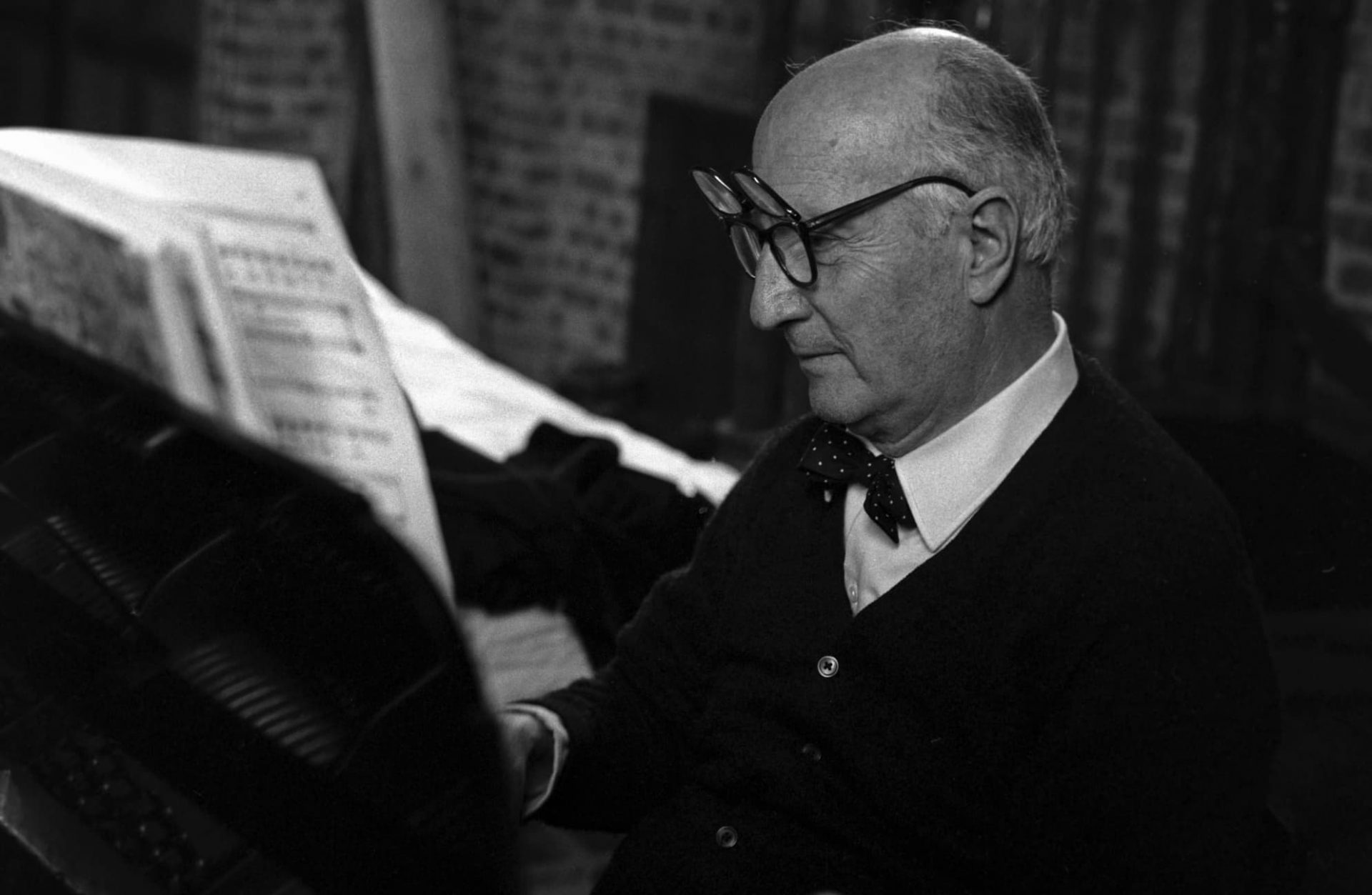 This photo captures so much of the spirit of Vittorio Gui, Glyndebourne’s de facto Music Director (and eventually official Music Director) from 1952-1964. The dapper bow-tie and immaculate cardigan, as well as the benign warmth exuding from the figure seated at the piano, his hinged spectacles jutting jauntily outwards, all cut to the essence of this affable Italian musician, whose energy and love for Italian repertoire brought much-needed sunshine and energy to Glyndebourne in the years following the Second World War.

If Fritz Busch was synonymous with Mozart, for Gui it was Rossini. During the 1950s the Glyndebourne opera house rang with laughter as these elegant comedies made their mark on a receptive new audience. Following the deaths of Busch in 1951 and Audrey Christie in 1953 it was exactly the tonic that the Festival needed.