Glyndebourne in the Snow

As the long nights draw in and Christmas approaches, we dig back in our archive to look at wintery weather at Glyndebourne

It’s that festive time of year again at Glyndebourne – Christmas trees in the Figaro Garden, Christmas concerts, the smell of mulled wine in the Long Bar and perhaps… snow!

The UK has already faced its first wintery scenes this year, so we’re looking at some of the snowscapes captured at Glyndebourne over the years. Pour that hot chocolate, pull up a chair by the fire and enjoy these archive images of the snow-covered opera house… 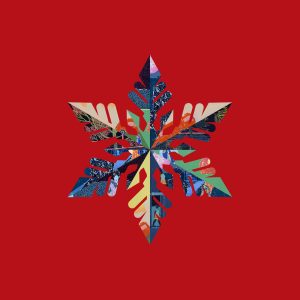 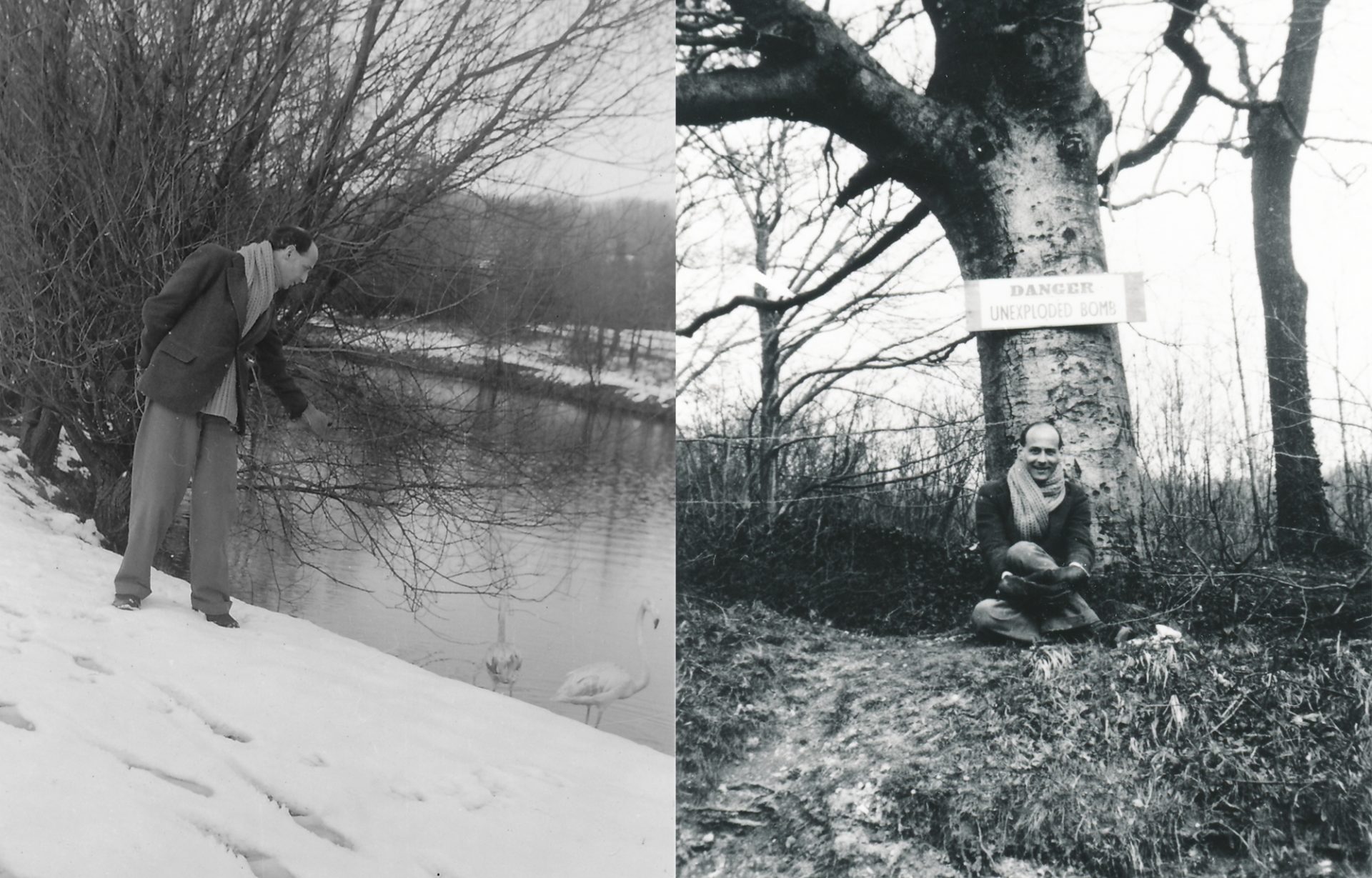 1941 saw one of the coldest winters in Europe of the 20th century. Glyndebourne in 1941 must have been an extraordinary year. A year without opera and two years without a Festival. Though the sound of opera performances may have been stopped by the Second World War, the site was far from quiet. Along with over 300 evacuated children, the site was shared with evacuated… flamingos.

Photographed here with Glyndebourne’s General Manager, Rudolf Bing in the winter of 1941, the flamingos were evacuated from London Zoo during the war. Though unfortunately, letters in the archive from John Christie suggest that the foxes appreciated the rehoming of the flamingos more than anyone else.

The photograph of Bing under the ‘Danger. Unexploded bomb’ sign was taken at the same time. Though the South Downs were bombed, Glyndebourne miraculous survived any bomb damage during the war.

Bing was an Austrian Jew who was dismissed from his post as artistic administrator in Berlin in 1933 by the Nazi party. During the war, Bing was employed at the department store, Peter Jones in London. He would return to his post at Glyndebourne at the end of the war before accepting the post of General Manager at the Metropolitan Opera in New York.

Read more about Rudolf Bing’s life and career at Glyndebourne.

The gardens at Glyndebourne are unrivalled. Enjoyed by thousands of opera-goers for picnicking and summer walks, the sound of corks popping is part of the soundscape of the garden in summer. One view of the grounds that opera-goers rarely see is Glyndebourne in the dead-of-winter.

The image of the swans on the icy lake was a common sight at Glyndebourne, they even pre-date the opera house with reference of them going all the way back to 1917 in a letter from John Christie, which notes his irritation with one swan in particular: ‘It drives away the ducks and in fact any other swans which come near. It’s a boring bird.’

The other images show areas of the gardens that will be familiar with opera-goers, in the untouched snow. 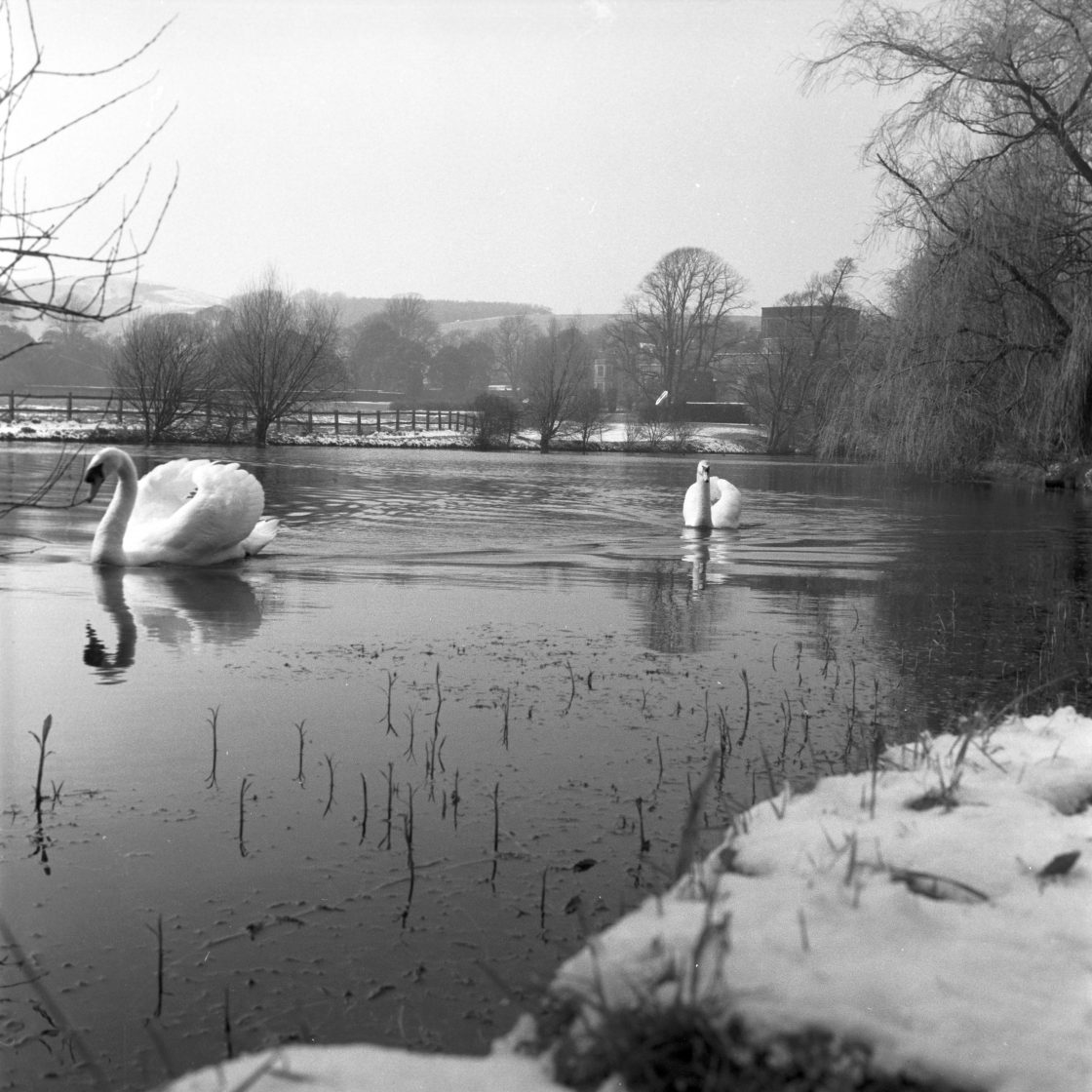 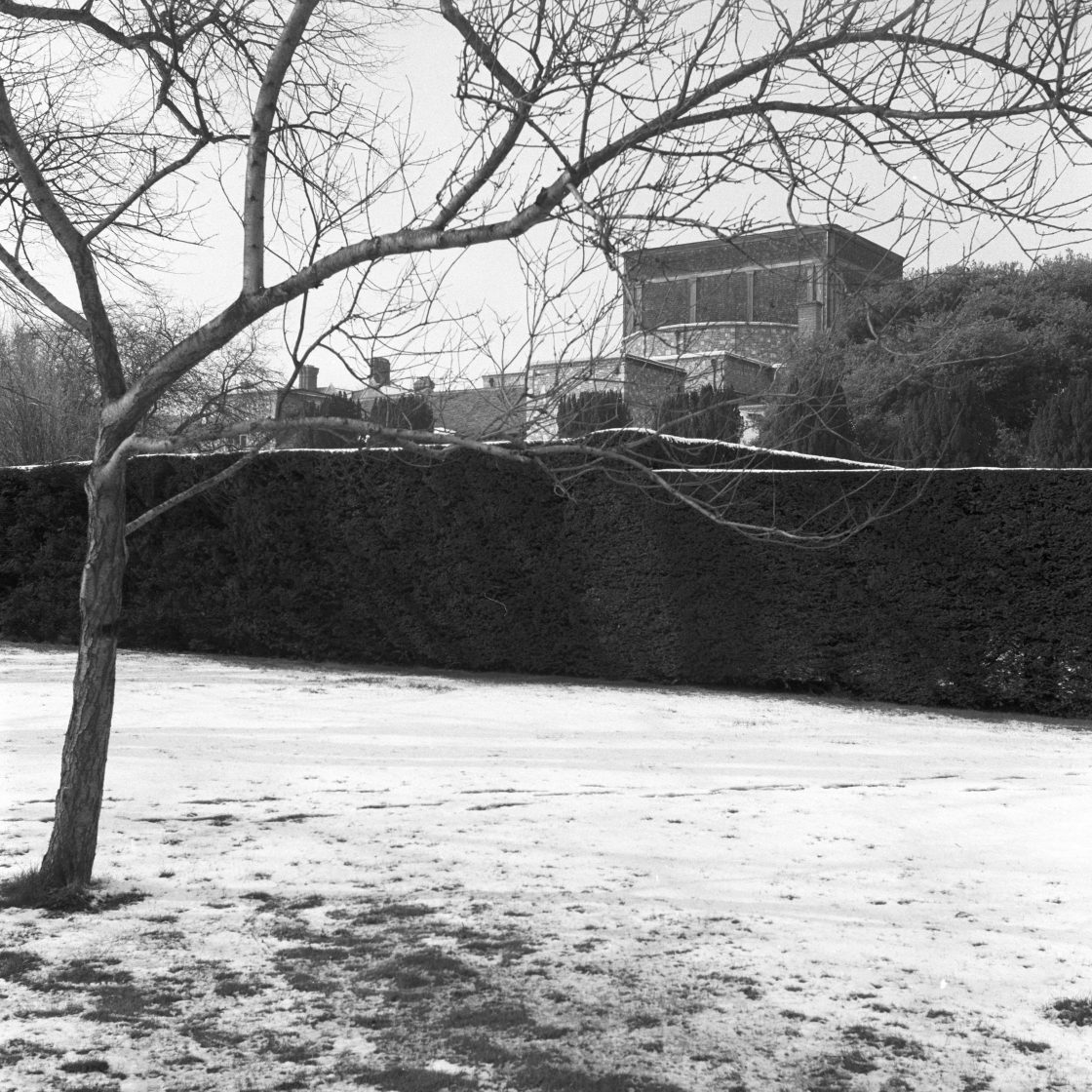 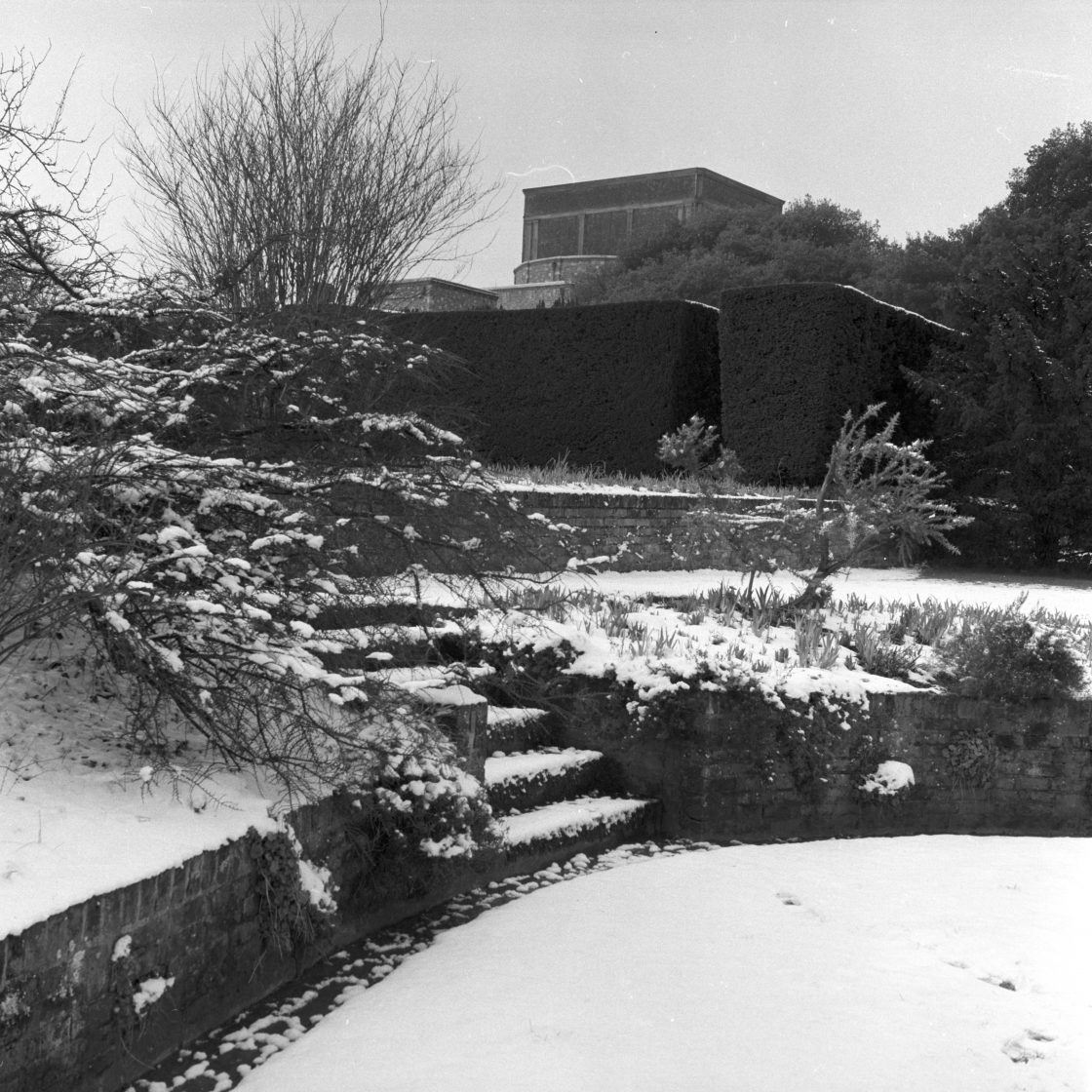 The photo of the swans on the lake features in the Glyndebourne 2022 wall calendar, and on this pack of Christmas cards (along with the snowman image at the top of this page, which was taken in 1965). 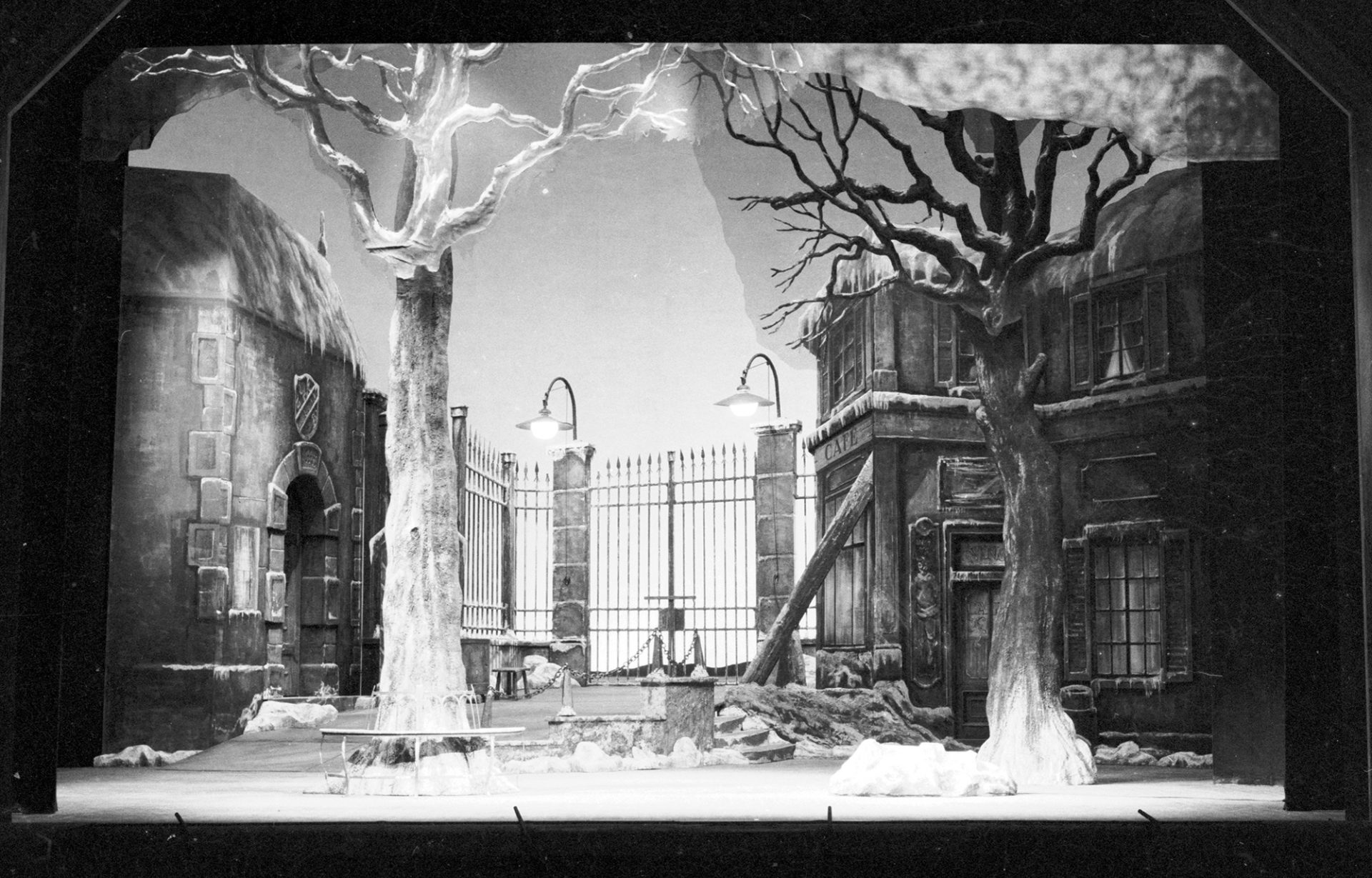 It is hard to delve into wintery themes within an opera archive without coming across La bohème sooner or later. Giacomo Puccini’s La bohème, set on one freezing Christmas Eve, first premiered at Glyndebourne in 1967, with a production by Michael Redgrave.

This image of the set from the 1967 production of La bohème, depicts the icy Parisian street scenes designed by Henry Bardon. Bardon had a successful working partnership with the costume designer David Walker, with Walker also designing the costumes for this production. Both designers had studied with Lila Di Nobili (Di Nobili designed Elegy For Young Lovers for Glyndebourne in 1961), whose soft fantasy style influenced both Bardon and Walker.

The sets – featuring two levels, spiral staircases and sweeping Parisian skylines – were well received by critics. The Times’ reviewer said the attic apartment set was ‘charmingly in period, and contrives an attic that for once smells of chill and poverty’.

The photograph here depicts the wintry toll gate scene in Act III. The stark, chilly scene with piles of snow and frozen fountain would have been further enhanced with a gauze on which snow was projected in addition to torn newspaper drifting across the stage from the fly tower.

La bohème returns to Glyndebourne with a new production in Festival 2022.