This woodcut was inspired by the narrative and music in Beethoven’s Fidelio, which is returning for Glyndebourne’s Tour in 2021.

This woodcut was inspired by the narrative and music in Beethoven’s Fidelio, which is returning for Glyndebourne’s Tour in 2021. It was about the most complicated and layered woodcut we have made to date in the studio and started off with an idea involving an image that incorporated a modernist building as a prison – as a metaphor for the brutality of the State – set on the slopes of an autumnal forest, as an alternating metaphor representing hope, joy and the self-correcting spirit of the people. The schematic of the prison was taken from a drawing in silhouette of Le Corbusier’s Villa Savoye. The arrangement of seven versions of Leonora acting as Fidelio descending into the basement to rescue her beloved Floristan was informed by the way that some Quattrocento painters repeated the same figure within a picture, as a way of conjuring up movement and alluding to the turning of time. Technically this woodcut was a nightmare! When you are printing to this scale we always encounter paper stretch. The key was to off-register each inked layer through the press so that we could even out the mis-registration of the detail as it passed underneath the roller. Eventually, we had to carve out everything but the leaves in the trees, trying not to make mistakes. It took me and my studio assistants many days to complete the series.

Read more about this work 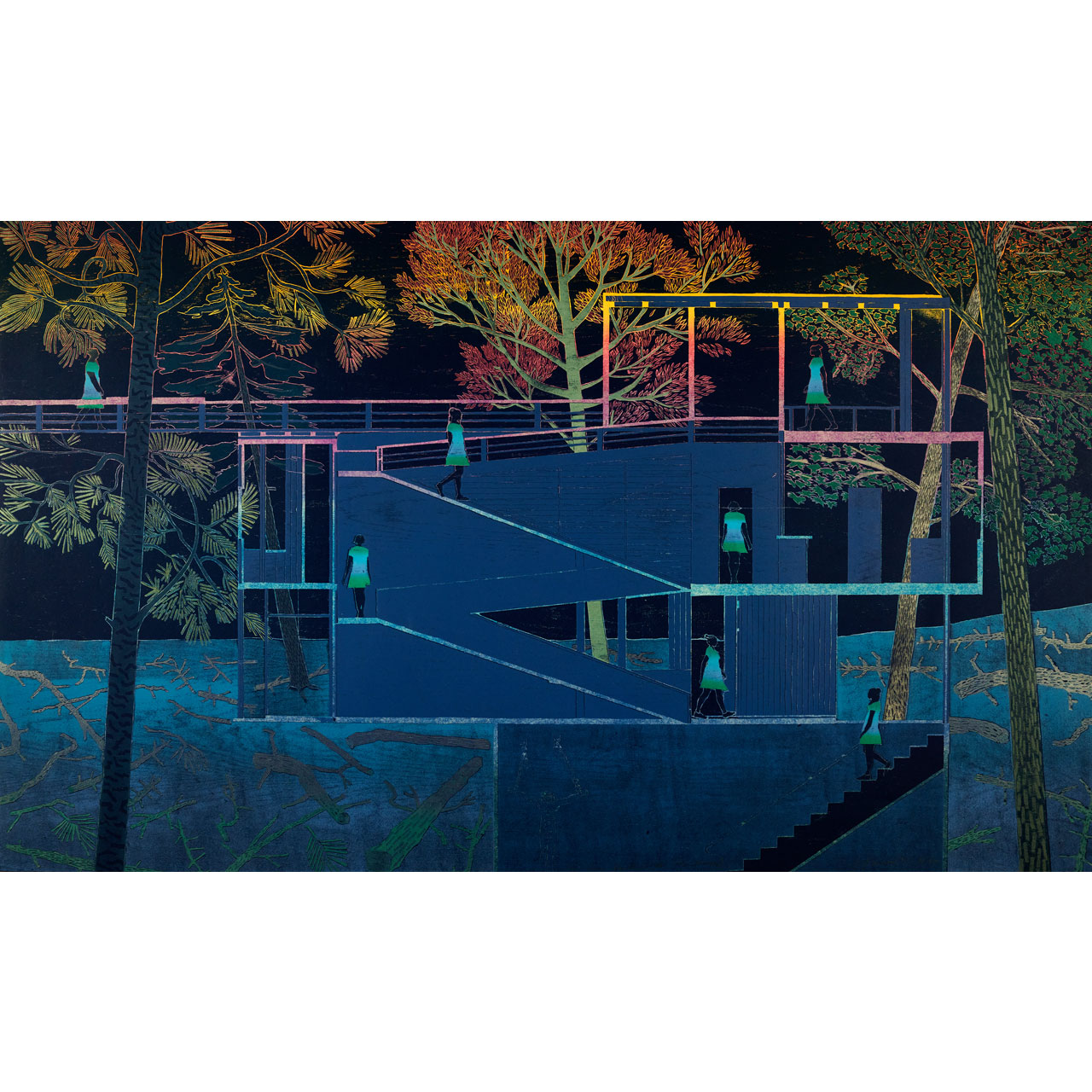 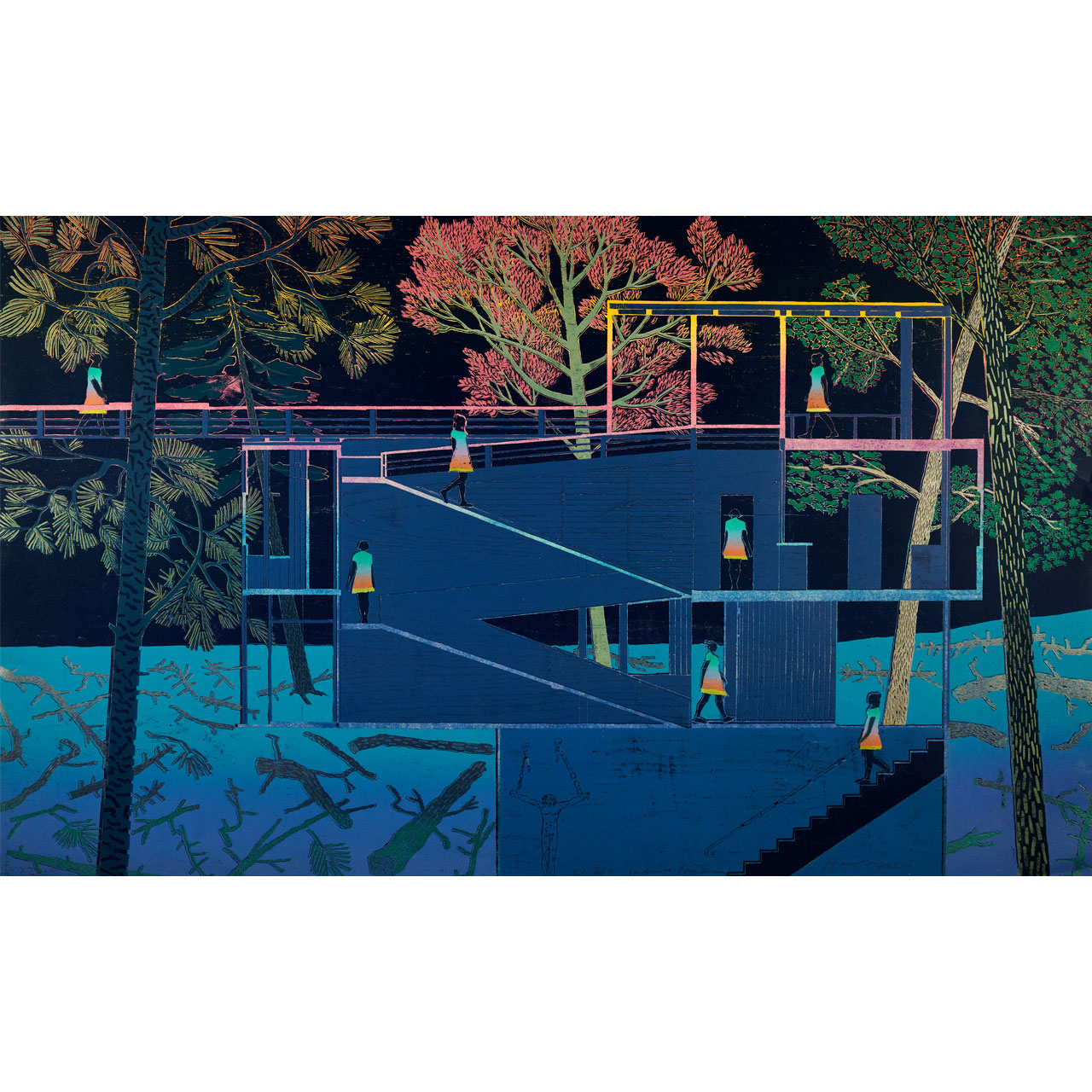 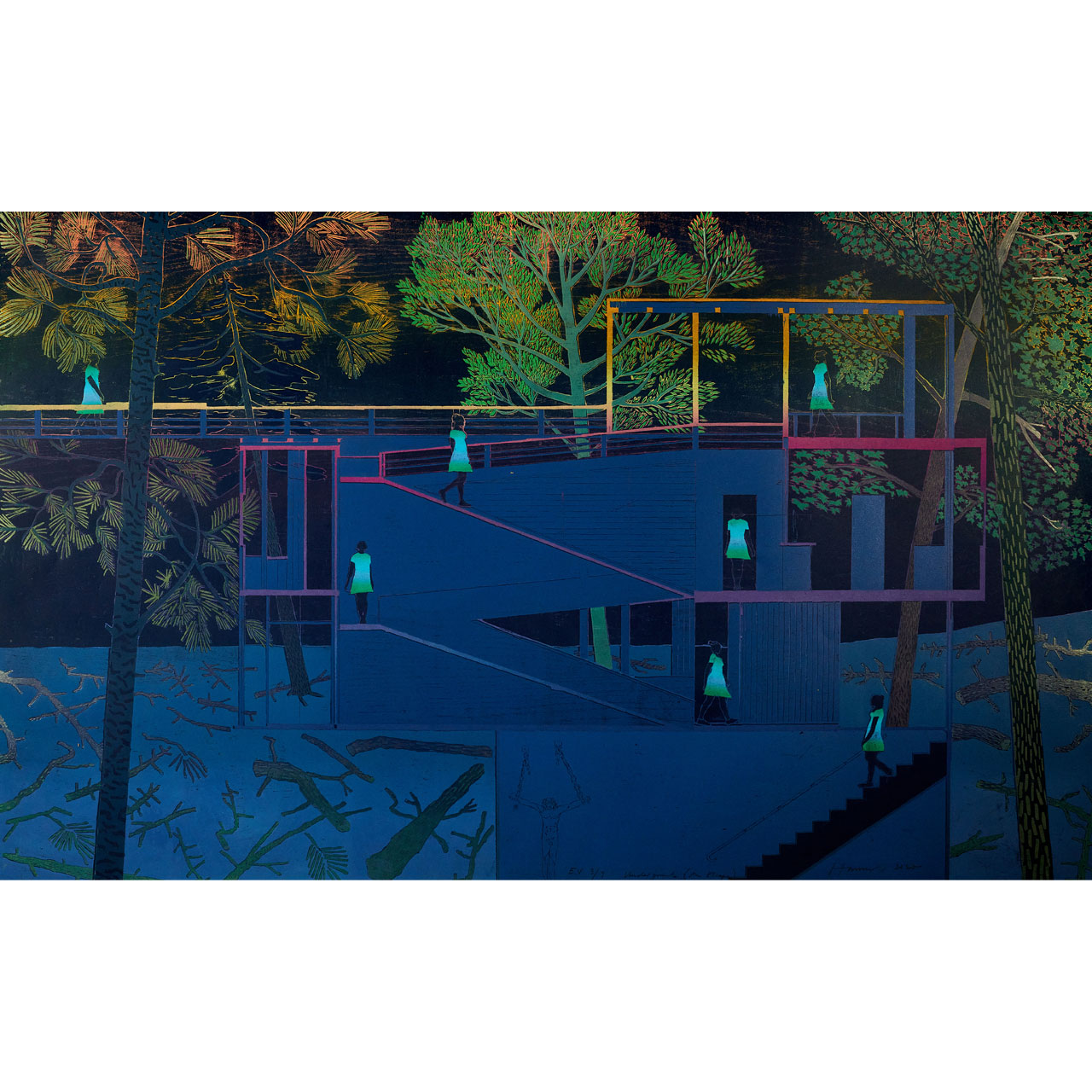 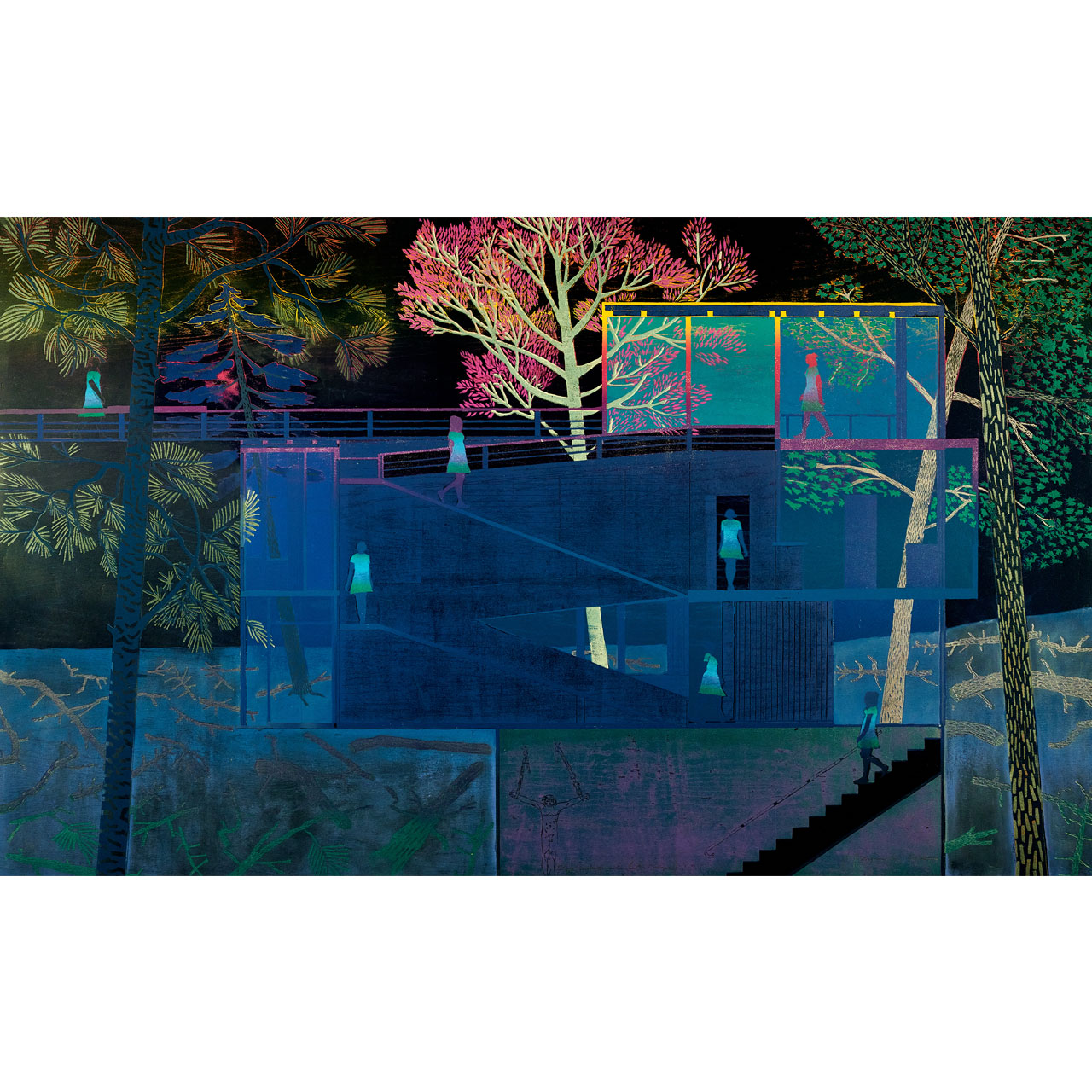