Discover the story of Janáček's The Cunning Little Vixen

In the forest, animals and insects dance and play. A Forester enters and settles down for a nap. A playful Vixen cub startles a frog, who then jumps on the Forester, awakening him. The Forester captures the Vixen and takes her home as a pet.

The Vixen, now a young adult, lives in the Forester’s courtyard along with an amorous old dog. Weary of captivity, she makes mischief and is tied up by the Forester. She dreams of herself as a young woman. At dawn, when the Cock crows and begins bossing his hens around, the Vixen urges the hens to rebel. She manages to trick them all, as well as the Forester, and escape to freedom.

Back in the forest the Vixen commandeers a badger’s home.

The Vixen follows the Schoolmaster and the Parson as they drunkenly stumble home from the inn. Mistaking the Vixen for Terynka, the Schoolmaster confesses his passion for her. The Parson laments a hopeless romance from his student days. The Forester spots the Vixen and fires two shots at her, but she escapes unharmed.

In the forest the Vixen meets a charming male Fox, and they are mutually smitten. They retire to the Vixen’s den, and soon they are obliged to marry. All the forest creatures gather to celebrate.

In the forest the Forester confronts the poacher Harašta, who boasts of his engagement to Terynka. The Forester sets a trap for the Vixen and leaves. The Vixen, the Fox and their brood of cubs emerge to play. They find the trap and mock the Forester’s ineptitude. Harašta haphazardly shoots and kills the defiant Vixen as her family scatters.

At the inn the Forester tells the Schoolmaster that he found the Vixen’s den empty. The Schoolmaster is dejected to learn that Terynka will marry Harašta that very day, wearing a new fox fur muff that he has given her.

The Forester returns to the spot in the forest where he first met the Vixen. He recalls his youth, marvels at the beauty of nature, and falls asleep, dreaming of the Vixen. A young frog reminds him of the wondrous cycle of nature. 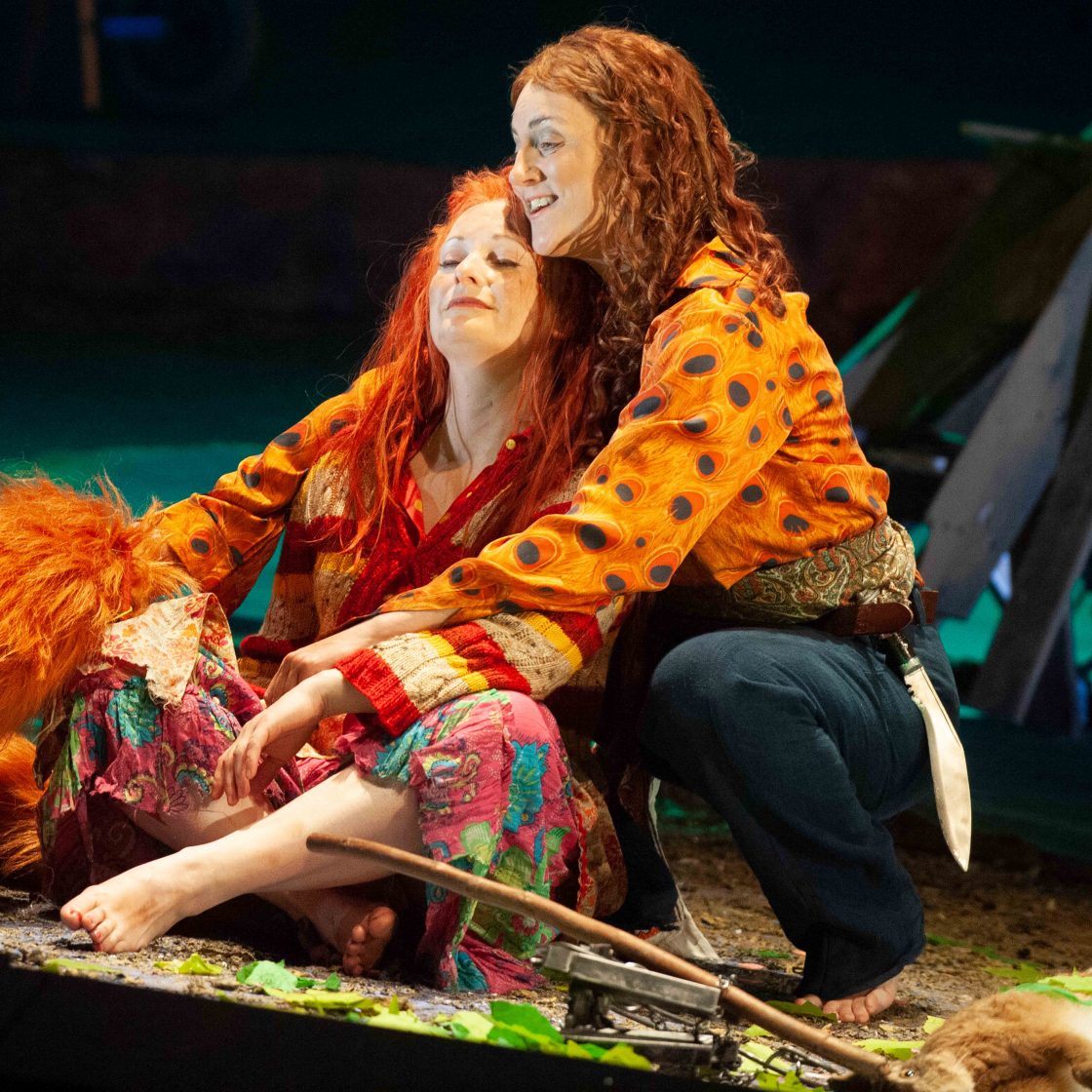 The 2012 production of The Cunning Little Vixen is available to watch on demand by subscribing to Glyndebourne Encore - our streaming service.