Discover the story of Handel's Saul

The Israelites give thanks to God and sing praises to David for his victory over Goliath, the Philistine giant. David is welcomed by Saul, King of Israel, his son Jonathan, his two daughters Michal and Merab, and Abner, his commander-in-chief. Jonathan swears eternal friendship to David. Saul offers David Merab’s hand in marriage, but she scorns his humble origins. Her sister Michal, however, is in love with him. The women of Israel offer further tributes to David, which makes Saul furiously jealous and fearful for his crown. After he leaves, Jonathan reproaches the women for their rash words and urges David to soothe Saul by playing his harp.

Abner returns to report Saul’s madness. Saul reappears venting his anger and attempts to kill David, who manages to escape unharmed. Saul commands Jonathan to destroy David, while Merab comments on her father’s capricious behaviour. Jonathan feels torn between his conflicting loyalties to David and to his father. The High Priest and the Israelites pray for David’s safety.

The people of Israel ponder the destructive power of jealousy. Jonathan confesses to David that Saul has ordered him to kill him, but that he will never harm David. He tells David that Saul has given his daughter Merab to another man, but David is undisturbed, since he loves Michal. Jonathan urges David to escape. Saul arrives and asks Jonathan if he has obeyed his command to kill David, and Jonathan pleads with his father to spare his friend. Saul seemingly relents, asking Jonathan to summon David back to court. Jonathan welcomes David back, while Saul feigns friendship, offering David Michal’s hand and appointing him commander of the Israelite army. David promises loyalty. Saul voices his secret hope that David will be slain by the Philistines. Michal and David declare their love for one another. The chorus praises David’s virtue.

Upon his return from battle, David tells Michal of Saul’s anger, treachery and attempt to kill him. Michal urges him to escape. Doeg, Saul’s messenger, arrives to arrest David, but David once again escapes. Merab, who has softened toward David, expresses her fear for his safety and her faith that Jonathan will save him. At the Feast of the New Moon, Saul declares his intention to destroy David. He questions Jonathan about David’s absence and reproaches him siding with his enemy. When Jonathan defends David, Saul flies into a rage and attempts to murder his own son. The Israelites warn of the dire consequences of Saul’s anger.

In disguise, Saul goes to consult the Witch of Endor, whose magic he had previously outlawed. The Witch complies with Saul’s request to conjure the ghost of Samuel. The ghost of Samuel tells Saul that Israel will be defeated by the Philistines, and Saul and his sons killed, after which the kingdom will pass to David. After the battle, David questions an Amalekite about its outcome and learns of the deaths of Saul and Jonathan and the defeat of the Israelites. The Israelites, David and Merab mourn the deaths of Saul and Jonathan. The High Priest urges the Israelites to celebrate the return of David, and the people extol David and entreat him to lead them into battle and redress the defeat of their nation. 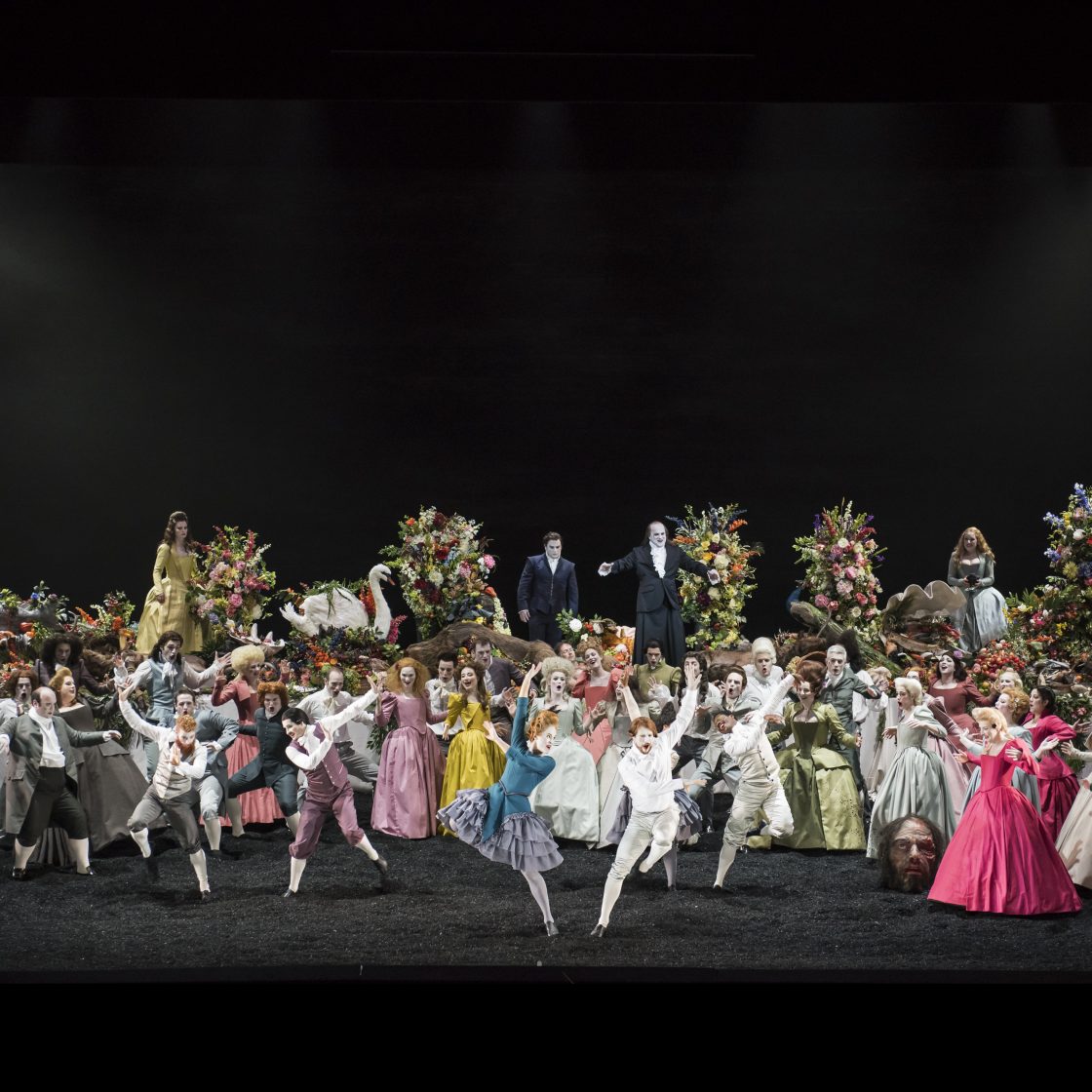 The 2015 production of Saul is available to watch on demand by subscribing to Glyndebourne Encore - our streaming service.