Clocks of various shapes and sizes stand around Torquemada’s shop, striking pleasantly. The muleteer Ramiro comes in to have his watch mended. Torquemada’s wife Concepcion enters to remind her husband it is time for him to regulate the municipal clocks. She complains that he has not placed one of the two grandfather clocks in her room, as requested. It’s too heavy to move, he responds. He asks Ramiro to await his return while he goes about his business.

Concepcion and Ramiro stand looking at one other. She hints about having the clock carried to her room. Nothing easier, says the muscular muleteer. As he takes it upstairs, Gonzalve is heard arriving.

Concepcion’s lover is a poet who waxes lyrical as they prepare to fling themselves into each other’s arms. On his reappearance she thanks Ramiro. To get rid of him again, she asks him to move the other clock upstairs, bringing the first one back. While he goes back upstairs to retrieve the first clock, Concepcion shoves Gonzalve into the second.

Suddenly the banker Don Inigo turns up, enquiring after Concepcion’s husband. It was he, he admits, who appointed Torquemada to the job of looking after the town’s clocks to get him out of the way. He tries to take Concepcion’s hand. The return of Ramiro with clock number 1 saves her. Ramiro picks up the second clock (containing Gonzalve) without difficulty. Concepcion is impressed and follows him upstairs.

Left alone, Inigo decides he would improve his image as a playful lover by hiding in the remaining clock. As he does so Ramiro reappears, charged by Concepcion with minding the shop. Suddenly she returns, complaining at the upstairs clock’s noisy innards. Would Ramiro kindly bring it back down? He instantly obliges.

Inigo declares his love to Concepcion. She begins to see his potential. Ramiro returns with the first clock (containing Gonzalve) and offers to take up the second (containing Inigo). Concepcion accepts his suggestion.

Opening the first clock, she tries to dismiss Gonzalve, who is reluctant to leave. She deserts him and he retires into his clock as Ramiro returns. He looks around the shop with admiration; if he were not a muleteer, he would like to be a clockmaker. As Concepcion returns, he divines her unhappiness with the second clock, and goes to retrieve it.

Left alone, Concepcion expresses dissatisfaction with both her lovers. As Ramiro returns yet again, she appreciates his physical strength. She sends him back to her room – this time without a clock to carry – then follows him.

Ramiro and Concepcion return and all join in the moral: in the pursuit of love, there comes a moment when it’s the muleteer’s turn. 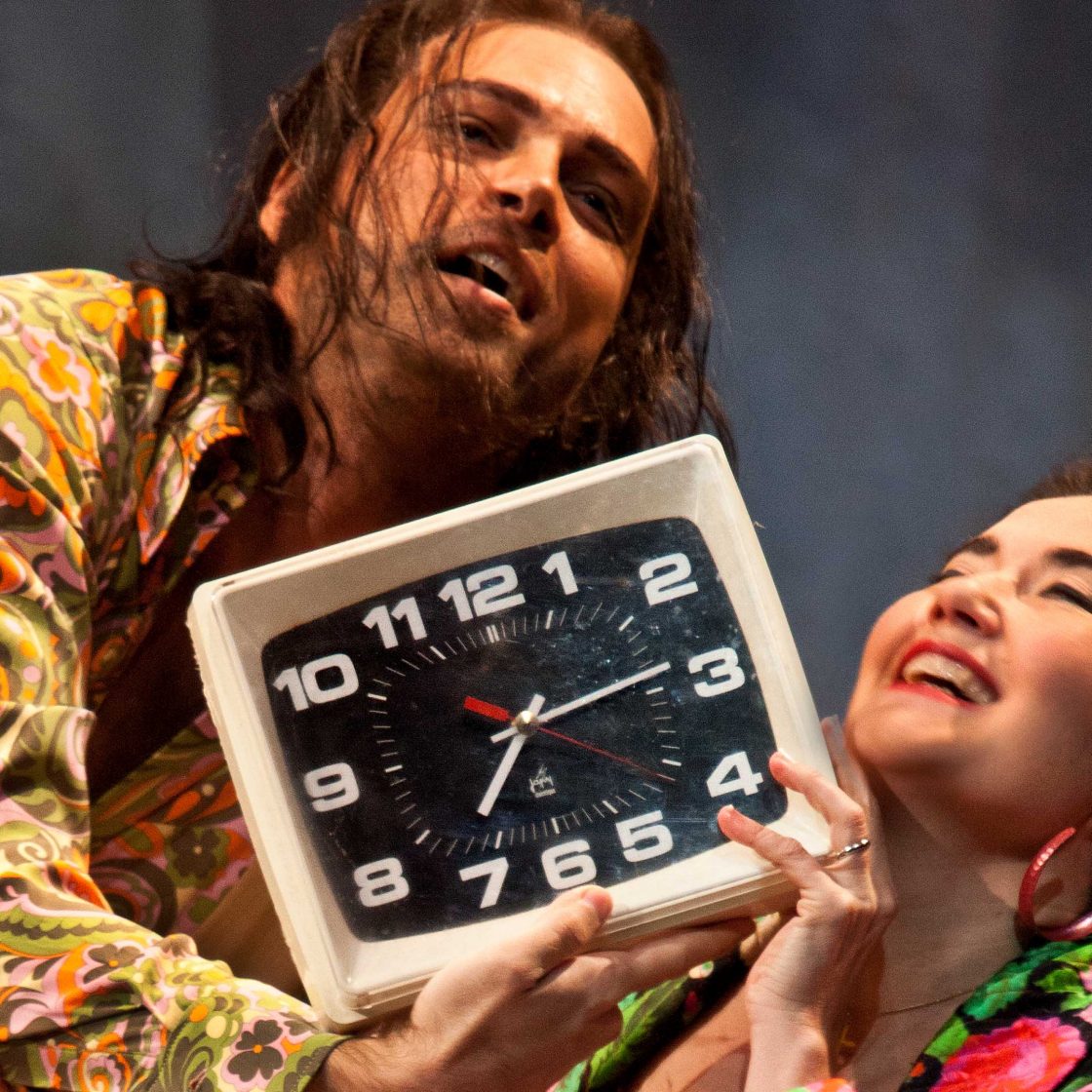 The 2012 production of L'heure espagnole is available to watch on demand by subscribing to Glyndebourne Encore - our streaming service.