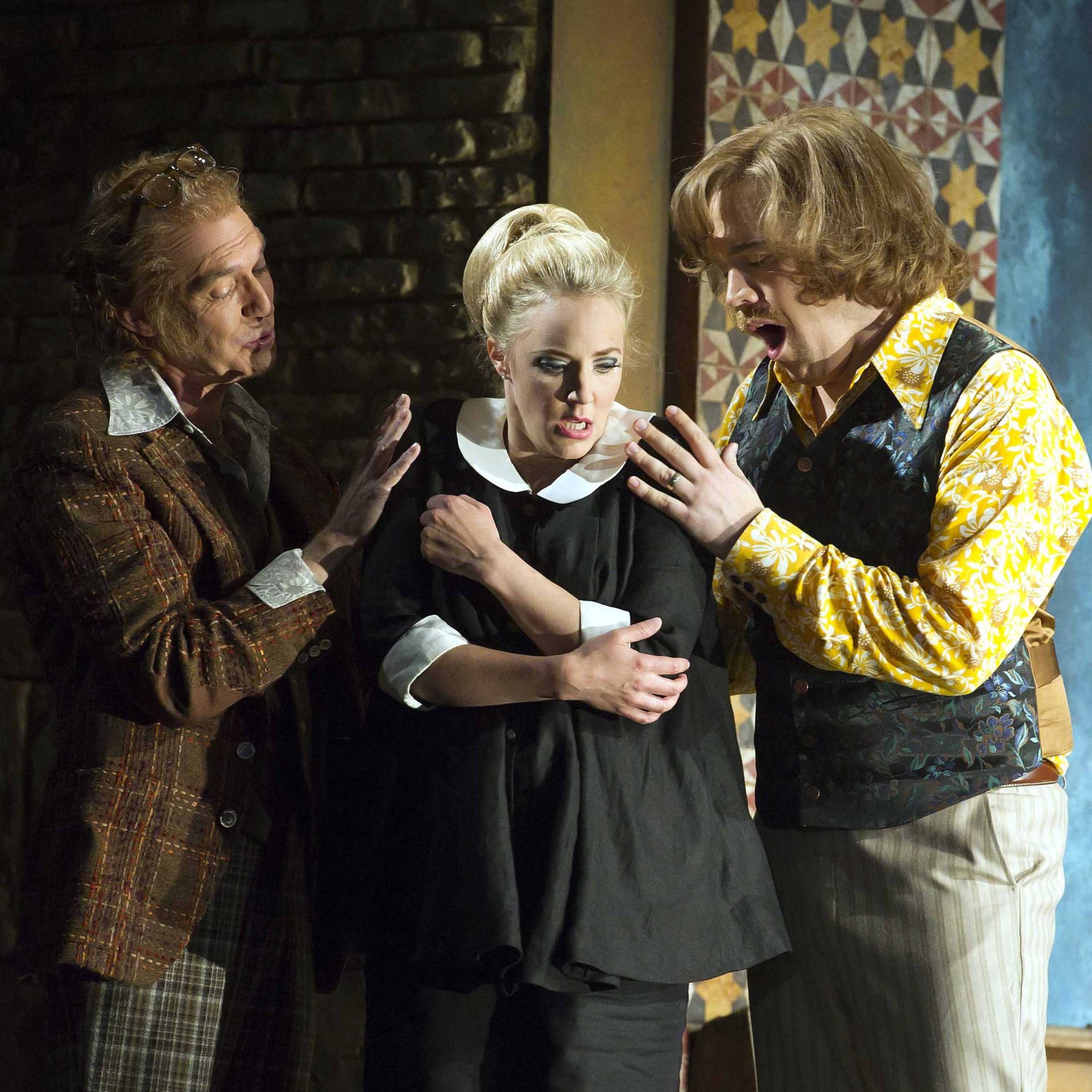 Ensembles are the dramatic engine of Le nozze di Figaro. Of the opera’s 28 musical numbers half are ensembles.

Despite all the profound emotions the characters in Le nozze di Figaro experience, nearly all the music is in sunny major keys.

Only one musical number, Barbarina’s short aria at the top of Act IV, is written entirely in a minor key. Other than that there are only two brief bits in minor: the beginning of the Act III duet between the Count and Susanna, and the passage in the Act III finale when the Count pricks his finger with a pin.

After three acts of frenetic hustle-bustle, a dozen ensembles and an Act II aria that barely seems like one, Susanna finally gets her moment in the spotlight in Act IV.

Her aria, ‘Deh vieni, non tardar’, a sublime island of calm in this action-packed opera, begins with Susanna pretending to await a tryst with the Count, but soon morphs into a deeply heartfelt expression of her love for Figaro.

Le nozze di Figaro is Glyndebourne’s most performed opera. I…