Susanna tries on a wedding bonnet, whilst her fiancé Figaro measures the room in the castle given to them by the Count. She points out its dangerous proximity to the Count, reminding Figaro of the droit de seigneur, the ancient feudal right of masters to dally with their maiden servants. Figaro vows to thwart him.

Figaro’s old enemy Bartolo and Bartolo’s former servant Marcellina enter with a marriage contract between Marcellina and Figaro, which they intend to enforce.

The page Cherubino enters, protesting about being sent away to the army because the Count found him dallying with the gardener’s daughter Barbarina. When the Count approaches, he hides.

The Count romances Susanna. Her singing teacher Basilio arrives, forcing the Count to hide. When the Count comes out of hiding, he discovers the hidden Cherubino.

Figaro arrives with a group of peasants praising the Count for abolishing the droit de seigneur. The Count sends Cherubino off to join his regiment.

The Countess laments her husband’s neglect. Susanna tells her of his designs on her, and of Figaro’s plan to send a cross- dressed Cherubino to meet the Count instead of her. Cherubino arrives to prepare for his ‘tryst’ with the Count, but the Count’s arrival forces him to hide in the closet. Susanna returns unobserved and hides.

The Count, told that Susanna is hiding in the closet, demands that she emerge. He goes to fetch tools to open the door, taking the Countess with him. Susanna releases Cherubino, who escapes through the window while she enters the closet. Returning with her husband, the Countess confesses that Cherubino is inside. Both are nonplussed when Susanna emerges.

Figaro arrives. The gardener Antonio enters complaining about someone jumping from the window; Figaro claims it was him. The Count is relieved when Bartolo, Marcellina and Basilio enter demanding that Figaro marry Marcellina or repay his debt.

The Count pursues Susanna. She agrees to a rendezvous, but the Count then overhears her plotting with Figaro.

Alone, the Countess ponders her unhappy marriage. Meanwhile, Marcellina has won the court case on her marriage contract. Figaro confesses that he was born into a respectable family and requires his parents’ consent. In his description of his history, Marcellina recognises Figaro as her long- lost son; Bartolo is his father.

Susanna and the Countess write to the Count inviting him to the rendezvous; a pin must be returned as acknowledgement. A group of peasant girls arrives offering flowers to the Countess, with the disguised Cherubino among them. Barbarina forces the Count to agree to let her marry Cherubino. The wedding celebrations begin. Susanna passes the letter to the Count.

That night in the garden, Barbarina laments losing the pin she was to return to Susanna. Figaro resolves to interrupt the tryst between Susanna and the Count. Marcellina goes to forewarn Susanna.

Barbarina, Figaro, Bartolo and Basilio hide. Disguised in each other’s clothes, Susanna and the Countess enter to ensnare the Count.

Cherubino arrives seeking Barbarina, but sees (as he thinks) Susanna, and flirts with her. The Count takes Cherubino’s place wooing ‘Susanna’. Figaro, seeing through Susanna’s disguise, feigns seducing ‘the Countess’, and is caught by the Count, who refuses to forgive his wife for her apparent infidelity. The truth is revealed and all is set right. 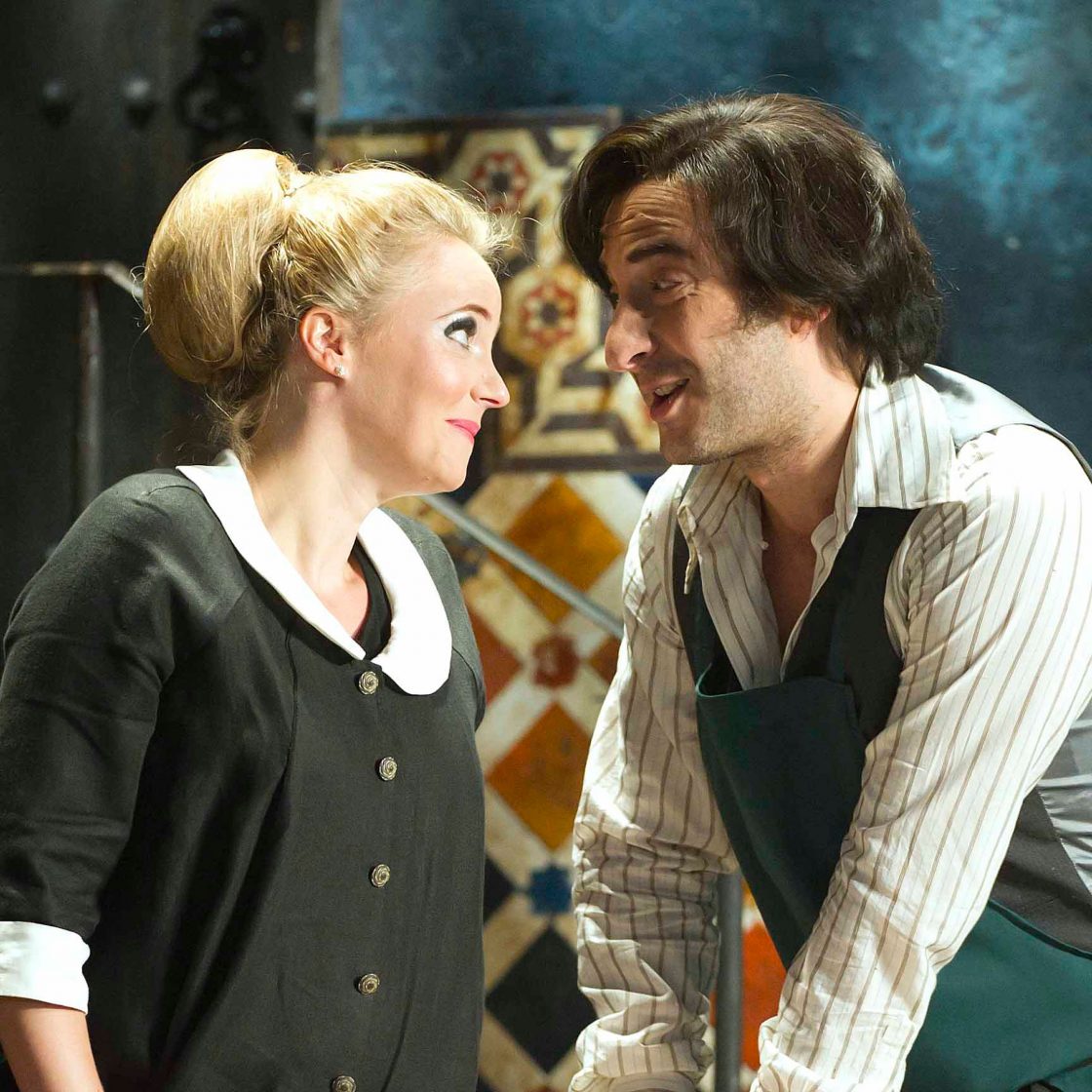 The 2012 production of Le nozze di Figaro is available to watch on demand by subscribing to Glyndebourne Encore - our streaming service.

Le nozze di Figaro is Glyndebourne’s most performed opera. I…