A serenade and a plan

Dawn breaks over Seville. Outside the window of the beautiful Rosina, Count Almaviva (disguised as a poor student – Lindoro) sings a serenade. Rosina doesn’t appear, but local barber and schemer Figaro arrives. He tells Almaviva more about Rosina. She is the ward of Dr Bartolo, who keeps her locked away, hoping to marry her himself and gain her dowry.  But Figaro has a plan; Almaviva will disguise himself as a drunken soldier and pretend to be billeted to Bartolo’s house, giving him access to Rosina.

Rosina is entranced by the disguised Count. Don Basilio, Rosina’s singing teacher, warns Bartolo that Count Almaviva, Rosina’s would-be lover, has arrived in Seville. They plot to slander him, and Bartolo resolves to marry Rosina immediately as a precaution. When they leave to draw up a marriage contract, Figaro tells Rosina all, embellishing the tale of the penniless “Lindoro”. Rosina entrusts him with a letter to give to him. 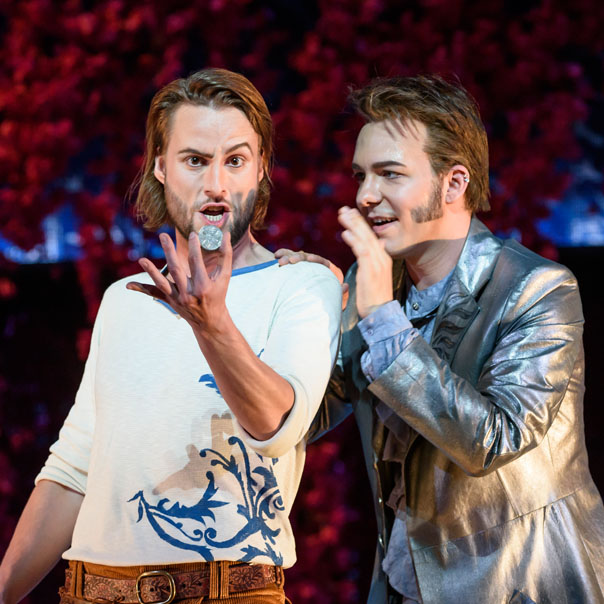 Bartolo is suspicious. Rosina has ink on her fingers; has she secretly written to Almaviva? He swears to keep her locked up in future. He is distracted by Almaviva, who arrives disguised as a drunken soldier, billeted to Bartolo’s house. Despite Bartolo’s protestations, he enters and manages to reveal to Rosina that he is really Lindoro. Bartolo insists that he won’t house Almaviva, and the noise brings Figaro and the Civil Guard to the house. Confusion and chaos reign as everyone tries to explain the situation. Soldiers arrest Almaviva, who reveals his identity and is immediately released. Bartolo explodes with anger. 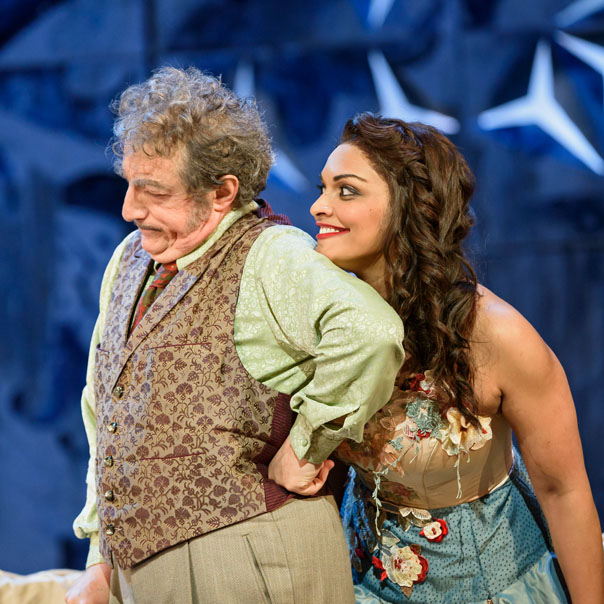 A lesson in love

Almaviva returns to Bartolo’s house, this time disguised as Don Alonso – a music-master replacing the indisposed Don Basilio. In order to allay Bartolo’s suspicions he pretends to be staying at the same inn as Almaviva, and offers to persuade Rosina that the Count is just toying with her affections. Bartolo agrees, and relaxes into sleep while the music lesson takes place, giving Rosina and her lover time to talk.

Figaro arrives to shave Bartolo, and manages to steal a key to the house. A not-at-all-ill Basilio appears, but Figaro is able to bribe him to leave. While Figaro is shaving Bartolo, Rosina and “Lindoro” make a plan: at midnight they will break Rosina out of her prison and run away together. But when Bartolo overhears Almaviva mention a disguise, he realises that he has been tricked again, and once again the scene descends into anger and chaos.

Left alone, the servant Berta despairs at the foolishness of amorous old men. Basilio returns, confirming Bartolo’s suspicions about “Don Alonso”. Bartolo goes to fetch a notary, vowing to be married that night. Bartolo tricks Rosina into believing that her lover has betrayed her, and she reluctantly agrees to marry him instead.

A wedding – but whose?

Figaro and Almaviva sneak into Bartolo’s house. Rosina is furious until Almaviva explains all and reveals his true identity. Basilio arrives with the notary, and by the use of threats and bribes, Figaro ensures that the notary actually marries Rosina and the Count, with Basilio as witness. Bartolo arrives with soldiers, but it is too late. Faced with a legally married couple, Bartolo has no choice but to accept that he has been beaten and join in the celebrations.

Opera’s greatest comedy makes a welcome return to the Glynde…
Glyndebourne Shop
Our online shop offers a great selection of exclusive and locally sourced products. Every purchase supports our work.
Shop now
Become a Member
Enjoy priority booking for the Festival. Find out how you can join as an Associate Member
Join today
Donate to the Annual Fund
To stay at the forefront of theatre technology, we need your help. Set the spotlight back on our stage by supporting this vital upgrade.
Find out more