Learn more about the characters in Brett Dean's Hamlet 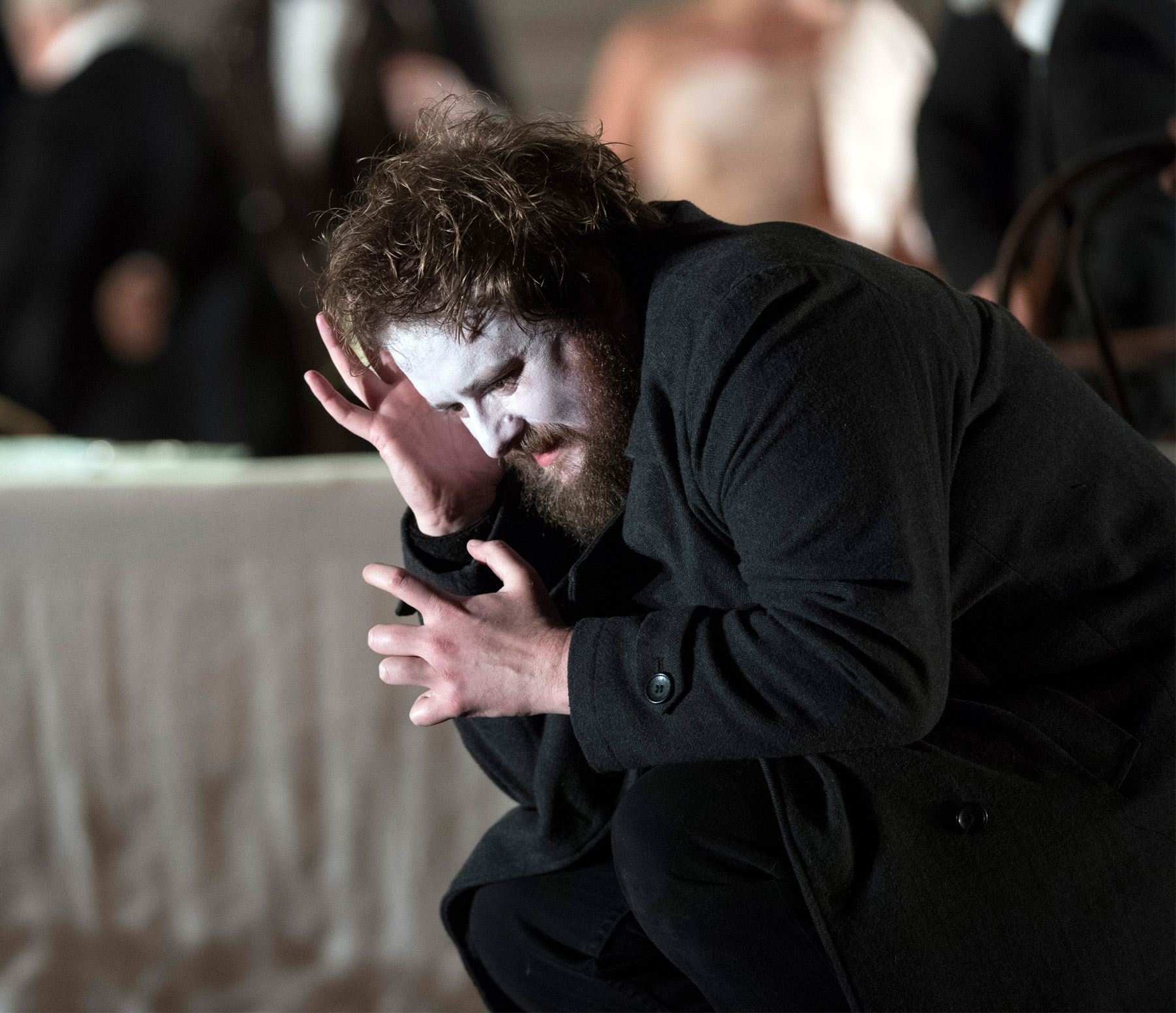 Operatic heroes traditionally tend to be tenors, but contrast the normal heroic, showy type of tenor-writing you might get in Verdi or Rossini – full of virtuoso technique and big, lyrical arias – with Brett Dean’s much more exploratory, dramatic style of tenor-writing for Hamlet.

Look at how often Hamlet’s solo passages are accompanied by the wordless chorus of eight singers in the orchestra pit. While they have no official or fixed symbolism, their voices are often associated through the opera with madness and provide what almost seems to be the sound of Hamlet’s thoughts – a musical window into his troubled mind.

While Hamlet doesn’t have as much extended vocal technique as Ophelia, his role still requires some unusual effects and textures. Quite often he slips between spoken word and song and back again within the space of a few bars. The effect is almost improvisatory, mirroring Hamlet’s fast-moving thoughts. It also mirrors the character’s mental decline; if music is the currency of the operatic world, then his frequent departures into speech show him losing his grip on that reality and those social conventions. 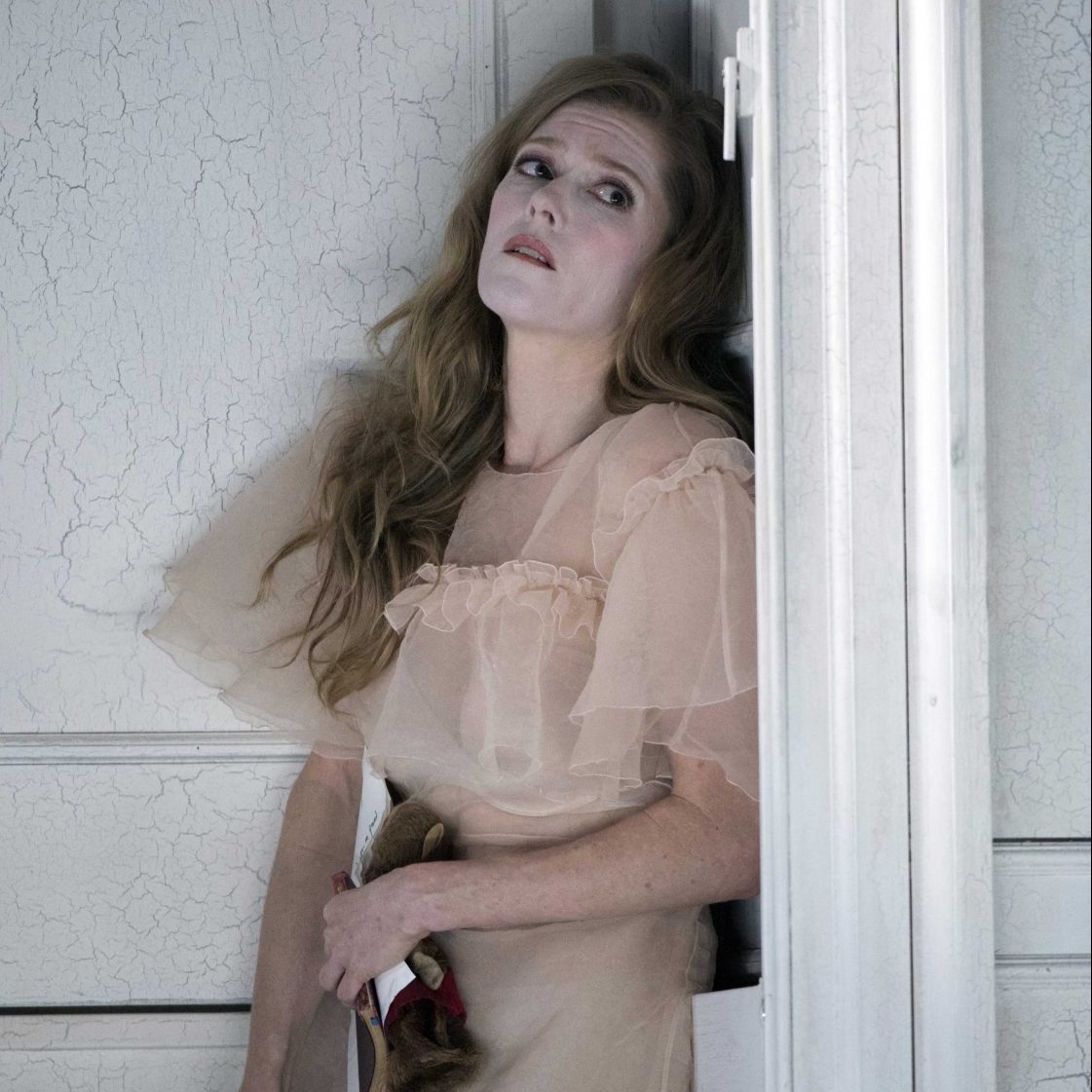 Hamlet’s beloved Ophelia is a character whose dramatic importance to Shakespeare’s tragedy doesn’t translate into many spoken lines. Composer Brett Dean and librettist Matthew Jocelyn have developed her more fully in their opera by borrowing text from elsewhere and putting it into her mouth, most strikingly allowing her to “speak” after death in a way she cannot in the play. She emerges as a stronger, more assertive, more contemporary character in this version as a result.

Ophelia wears her heart on her sleeve, and her emotional shifts are all mirrored audibly in her music. When Hamlet rejects her in the Letter Scene (Act 1 Scene 4), Ophelia is so shocked and horrified that she can barely express herself. Her music, previously lyrical and expressed in long, arching phrases, becomes fragmented and leaps erratically about from the very top to the bottom of her register. Even words are beyond her, and instead of full singing tone we get noises – clusters of consonants “ghghgh” that are more like the cries of a wounded animal than conventional singing.

The defining scene for Ophelia is her mad scene in Act II. Highly virtuosic and incredibly demanding for the singer, it’s a musical portrait of a woman on the brink of suicide. Look at the scene’s episodic structure – Ophelia wanders erratically from musical thought to thought without logic, returning almost obsessively to the “love” music of Act I in her phrases ‘But for the joyful hope of this’ and ‘Never doubt I love’.

‘But for this, but for the joyful hope of this’ 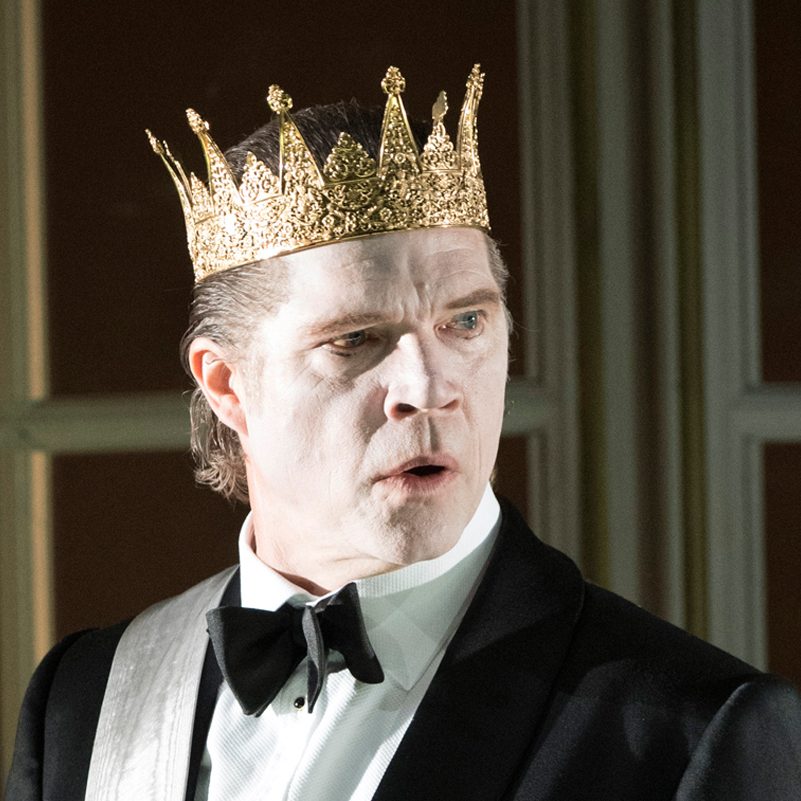 Unscrupulous murderer Claudius, who is willing to kill his brother in order to marry his wife and gain the throne, offers some of the opera’s most distinctive musical moments. We see him mostly in his smoothed-out public persona; the Claudius of Act I is plausible as a monarch – calm, measured, authoritative in his musical persona, compared to the already unstable Hamlet.

However the confession scene at the end of Act I reveals Claudius’s inner turmoil. Brass instruments and trumpet fanfares might suggest kingly authority, but their insistence here seems almost compensatory – as though Claudius is putting on a show, acting a role, behaving musically like he thinks kings should behave, rather than actually owning the role. 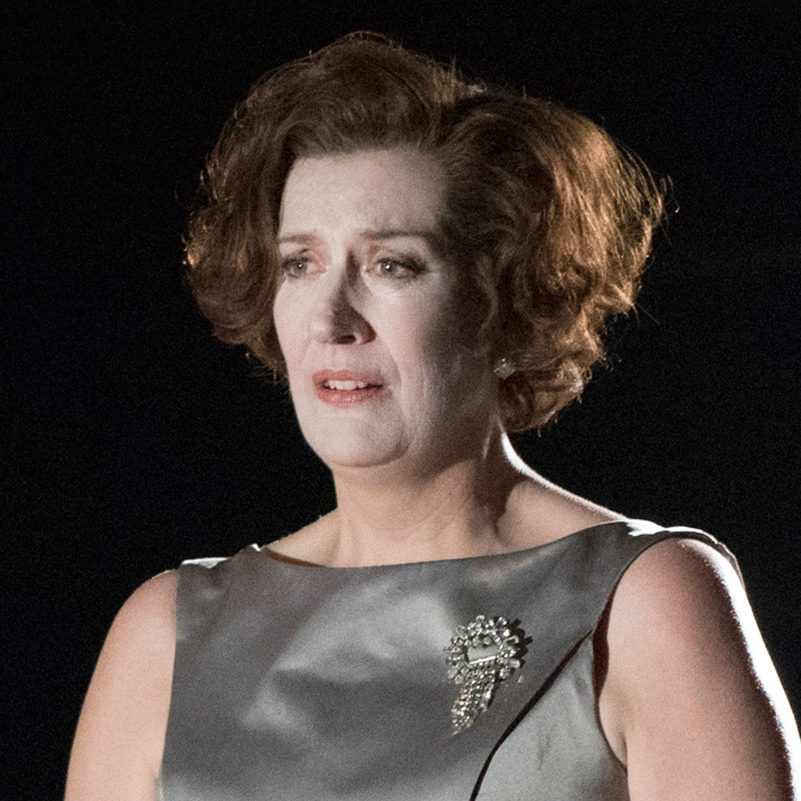 Gertrude is a fascinating character because we’re never quite sure what she knows, thinks or feels about Claudius’s murder of her husband, King Hamlet. Does she willingly and deliberately look the other way, suppressing her suspicions, or is she genuinely unaware of the plot, blinded by her love for Claudius?

Brett Dean’s Gertrude gives more away than her Shakespearean counterpart. Her music is some of the sweetest and most lyrical in the opera. There’s an ingenuous quality, a simplicity to it that points towards her innocence. Listen to the empathy and gentle, songlike beauty of her ‘There is a willow’ – the aria she sings in response to Ophelia’s death.

‘There is a willow’ 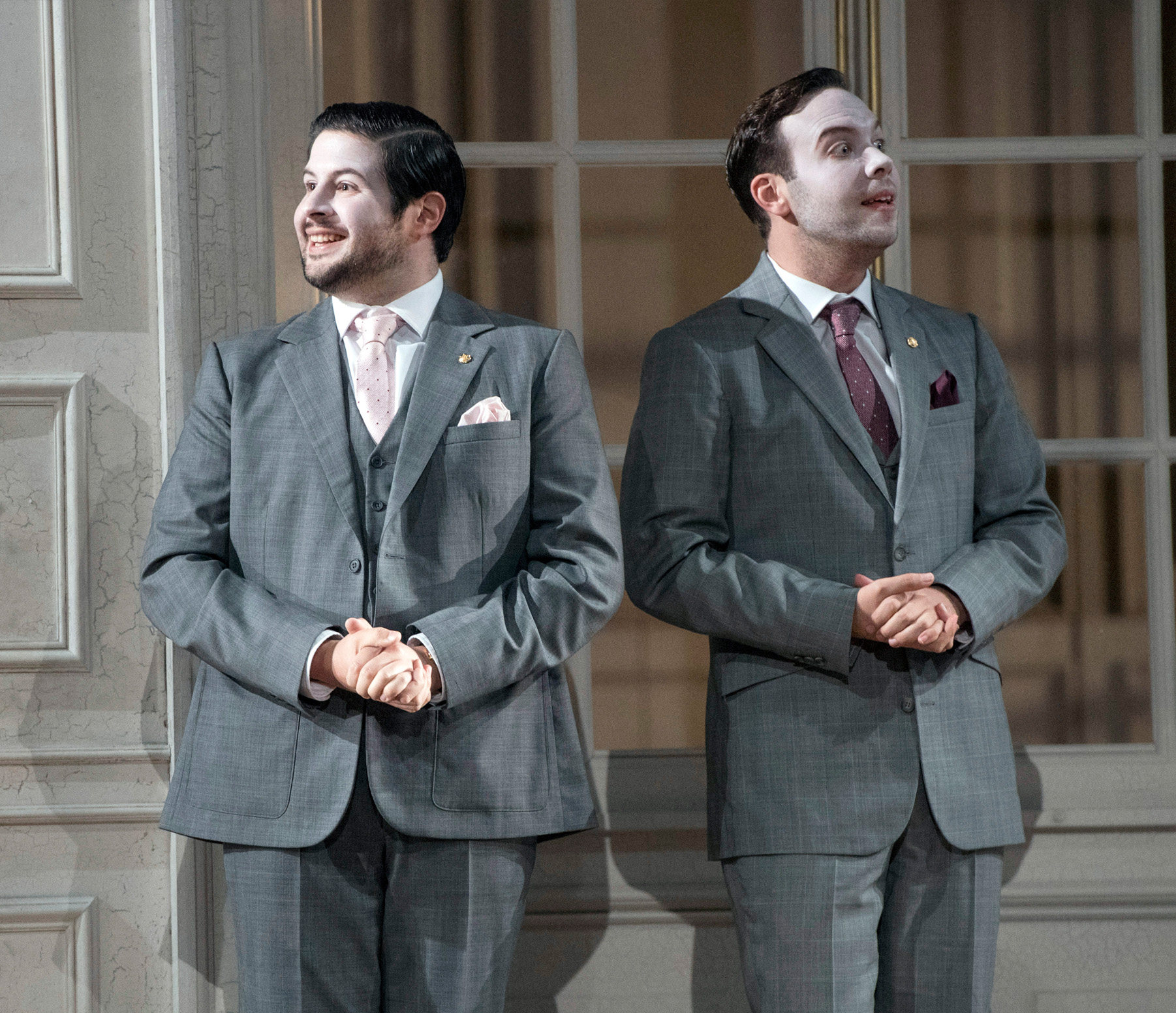 In Baroque opera the male alto voice (countertenor) was associated with masculinity and heroism. In contemporary opera that perception has shifted, and more often the voice-type is more often associated with strange, unusual or weak characters. Here, Dean uses the countertenor voice to capture the affectation and silliness of these two would-be courtiers.

Shakespeare’s play makes a joke of the fact that no one can tell Hamlet’s university friends Rosencrantz and Guildenstern apart. Brett Dean reinforces this idea musically by setting the roles for the same voice-type and writing music for the pair that is often an exact canon or a close imitation of one another, a sort of musical Tweedledum and Tweedledee.

Rosencrantz and Guildenstern’s music stands apart from all around it for its fussiness, its sheer number of notes. The two characters sustain an almost constant echoing chatter, whose meaningless ornamentation and complexity points to their social pretensions and self-importance.

What’s in the Archive?