A guide to bel canto

Until the 19th century opera had evolved through three main periods...

In 1597 Jacopo Peri composed music for Dafne, a play based on the Greek tragedy of Apollo and Daphne. Peri wrote music for the whole of the play, requiring performers to sing lines in a ‘speech-like’ way or musica parlante, more commonly known today as recitative.

Ten years after Dafne, Claudio Monteverdi premiered l’Orfeo, the first of four operas he would compose. They built on Peri’s style of musica parlante, adding a larger orchestra, more lavish costumes and sets, and a more dramatic vocal style. His operas spread across the Italian region with the creation of several touring opera companies and the construction of the first public opera house, the Teatro di San Cassiano, which opened in Venice in 1637. Today, we see Monteverdi as a revolutionary in the development of opera and these works mark the beginning of the baroque period.

At the end of the 17th century two new operatic forms grew out of the baroque style: opera seria and opera buffa. These genres were popular not just in Italy but across Europe. As the name suggests, opera seria was serious and often had tragic elements, while opera buffa was a much lighter comic style. Leonardo Vinci and Baldassare Galuppi were two key Italian composers of this period. 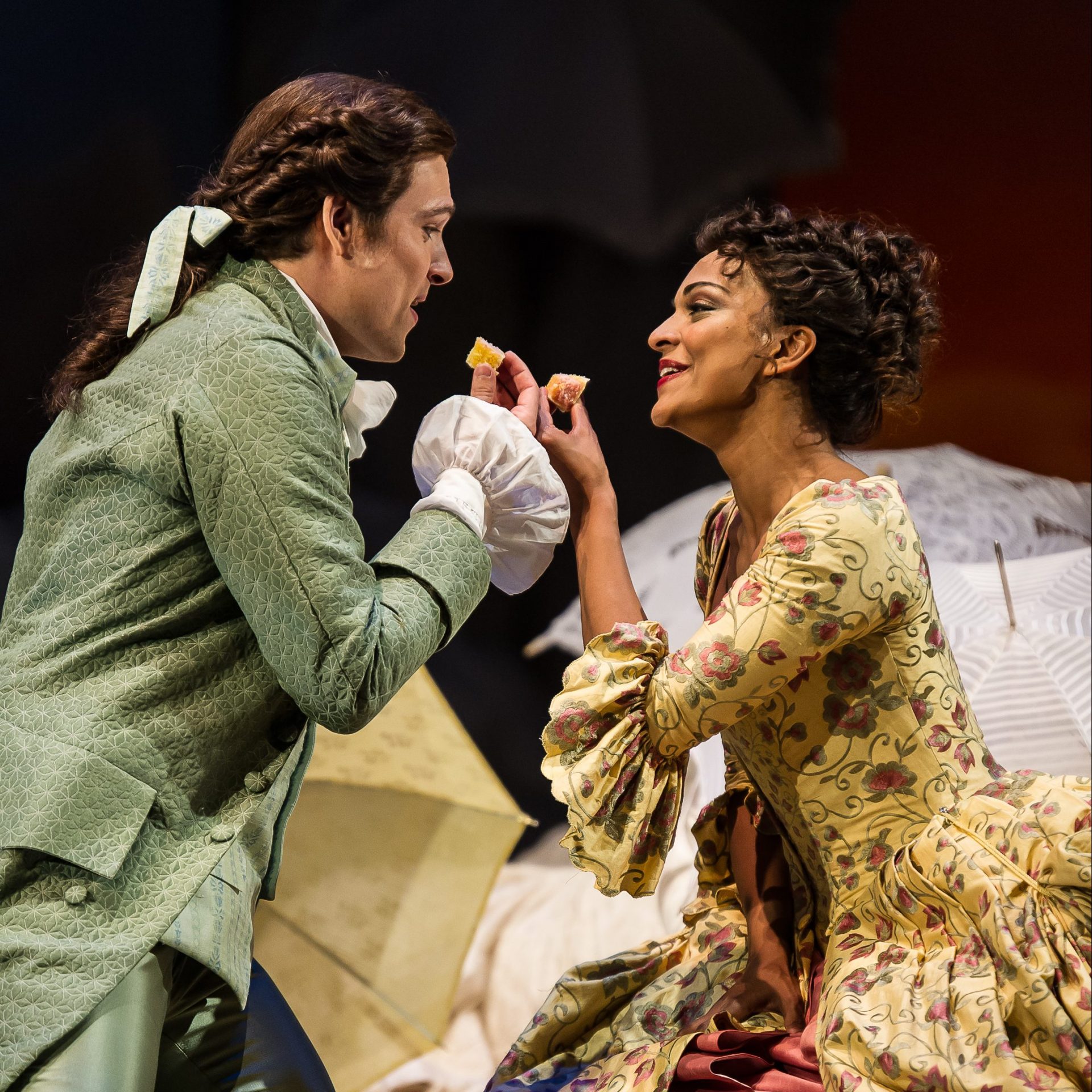 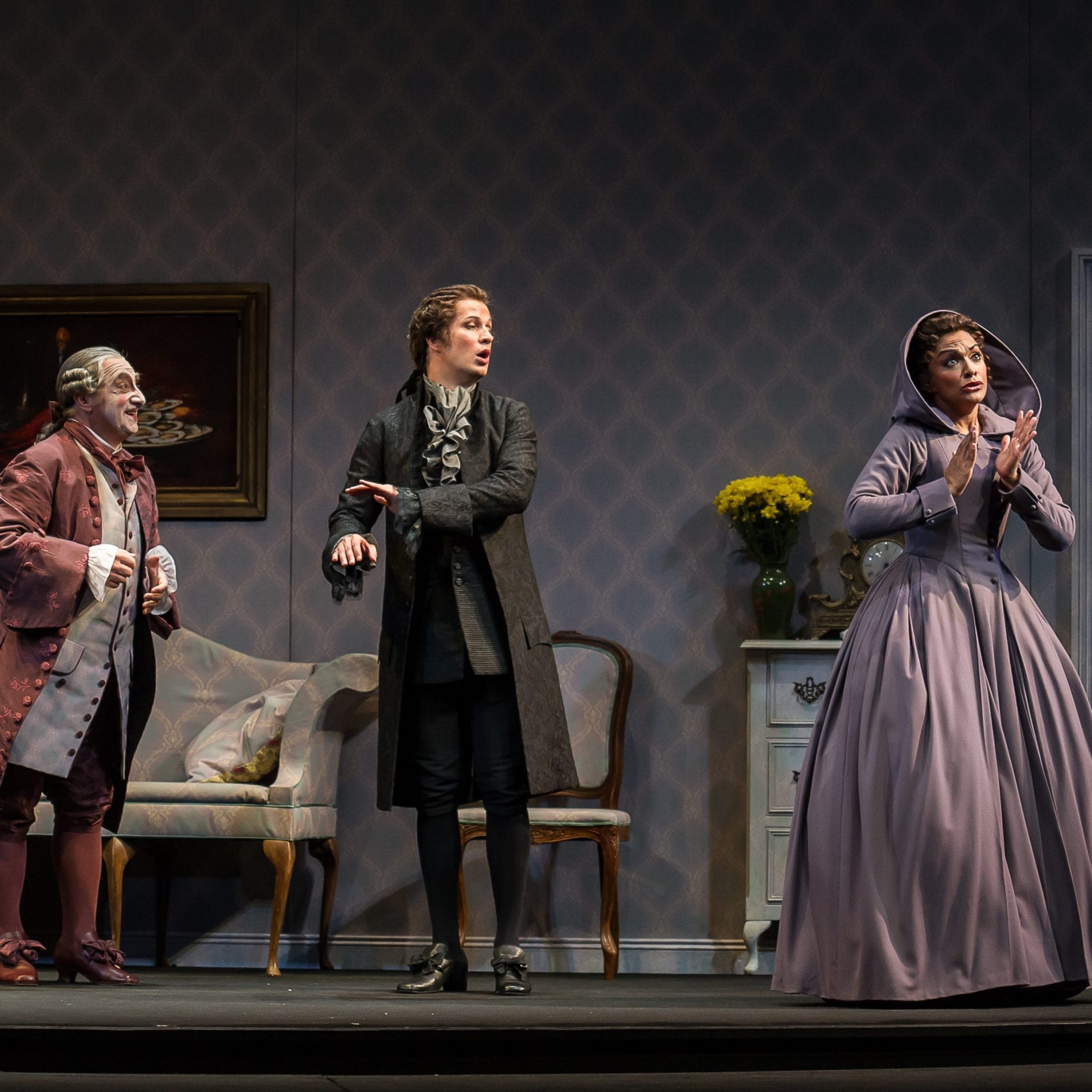 Virtually all opera uses words and music to tell a story

The ‘libretto’ – the first libretto draft of Don Pasquale was written by Giovanni Ruffini.

Unlike singers in musicals, opera singers rely solely on their lungs and the acoustics of a theatre to amplify their voices.

Until the 18th century orchestral passages and solo singing would alternate, one after another.

The emergence of the orchestra

The way composers used music in operas began to change around the start of the 18th century. They began to include more orchestral accompaniments to more arias.

The evolution of singing

Voice types gradually moved away from the castratos who had dominated early Italian and baroque opera. The established singing voices in opera had become:

So how did bel canto change opera?

Bel canto puts the beauty of the voice above all else. And no matter how carefully the singing is taught, great importance is placed on the ‘naturalness’ of the execution.

Bel canto operas often include slow, expressive movements where star singers can explore the emotions of their characters and show off their bel canto singing techniques.

A skilful singer in the bel canto tradition is prized for:

The voice can handle difficult passages incorporating vocal embellishment across the entire register (from the lowest note to the highest note attainable by any particular voice type).

The sound should be rounded and smooth and the tone should be even – regardless of the note or volume.

The test of a true bel canto star

The ability to switch from singing very quietly to singing at full operatic volume and back again without disturbing the tone – let alone needing to breathe. 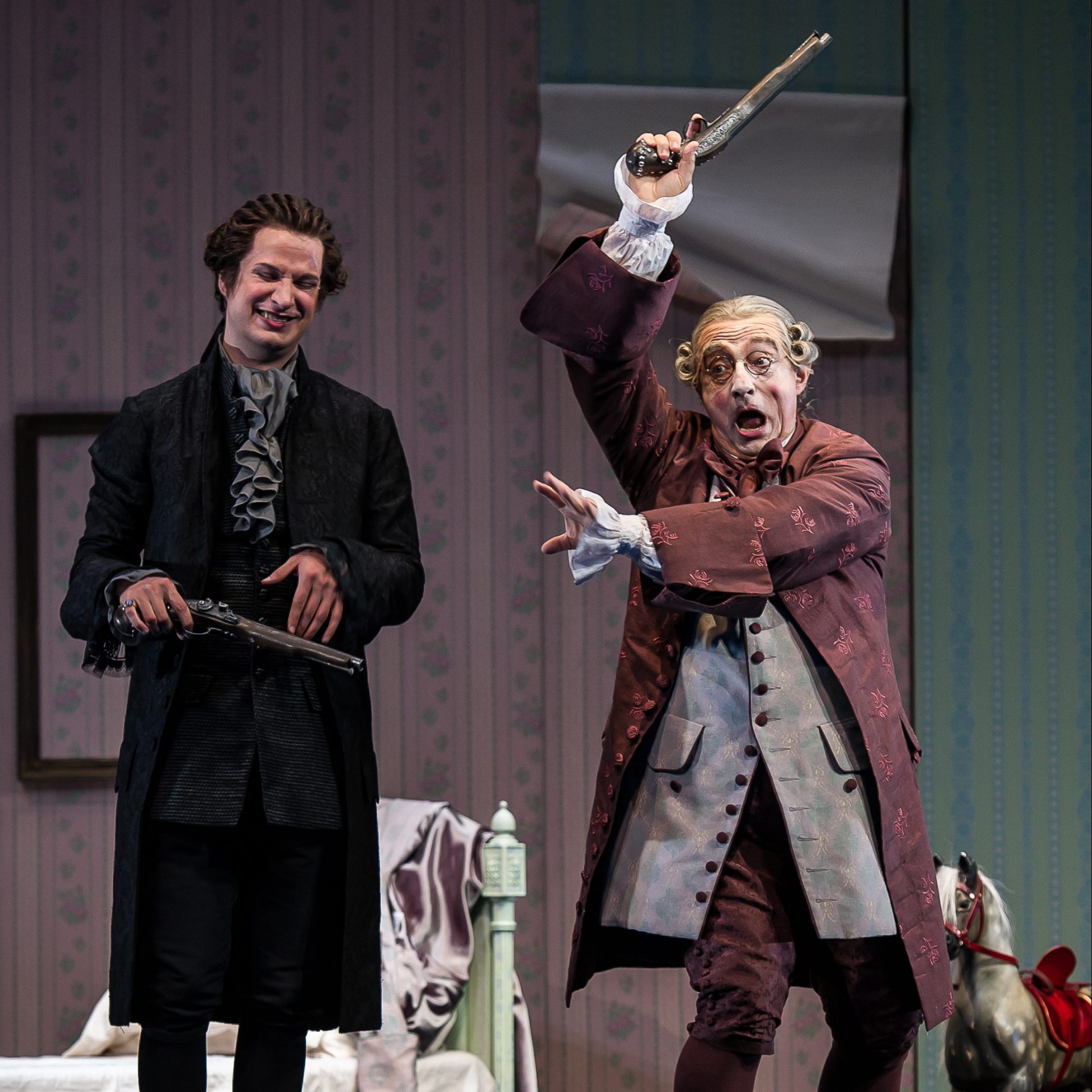 Some of the composers most associated with bel canto are:

1792-1868
La Cenerentola was first performed in Rome on 25 January 1817. The libretto was written by Jacopo Ferretti. La Cenerentola is considered to have some of Rossini’s finest writing for solo voices and ensembles.

Verdi began writing operas in the final years of Donizetti’s career, and his earlier operas have clear traces of bel canto writing. Verdi was inspired by Parisian composers who placed equal emphasis on the orchestra’s expressiveness in an opera. He was also keen to explore new arrangements involving instruments and voices. Duets increasingly became as important in his operas as solo numbers.

Verdi was interested in more ‘realistic’, dramatically effective types of singing and his success in transforming the bel canto tradition marked the shift towards romanticism in Italian operas.