Seduction and a duel

Awakened by the commotion, the Commendatore challenges Giovanni to a duel, which ends in the old man’s death. After Giovanni and Leporello flee, Anna and her fiancé, Don Ottavio, swear vengeance upon the Commendatore’s mysterious killer.

Giovanni and Leporello overhear the lament of an abandoned woman. Giovanni approaches to seduce her but soon recognises her as Donna Elvira, a woman he has already seduced and deserted.

Giovanni orders Leporello to distract her while he escapes. Leporello informs Elvira that hers is just one name in the long catalogue of Giovanni’s conquests. 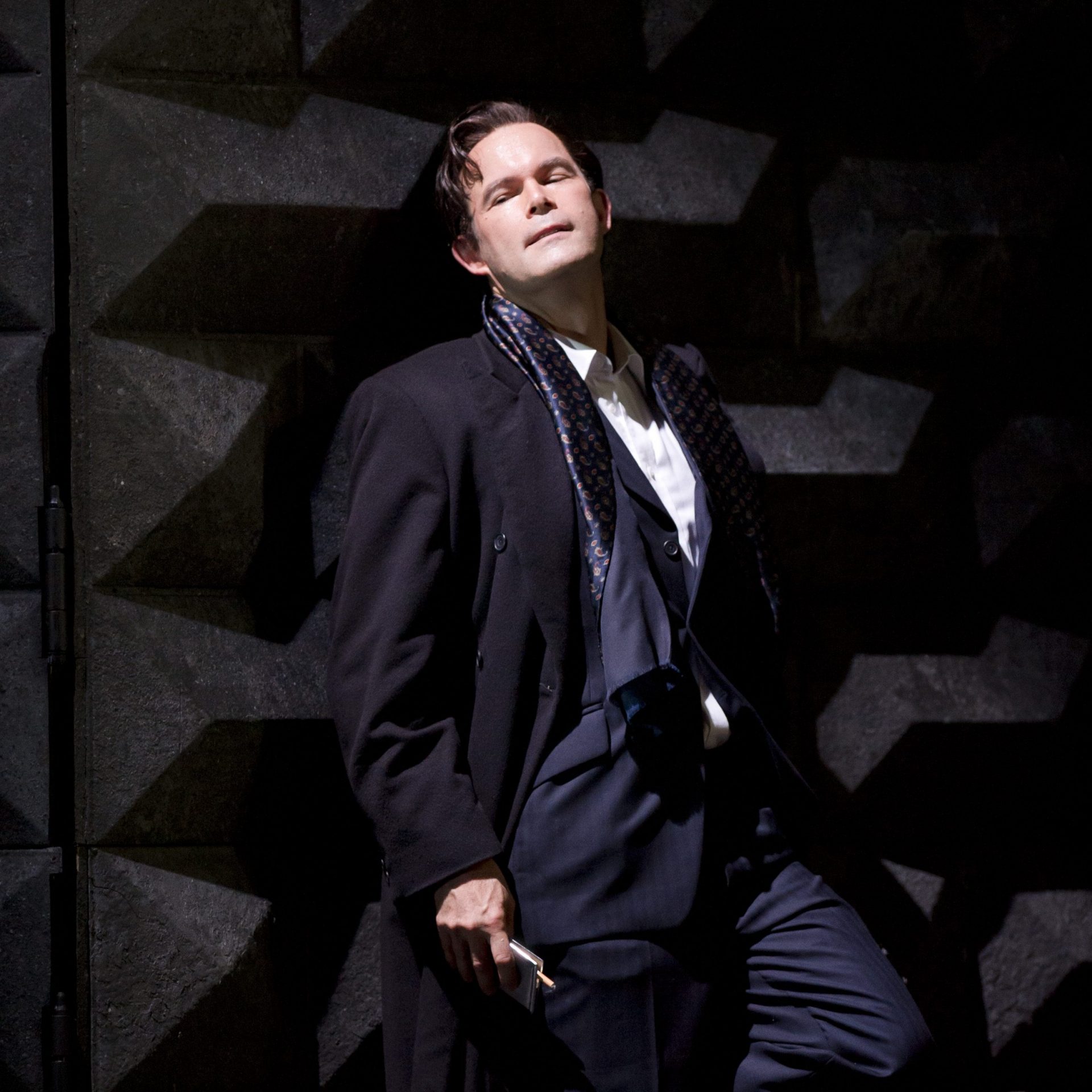 Giovanni and Leporello happen upon villagers celebrating the wedding of Zerlina and Masetto. Giovanni directs Leporello to distract Masetto so he can be alone with Zerlina, but Elvira interrupts the seduction.

Anna and Ottavio arrive, enlisting Giovanni’s help to find the Commendatore’s killer. Elvira’s denunciations of Giovanni stir their suspicions, but he tells them Elvira is mad.

After Giovanni leaves, Anna tells Ottavio she recognised Giovanni’s voice as that of her father’s slayer.

Masetto scolds Zerlina for flirting with Giovanni, but she persuades him to forgive her. Giovanni invites the couple, along with three mysterious masquers (actually Anna, Ottavio and Elvira) to a party at his home.

At the party, when Zerlina’s screams interrupt the festivities, Giovanni falsely accuses Leporello of attacking her. Anna, Ottavio and Elvira unmask and confront Giovanni, who escapes.

Giovanni, still disguised as Leporello, meets Masetto, who is leading a vengeful posse in search of the Don. Giovanni tricks Masetto and escapes. Zerlina consoles her fiancé.

Leporello, disguised as Giovanni, is trying to lose Elvira when he is ambushed by Ottavio, Anna, Zerlina and Masetto, who think they’ve caught Giovanni. Leporello reveals his identity, begs for mercy and escapes. 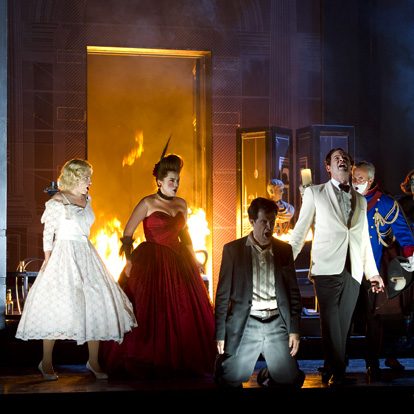 Meeting up in a cemetery, Giovanni and Leporello encounter an effigy of the slain Commendatore. Giovanni demands that Leporello invite it to dinner, and, to Leporello’s horror, the figure accepts.

Ottavio assures Anna her father’s murder will soon be avenged, after which they may marry. But Anna is reluctant to wed so soon after her father’s death.

Giovanni dines alone, waited upon by Leporello. Elvira arrives, urging Giovanni to reform, but he scorns her. The Commendatore arrives for dinner, demanding that Giovanni atone for his sins, but he refuses and meets his destiny.

Anna, Ottavio, Elvira, Masetto and Zerlina enter in search of Giovanni but find only the stunned Leporello, who describes his master’s fate. They all agree evildoers must meet the terrible end they deserve.