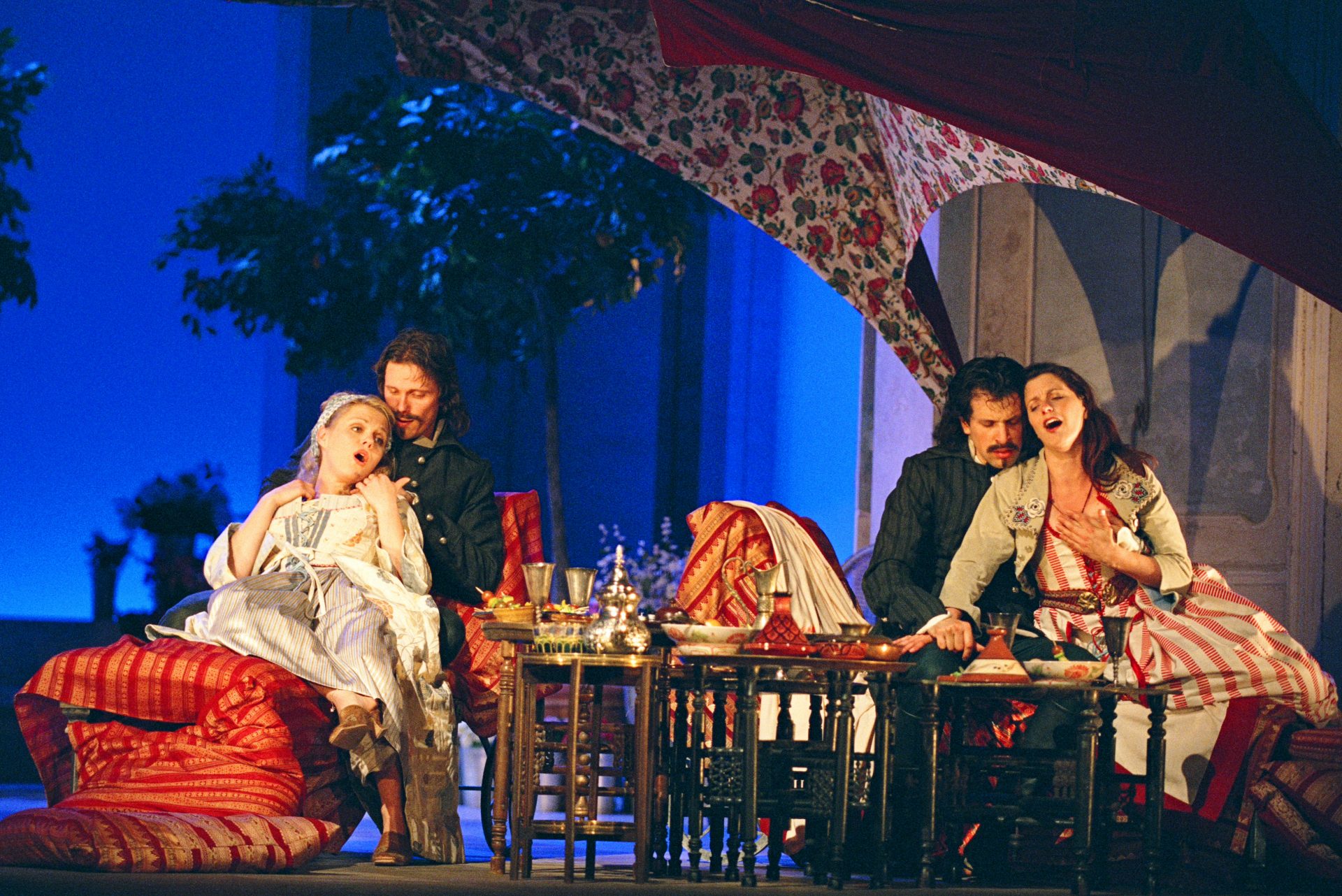 Look at how much of the opera is made up of ensembles – duets, trios, quartets, even sextets. Mozart’s interest here is in the interaction between people, and his music adapts into wonderfully fluid, continuous forms to enable this. Examples include the Act I sextet ‘Alla Bella Despinetta’, in which the sisters first meet the ‘Albanians’ – a character-packed musical episode whose sudden shifts of mood and style are achieved with breathtaking ease.

Fiordiligi is arguably Mozart’s most complicated heroine, a figure whose struggle between fidelity and desire is charted in music of rare psychological detail and enormous technical difficulty. Compare her to Figaro’s sunny Susanna and you see just how far Mozart has progressed in his portrayal of musical character.

One of the most unusual musical aspects of Così is the way in which it dissolves the traditional musical divide between comic opera (opera buffa) and dramatic opera (opera seria). Mozart keeps his audience guessing, pivoting swiftly from the broad comedy of Despina and the ‘Albanians’ to the near-tragic seriousness of Fiordiligi.

Though only a few minutes long, the opera’s overture neatly sets the tone for the action to come. Just listen to the sardonic opening oboe solo (an instrument associated through the opera with Don Alfonso), and the erratic mood of the Presto section, its semiquavers shifting between anxiety and ebullient joy.