Learn more about the characters in Mozart's Così fan tutte 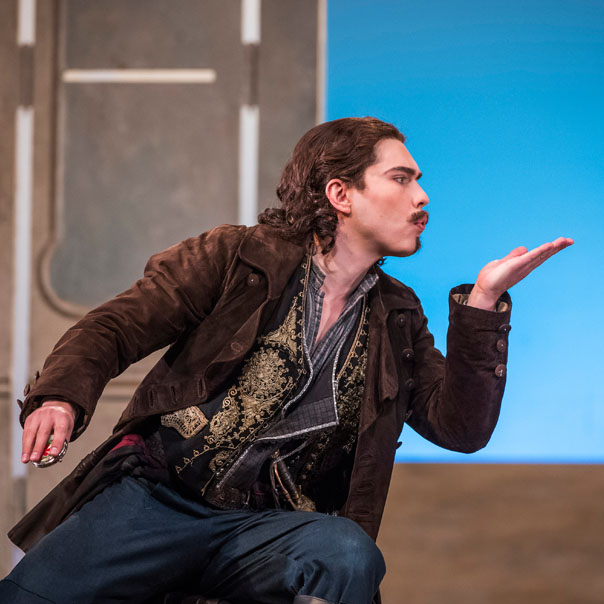 A softer character than his friend Guglielmo, Ferrando is a heart-on-sleeve romantic. While Guglielmo is worrying about dinner, Ferrando can only think of love. The crooning loveliness of his ‘Un’aura amorosa’ and the love that persists even through betrayal in ‘Tradito schernito’ tells us that, unlike his friend, he will have no trouble forgiving his wayward lover.

Both Ferrando and Guglielmo are typical of their voice types. Although there’s no real hero in Così, the tenor Ferrando, with his lovelorn sincerity, comes pretty close. 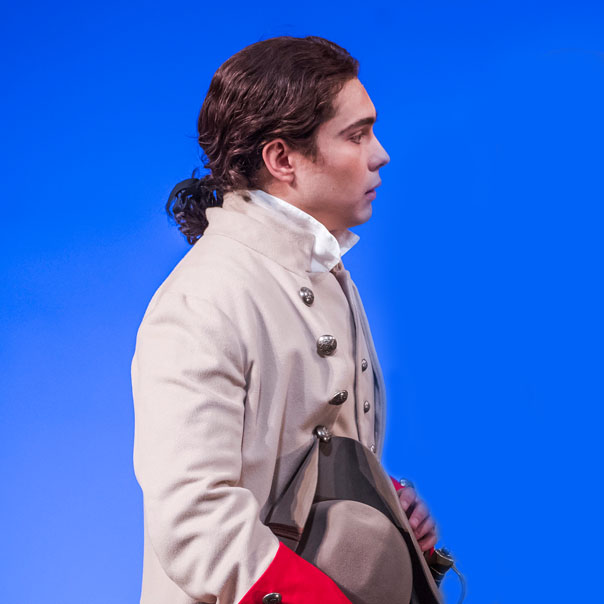 If there’s a leader among the two young men then it’s definitely Guglielmo. It’s his confidence (bordering on arrogance) in his own attractions and Fiordiligi’s fidelity that allows Don Alfonso to manipulate the lovers so successfully. The pleasure with which he announces his conquest of Dorabella to Ferrando reveals a cruel streak in him – is this another cynical Alfonso in the making?

It’s tempting to see Ferrando and Guglielmo as straightforward characters, drawn from the opera buffa tradition, with little depth or complexity. But look at how Guglielmo develops through the opera, moving from the assurance of ‘Non siate ritrosi’ to the bitterness of ‘Donne mie’ and the barely-concealed anger in the finale. 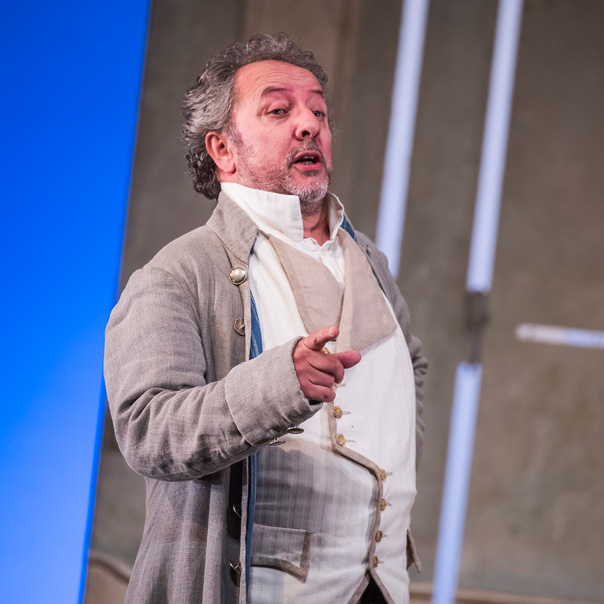 Don Alfonso is the puppet-master for Così’s romantic drama, proposing the bet that leads to all the comic confusion. Why does he do it? Mozart and Da Ponte never give us an answer, and it’s this ambiguity that makes Don Alfonso so compelling a character – the mystery at the heart of the opera.

The only principal character not to sing a proper aria, Don Alfonso uses recitative – the speech-like music that moves the plot along – to direct the actions of others, who react emotionally. He is the catalyst, both musically and dramatically, for all the opera’s events. 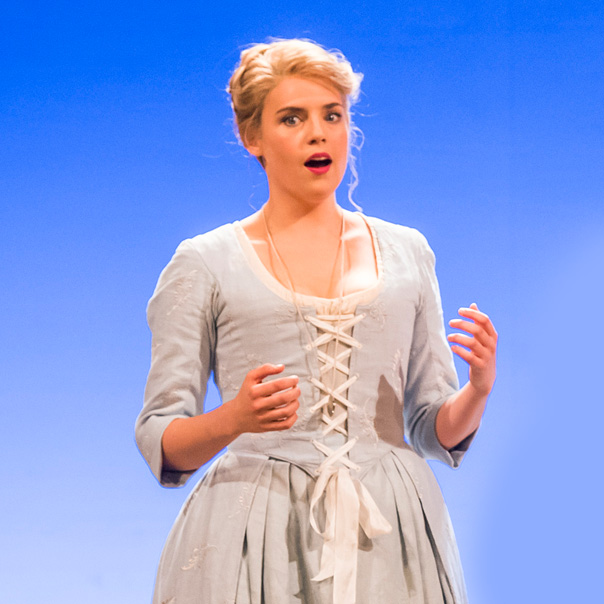 Literally translated, Così fan tutte means ‘Women all do thus’ – i.e. women are all unfaithful. She may eventually be tempted into straying, but the conflicted, deep-feeling Fiordiligi complicates this cynical philosophy, inviting the audience to make their own judgement.

Così fan tutte is a comic opera (opera buffa) but Fiordiligi’s music is often much closer to a style we’d expect from opera seria – more formal and more dramatic than Dorabella or Despina’s arias, with their light-hearted musical prettiness.

At the end of the opera we assume that Fiordiligi and her sister return to their original lovers, but there is nothing either in the score or the libretto to confirm this absolutely. Recently directors have begun to explore this ambiguity and its implications for the opera’s happy ending. 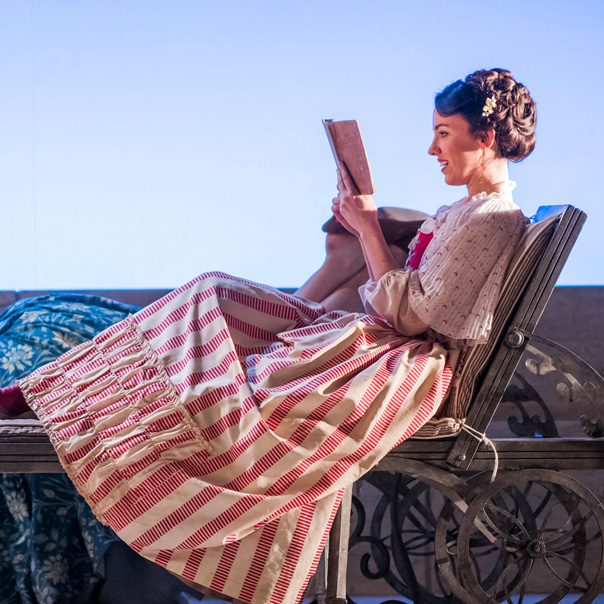 A less complicated character than her sister, Dorabella’s music reflects her simpler, sunnier nature. Lyrical lines and lovely melodies bring a youthful sweetness to her music, and she often sings duets where her music mirrors that of other, stronger characters, like her sister or Ferrando.

More easily swayed than her determined sister, Dorabella is the first to fall for her ‘Albanian’ lover, urging her sister to follow suit. She’s also not immune to a little bribery – a gift of a heart-shaped locket is enough to win her love.

Mozart made no distinctions between sopranos and mezzo-sopranos, and all his female roles are nominally for sopranos. Today, however, the role of Dorabella – consistently slightly lower than Fiordiligi – is more often sung by a mezzo-soprano. 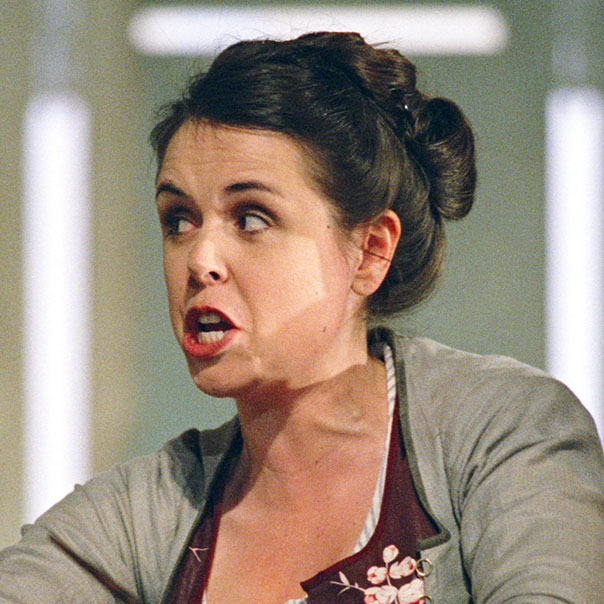 Still a teenager, Despina combines the confidence of youth with the cynicism of one three times her age. Together with Don Alfonso, she takes the lead in pulling the puppet-strings in this drama.

Despina is the lightest soprano on stage. Her arias are character-pieces, full of humour, rhythmically light on their feet. Often appearing in disguise through the opera, it has become traditional for the singer playing Despina to disguise her voice too, impersonating first a doctor and then a notary.

Our flagship summer programme of world class opera.
Glyndebourne Shop
Our online shop offers a great selection of exclusive and locally sourced products. Every purchase supports our work.
Shop now
Become a Member
Enjoy priority booking for the Festival. Find out how you can join as an Associate Member
Join today
Donate to the Annual Fund
To stay at the forefront of theatre technology, we need your help. Set the spotlight back on our stage by supporting this vital upgrade.
Find out more