A bet puts female fidelity to the test

Philosopher Don Alfonso is passing the time in the coffee house with his friends Ferrando and Guglielmo. Talk turns to love, and cynical Alfonso warns the young men of the dangers of women. They both protest; their fiancées Dorabella and Fiordiligi are good and faithful.

Unconvinced, Don Alfonso proposes a wager. He bets the men 100 zecchini that he can devise a plan that will prove both women unfaithful. Ferrando and Guglielmo accept, and are so confident in their victory that they immediately start planning how they will spend their winnings. 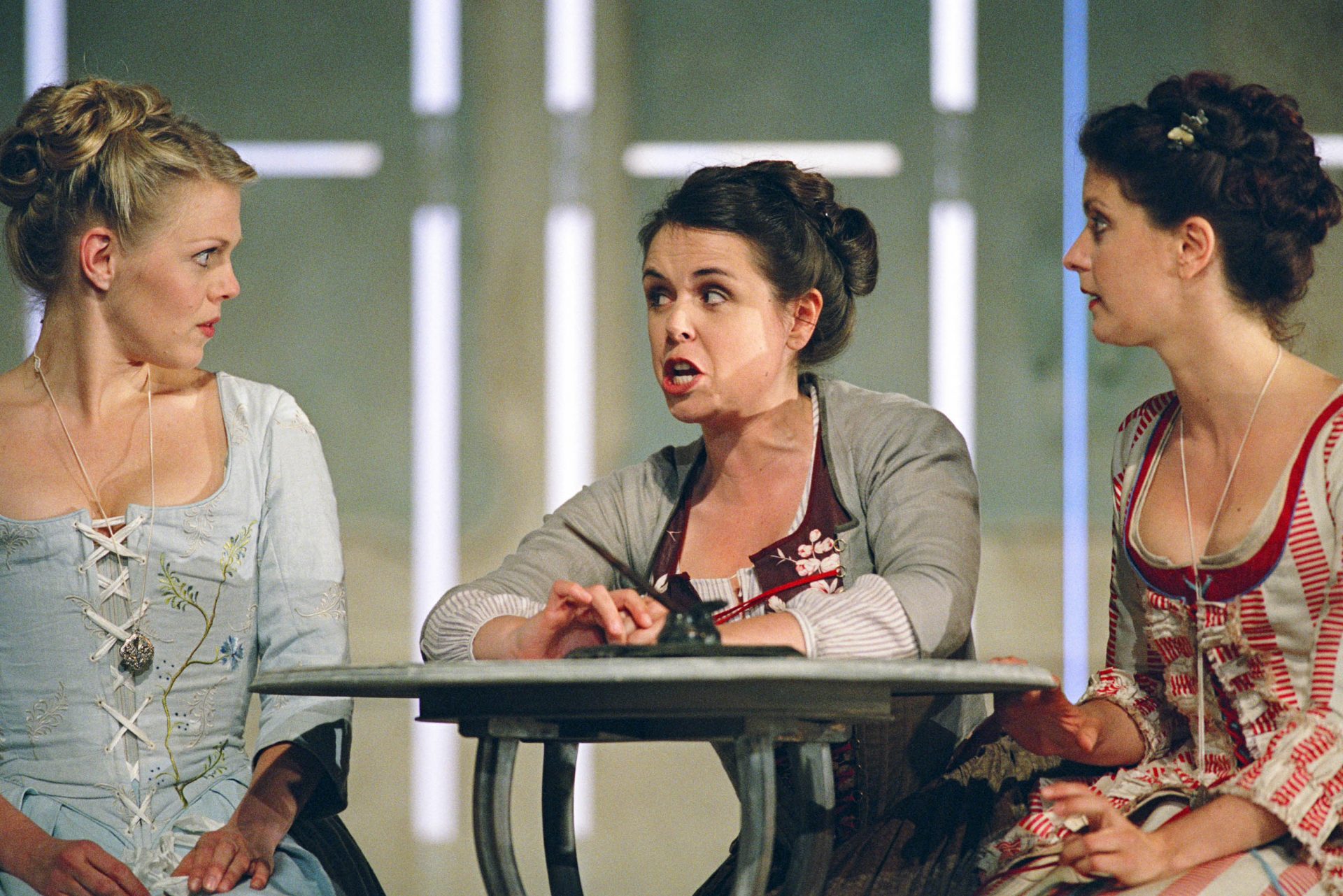 Overwhelmed with grief, the sisters are contemplating suicide. But their down-to-earth maid Despina dismisses their sadness. Why weep over men, she counsels, when they are all unfaithful?

Meanwhile Alfonso has persuaded the men to disguise themselves as wealthy Albanians, and enlists Despina’s help in introducing them to her mistresses as potential suitors. But neither Dorabella nor Fiordiligi are impressed by these strange men, and each vehemently swears her fidelity. They storm out, leaving the men delighted and helpless with laughter. Victory is nearly in their grasp!

The peace of the villa is suddenly disturbed by shouts and cries. The ‘Albanians’ rush in declaring that they will poison themselves if the sisters cannot and will not love them. They swallow the poison in front of the horrified women. Despina and Don Alfonso fetch a doctor (really Despina in disguise), who waits until the women are sufficiently softened by sorrow and guilt before magically ‘curing’ the men.

Recovering, the men throw themselves passionately on the women who have saved them. The women’s resolve is softening, but still they refuse to kiss them. 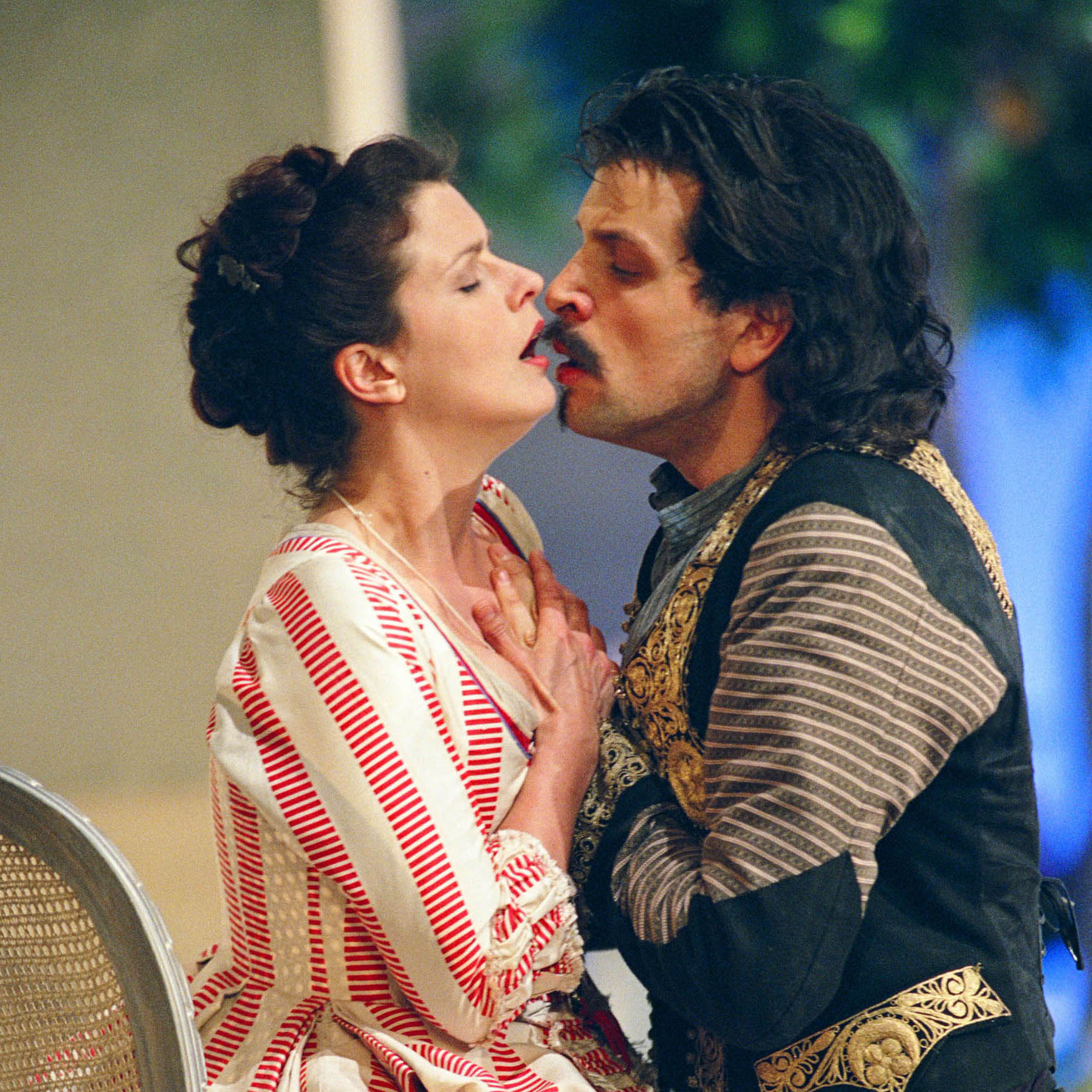 Despina urges the sisters to reconsider and accept the ‘Albanians’ as their suitors. No one will know, she argues, because she’ll tell everyone that the men are there to court her. Her seize-the-day attitude is catching, and Dorabella cracks. Would it be so bad, she urges her sister, to flirt with them just a little?

The sisters then have to decide who gets which man. Dorabella chooses first, opting for the dark one (Guglielmo – her sister’s fiancé), while Fiordiligi is happy with the fair one (Ferrando, Dorabella’s fiancé).

Quick to seize the moment, Don Alfonso brings the two ‘Albanians’ to meet the sisters in the garden. But everyone is suddenly shy and eventually Ferrando and Fiordiligi go for a walk, leaving Dorabella and Guglielmo alone.

Guglielmo declares his love for Dorabella. Gradually she weakens, and is eventually won over. Fiordiligi continues to reject Ferrando, but struggles with her growing feelings.

The men compare notes. Guglielmo is smug in Fiordiligi’s fidelity; Ferrando is embarrassed and angry at Dorabella. But the game isn’t over yet, Don Alfonso reminds them.

Despina congratulates Dorabella on her new lover. Fiordiligi now admits to having feelings for the blond ‘Albanian’, but her loyalty to her fiancé convinces her instead to disguise herself as a man and follow Guglielmo to war. Ferrando intercepts her, making one last plea for her heart, and she finally gives in.

Both men are furious at their lovers’ betrayal, but Alfonso consoles them. All women behave like this, he says. He suggests a suitable punishment for the unfaithful women: marriage.

Preparations for the double-wedding are complete, and Despina and Don Alfonso congratulate themselves on a successful plan. The couples enter, but suddenly a military march sounds, and Don Alfonso announces that the fiancés have returned. The lovers scatter in fright, and the men disappear to remove their disguises.

Returning as themselves, Ferrando and Guglielmo now confront the sisters, who confess all. The men confess in their turn, and soon the whole story is revealed. The women ask for forgiveness, which is granted, and everyone agrees that it is better to smile than cry.