Learn more about the characters in Massenet's Cendrillon 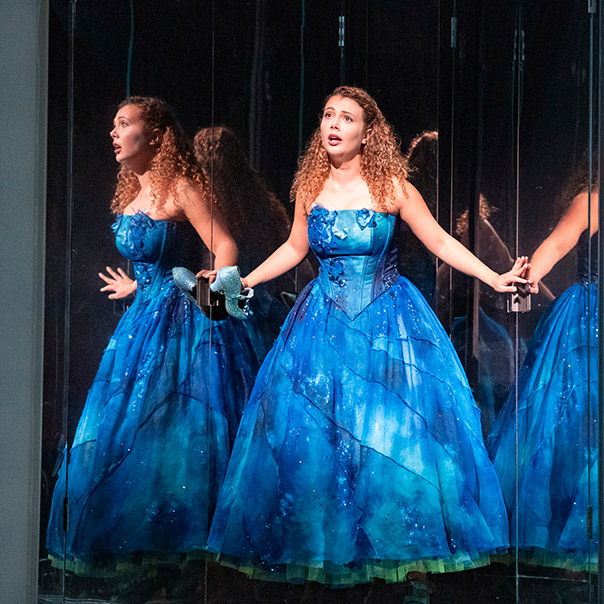 Cendrillon (Cinderella) is a familiar figure from fairy tales, but Massenet’s heroine is a little different from her storybook counterpart. She’s a passionate, determined girl, who would rather die than live without the man she loves.

Listen to the transformation that Cendrillon’s music undergoes when she meets the Prince. Simple harmonies become rich and complex – a girl suddenly growing into an emotionally mature and complex woman. 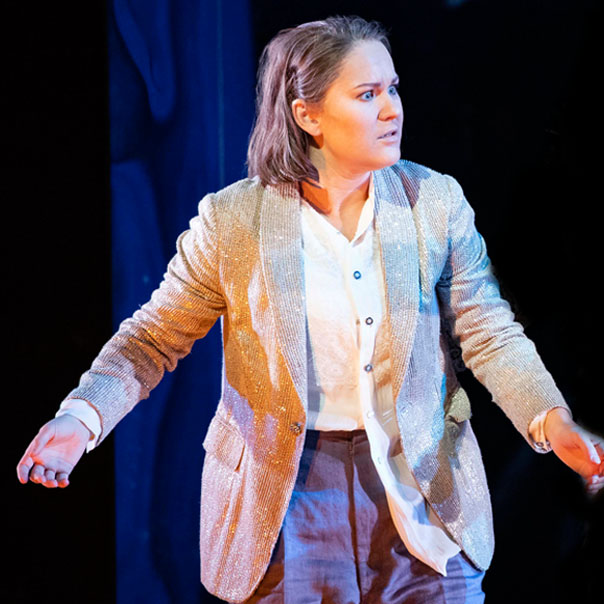 We know almost as little about the Prince at the end of Cendrillon as we do at the beginning. He is less of a character and more an idea, a fantasy of a man, rather than a man himself. What we do learn through the course of the opera is that the Prince is independent and idealistic. Faced with pressure from his father and the entire court, he still refuses to marry without love; faced with the disappearance of Cendrillon he scours the entire kingdom until he finds her, rather than just forgetting her and moving on.

Sung by a female mezzo-soprano, the Prince has a softness, a femininity to his music that makes for a very innocent romantic hero. He sings music that, while passionate and romantic, still has a sweetness to it – a child’s vision of a hero, perhaps? 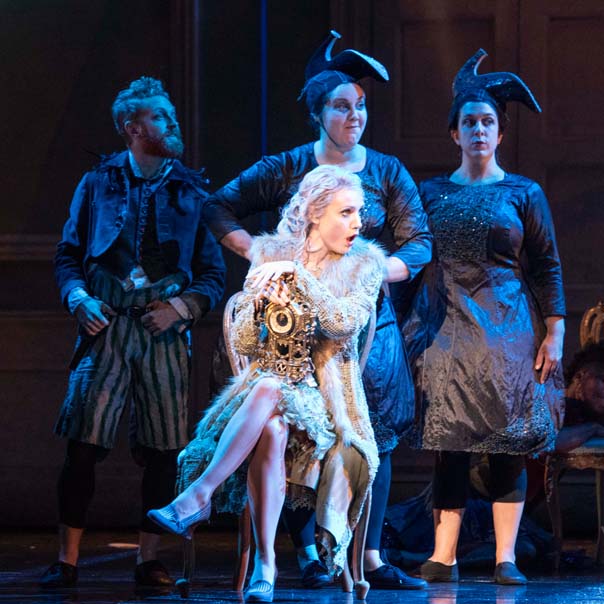 Cendrillon’s fairy godmother La Fée is magic personified. From the very first bars this soprano sings it is clear that she inhabits a completely different world to all around her.

While Cendrillon’s soprano is warmer, lower and more human, La Fée’s very high-lying music is all enchantment, illusion and moonlight – silvery-pure, glinting and glittering. Musically, she is an opposite and rival to villain Madame de la Haltière’s low, almost masculine contralto. Like the Prince, we learn almost nothing about La Fée herself through the opera – she’s simply an agent of goodness, magic and change. 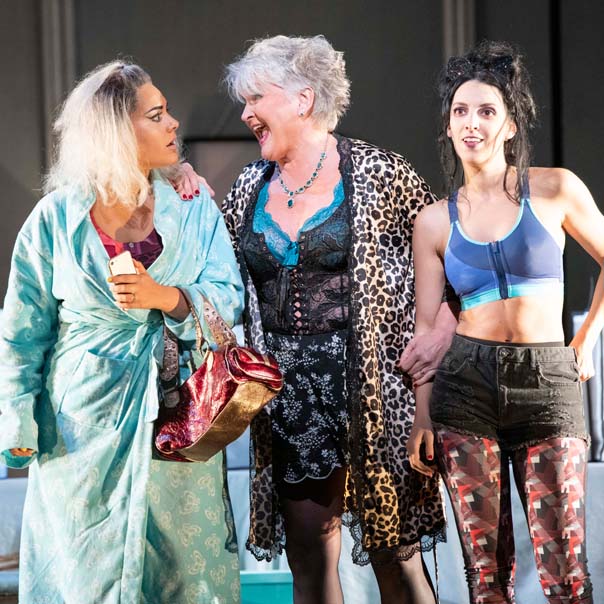 Sisters Noémie and Dorothée come as a pair. Their relentless, insistent, chattering music presents the two girls as all but interchangeable – two silly young women equally incapable of thinking of anything deeper than dresses or love affairs. Under their mother’s guidance they behave cruelly to Cendrillon, bullying and teasing her.

The harmonic simplicity of Noémie and Dorothée’s music sets them apart from greater chromatic depth and complexity of their sister Cendrillon. 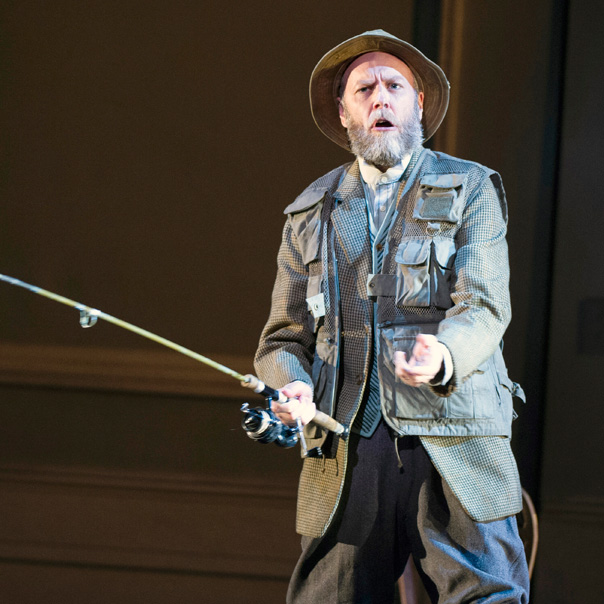 Cendrillon’s father Pandolfe regrets his second marriage to Madame de la Haltière, whose bullying ways and silly daughters he dislikes. He even suggests to Cendrillon that they leave together and return to a simpler life in the countryside. But, like everything with this rather passive, ineffectual character, plans never quite turn into actions. It is Pandolfe’s failure to stand up for his daughter and protect her that leaves her at the mercy of her wicked stepmother.

Pandolfe’s music, with its echoes of folksong, presents a vivid picture of a warm-hearted but ultimately feckless man, whose good instincts are easily dominated and distorted by others. 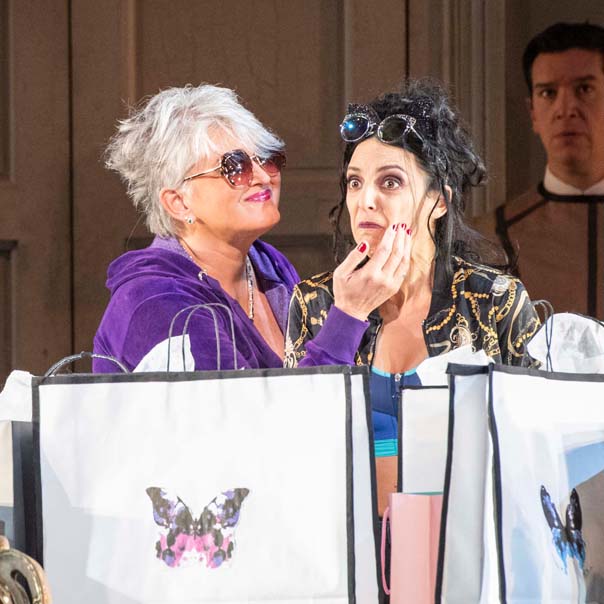 Madame de la Haltière is a woman in complete control. Having married widower Pandolfe, she quickly sets about reshaping his life to suit herself and her two daughters Noémie and Dorothée.

Madame de la Haltière’s music paints a picture of a woman who undertakes her chief role in life – marrying off her daughters – as seriously as any general takes a battle. There’s often a hint of martial spirit in her music, and her contralto voice also gives her a certain masculinity.

The Archive holds a wealth of material about the people, pro…
Events

Massenet’s Cinderella opera makes its Festival debut in a th…
Glyndebourne Shop
Our online shop offers a great selection of exclusive and locally sourced products. Every purchase supports our work.
Shop now
Become a Member
Enjoy priority booking for the Festival. Find out how you can join as an Associate Member
Join today
Donate to the Annual Fund
To stay at the forefront of theatre technology, we need your help. Set the spotlight back on our stage by supporting this vital upgrade.
Find out more