In the Sicilian town of Messina, the citizens are gathered to welcome Don Pedro, prince of Aragon, who is about to return from a successful military campaign. Léonato, the governor, arrives with his niece Béatrice and his daughter Héro, who eagerly anticipates the return of her beloved Claudio, Don Pedro’s comrade in arms. When Don Pedro and his troops arrive, the wedding of Héro and Claudio is announced for that evening. Meanwhile, Héro’s cousin Béatrice has a very different kind of reunion with another soldier, Bénédict. The pair lose no time in resuming their longstanding ‘merry war’, trading taunts and wisecracks.

Somarone, the local music master, arrives with his musicians to rehearse the wedding song he has composed, a ham-handed double fugue.

Bénédict swears to Claudio and Don Pedro that he will never marry. His friends, however, conspire to trick Béatrice and Bénédict into admitting their love for one another. They stage a conversation for Bénédict to overhear in which Léonato tells Pedro that Béatrice loves Bénédict. Upon hearing this, Bénédict admits to himself that he loves Béatrice and resolves to pursue her.

Héro and her attendant Ursule have meanwhile hatched a similar plot, having arranged for Béatrice to overhear a conversation about Bénédict’s love for her. Héro and Ursula rhapsodise about the beauty of the evening and the bliss of love.

At the wedding celebration for Héro and Claudio, Somarone leads the guests in song. All are making merry except Béatrice, who admits to herself that she is in love with Bénédict, though she is loath to give up her freedom. Béatrice joins Héro and Ursule in extolling the joys of impending marriage. As Héro is summoned to her wedding, Béatrice runs into Bénédict. The two, though smitten, continue to bait one another.

As Claudio and Héro sign their marriage contract, the notary produces a second contract and asks if another couple wishes to be married. Béatrice and Bénédict confess their true feelings and sign the wedding contract, declaring that today a truce is signed but the war may continue tomorrow. 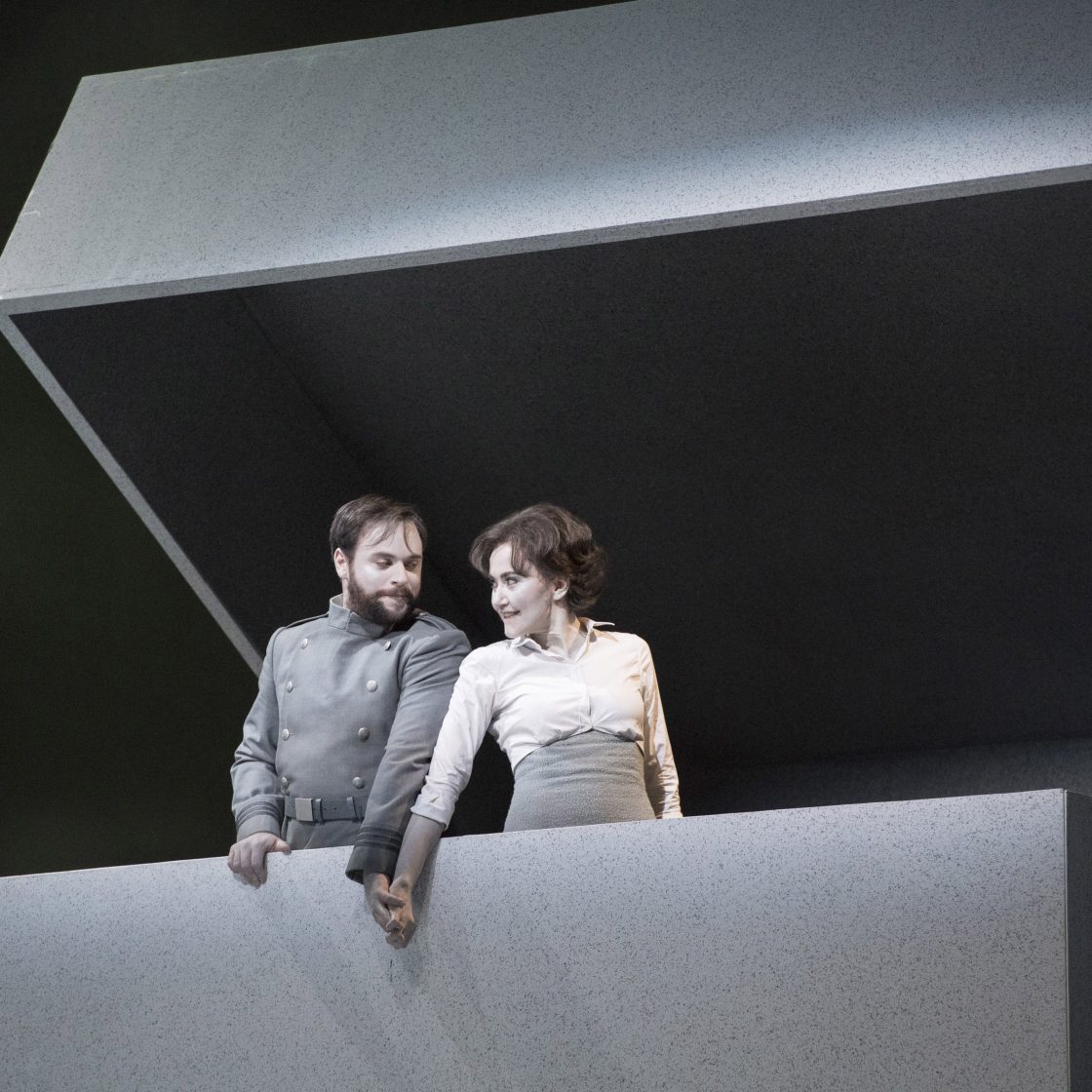 The 2016 production of Béatrice et Bénédict is available to watch on demand by subscribing to Glyndebourne Encore - our streaming service.

Berlioz’s Shakespeare-inspired opera was performed as a reci…