As part of our Member Memories series we spoke to Tom Wade West, about his long history with Glyndebourne.

For some visitors, a trip to Glyndebourne is a once-in-a-lifetime experience. But for many more that first trip ignites something deep inside – an emotional tie that has its source in the music, the singing and the place. As part of our Member Memories series, we spoke to Tom Wade West, about his long history with Glyndebourne.

Tom Wade West first became aware of Glyndebourne in 1947 when the company helped launch the Edinburgh Festival with productions of Le nozze di Figaro and Macbeth, although he knew of the 1934/35 recordings of Figaro and Cosi fan tutte in the same year (1947), his love for opera was cemented when he saw five performances from the Vienna State Opera when they visited Covent Garden. 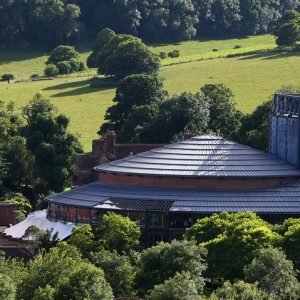 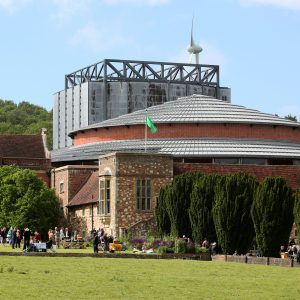 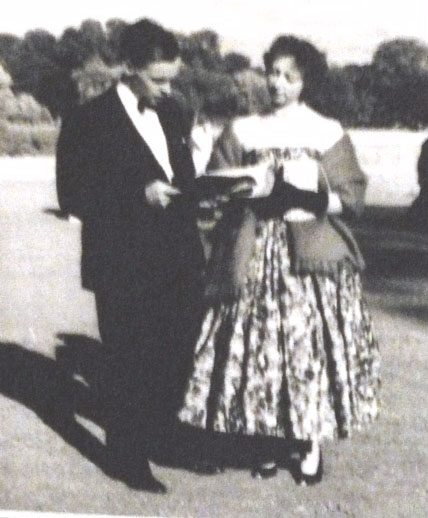 As a medical officer in the Royal Medical Corps he was posted to Germany for his national service (1950 – 52) where opera became a focus, and as he explains, ‘newly married, my wife happily was able to join me. We made the most of all the opera we could find, as opera houses were some of the first civic buildings to be restored after the war. I even managed to get tickets to Bayreuth in 1952 where I saw Parsifal and a beautiful traditional Meistersinger.’

Back home by 1954 and a trainee GP in Weymouth he was determined to visit Glyndebourne. ‘On my minimal salary I somehow afforded two stalls tickets (at two guineas each) for Don Giovanni, conducted by a young Georg Solti (no less) featuring Sena Jurinacs Donna Elvira. This was a first and wonderful introduction to the whole concept of Glyndebourne Opera. Recalling it now, memories flood back one on top of the other – of the great moments and occasions and pleasures and new experiences given us by Glyndebourne, including the great artists of the past.’

‘Happily I was able to join the Festival Society in 1957 and I have not missed a season since. Selecting a few great memories of early days at Glyndebourne is so difficult: 1957 Le comte Ory was an absolute riot of a production with Juan Oncina, then a Glyndebourne regular. My first Falstaff in 1960 with Geraint Evans and Ilva Ligabue and, unforgettable to this day, a desperate Master Ford from Sesto Bruscantini, all in Osbert Lancaster’s production. And then – sheer magic – Glyndebourne’s first Rosenkavalier in 1959, in Oliver Messel’s exquisite period production with Elisabeth Söderström as Octavian and Anneliese Rothenberger, as the loveliest and most delightful Sophie of all my Sophies! Then Felicity Lott’s Capriccio, Janet Baker’s Diana in La Calisto and her farewell with Orfeo ed Euridice (in 1982). I cannot forget the opening scene of Peter Hall’s A Midsummer Night’s Dream in 1981, and then there was the series of magical Janáček operas to learn and enjoy.’

This long list of favourites does not, however, come without some disappointments: ‘It was a bad, bad mistake to miss Porgy and Bess and to miss the 2016 revival of A Midsummer Night’s Dream!’ Sharing his personal potted history of Glyndebourne was no easy feat: ‘It is impossible to compact 60 years of the happiest and most rewarding opera-going at Glyndebourne – complete with personal pleasure, pleasures shared with family and friends and now to grandchildren who are taking it up, and if I am given enough years I’ll bring the great-grandchildren!’

Register your interest in Membership today

In this video, our Members tell us what it is like to be part of the Glyndebourne family.

Discover a world-leading opera house in the heart of the Sus…
Glyndebourne Shop
A beautiful array of gifts for her, for him, for children and for the house and garden. Every purchase supports our work
Shop now
Become a Member
Enjoy priority booking for the Festival. Find out how you can join as an Associate Member
Join today
Leave a lasting legacy
Help ensure Glyndebourne's future for generations to come
Find out more