‘The storm is coming…'. Would you die for what you believe?

‘The storm is coming…’

Would you die for what you believe?

In a remote corner of Cornwall, a God-fearing community lives a desperate, precarious existence. Their only hope is the ships that are wrecked on their rocks. But when they start to cause those shipwrecks deliberately, murdering the crew for profit, it tears the villagers apart, setting in motion a tragedy that kills two of their own.

This powerful, psychological drama of ‘wrecking, religion and love’ was the pinnacle of Ethel Smyth’s career – a work Sir Thomas Beecham praised as a ‘masterpiece’, admired by Mahler. With its sweeping musical soundscapes, passionate central love story, and radical interrogation of fear, hypocrisy and mob violence, it’s not only the missing link in the history of English opera – an ancestor to Britten’s Peter Grimes – but a compelling piece of theatre, whose heroine is a mirror of her fascinating, unorthodox creator.

Directed by Melly Still, this new production will be the first major, professional staging of our lifetime, and the first opportunity to hear the opera as Smyth intended, with its original French libretto. Glyndebourne’s music director Robin Ticciati conducts.

A new production for Festival 2022. Sung in French with English supertitles 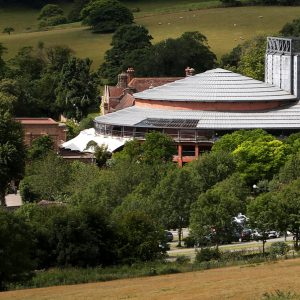 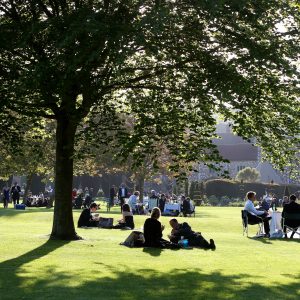 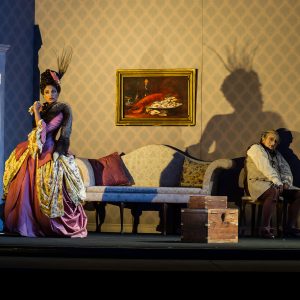 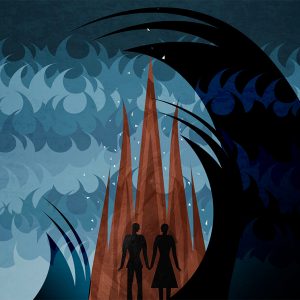 Join us on Saturday 21 May for a fanfare opening night – including a free glass of Nyetimber Wines before the curtain goes up for the first time this summer.

One the opening night of The Wreckers we presented four fanfares, composed by our Balancing the Score composers, and performed by players from the London Philharmonic Orchestra: 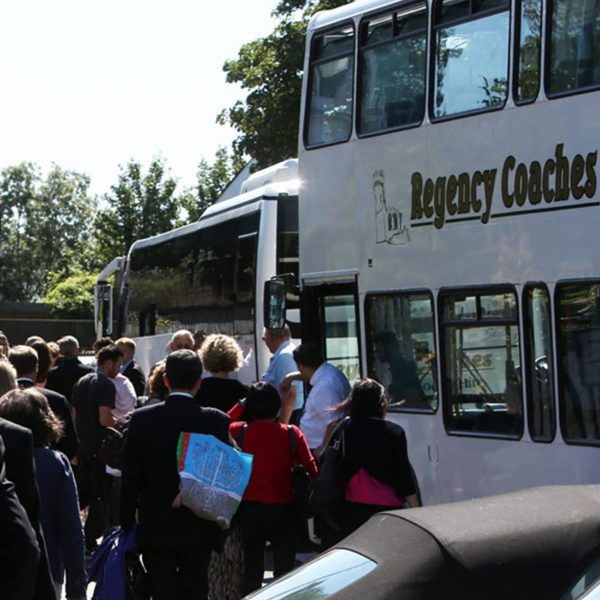 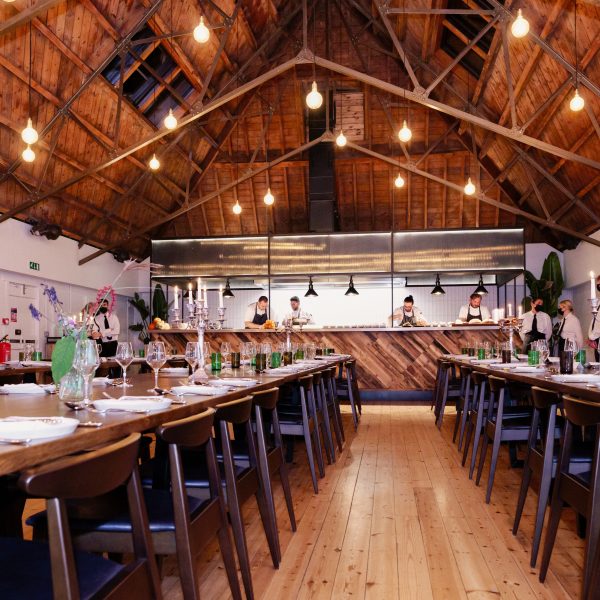 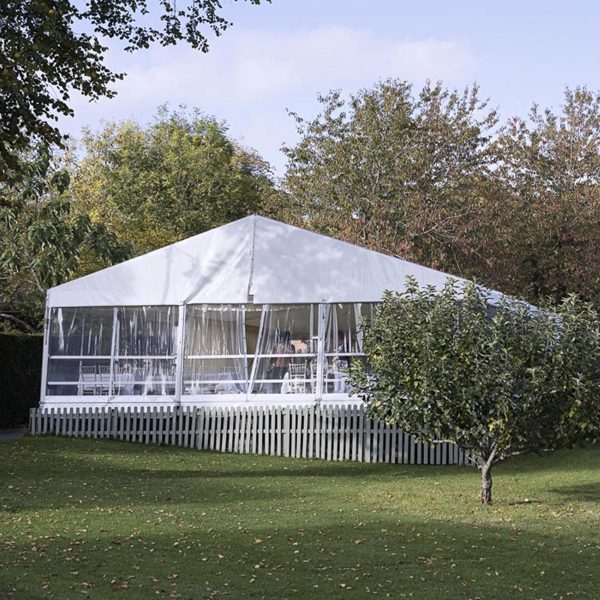 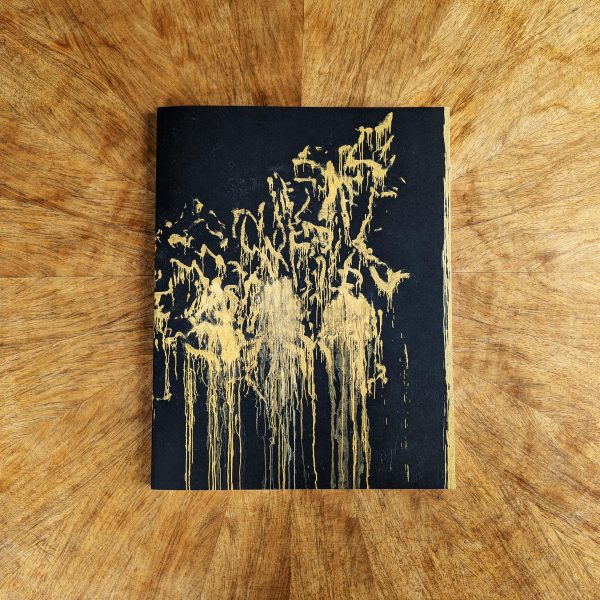 Assistant to the Choreographer
Ruby Portus

This 2022 edition of The Wreckers was researched and typeset by Martyn Bennett, Head of Music Library and Resources at Glyndebourne, using the 1906 Breitkopf & Härtel French/German vocal score and a manuscript French full score in a copyist’s hand, both at the British Library, the latter of immense importance in being the only version of the original full score that could be found. With no indication of it having been used for performance, it is marked up with emendations (and a new German translation) for what would be the 1916 Universal Edition English/German score, as generally used for performances thereafter, the cuts and revisions probably those sanctioned by the composer for the 1909 Covent Garden production.

In reconstituting the original uncut and unrevised opera, including some 20-30 minutes of music almost certainly not previously heard (and for which no English translation had been made), while most of the cuts in the marked-up full score had been crossed out with pencil, some pages had been removed, hence the need for those more substantial missing fragments to be orchestrated à la Smyth – a task undertaken by Tom Poster. Special thanks to him and to the British Library.

Sunday afternoon, and a deprived community are heading to the chapel. With the wind picking up, they contemplate a night of wrecking: an occupation they depend on for survival. They’ve had little success for months and Tallan the pub landlord offers beers to mask their gnawing hunger and get them in the mood for a shipwreck. Pasko, their leader and pastor interrupts the party, looking for his wife. Provoked by her absence, he blames their lack of success on their lack of faith.

Avis laughs at their blind devotion and offers an alternative theory. Her father, Laurent the lighthouse keeper, switches off his lighthouse every night to encourage shipwrecks but without results. He is convinced someone is lighting beacons along the coast to divert the ships to safety. They swear they will find and punish the traitor.

Pasko’s young wife Thurza returns home and refuses to join the others in worship. They mock her foreignness and wifely disobedience. Only the chapel bells subdue their threats.
As the villagers disperse to the chapel, Avis overhears her boyfriend Marc singing a love song. To her horror she discovers he’s singing about someone else. Worse still, when the pastor’s wife Thurza emerges from her house, she’s singing the very same song.

Pasko reprimands his wife Thurza for working on a holy day and refusing to worship. He turns on Avis and strips her of her jewellery. Humiliated, Avis secretly vows to get even with both of them.

Thurza rebukes her husband’s doctrine of wrecking in the name of God. He tries to reassure her with his pastorly wisdom and husbandly affection but she is resolute.

The community emerge from the chapel shaken by worship. A storm is brewing and they need Pasko to tell them what to do in preparation for a shipwreck. But he wanders off, too dazed by his wife’s vitriol to care about a storm.

Avis seizes on Pasko’s odd behaviour and tells Laurent that Pasko must be the traitor. She explains it’s because his wife can’t stand him touching her and it’s driving him mad. Laurent warns against jumping to conclusions and organises a small search party to find out who the traitor really is. The others whip themselves up in readiness for slaughter on the beach.

The search party has split up along the coast with Tallan’s young son Jacquet pursuing Pasko in order to impress Avis.

Marc sees Jacquet and Avis kissing and though worried about how he’s treated Avis, he can’t stop thinking about Thurza. He’d do anything for her, including build fires to divert ships away from the rocks.

Thurza has found out about the search party and stops Marc from lighting the fire. Marc can’t bear having to keep their love secret and announces he will leave Cornwall so that Thurza can get on with her life. But the thought of never seeing him again and having to stay with Pasko sickens Thurza. When they hear the search party approaching, Marc presses Thurza to leave with him, even though it will mean they never again light fires to save lives. Thurza defiantly lights the fire one last time and the lovers agree to leave the following day.

Pasko is wandering along the coast, entreating God to help him control his agonising lust for Thurza. The beacon of fire rouses him from his reverie; he cannot believe anyone would betray the community in this way, until he sees his wife’s scarf by the fire.

Laurent and his search party arrive at the fire and see Pasko lying in the sand. Avis accuses him of being the traitor but Laurent waits to hear what Pasko has to say. Pasko refuses to speak and Laurent orders a trial.

The community have been summoned to the cave at dawn amidst rumours of the traitor being found. Laurent arrives and explains they must be judge and jury to decide the fate of their leader Pasko. Laurent presents the evidence and accuses Pasko of treachery, but the pastor refuses to defend himself. Avis claims that his witch of a wife is to blame but Thurza dismisses her accusations, arguing that the ‘crime’ of lighting fires is justified. The community are incensed and try to hang Thurza. Laurent draws their attention back to Pasko’s silence as proof of guilt and calls for Pasko’s death.

Before Pasko is condemned, Marc confesses to lighting the fires. Thurza backs up his story and reveals her love for Marc. Avis tries to insist Marc is innocent and provides a false alibi saying she spent the night with him in bed. As a result she is cast out of the community by her father.

Pasko tries to force Thurza to repent but she publicly denounces him as a coward and refuses to atone for her actions. Both she and Marc defy their accusers.

Laurent pronounces the grim sentence: the traitor Marc and the adulterer Thurza will be left to the rising tide and condemned to a fate decided by the sea.

Bring world-class opera to the stage in Festival 2022

The Wreckers is available to support from £5000+
Join a Production Circle or Syndicate
Contact our Director of Development, Helen McCarthy – helen.mccarthy@glyndebourne.com