The Magic Flute on BBC iPlayer

Enjoy our Festival 2019 production of The Magic Flute on BBC iPlayer.

True love conquers all in a colourful fairytale that pits the forces of darkness against truth, goodness and light. Barbe & Doucet direct Glyndebourne’s first new production of The Magic Flute in over a decade.

Prince Tamino is on a quest: to rescue the beautiful Pamina, daughter of the Queen of the Night, who has been kidnapped by her father Sarastro. But is all really as it seems? With the help of bird-catcher Papageno, Tamino must brave not only dragons and the forces of darkness but trials of fire and water if he is to arrive at the truth and gain Pamina as his wife.

Composed just months before his death, Mozart’s final stage work is a heady blend of knock-about comedy and contemplative beauty – a musical masterpiece that reimagines opera for the Age Of Enlightenment. The sweetness and apparent simplicity of this enchanting score conceals a great deal of sophistication, weaving some of the composer’s most beautiful and best-loved melodies together in an elegant allegory whose wicked queens and noble princes are just the beginning of the story. 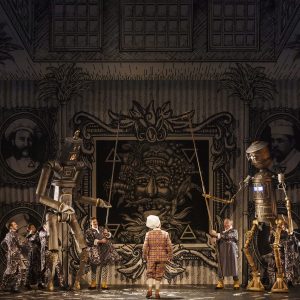 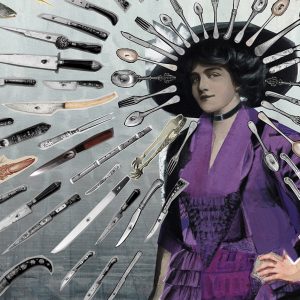 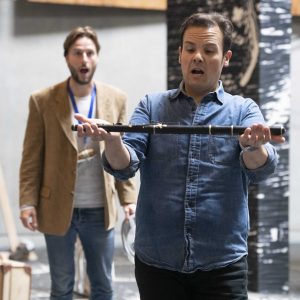 Why I supported… Die Zauberflöte 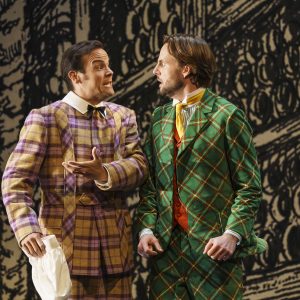 Explore Die Zauberflöte
‘ a theatrical feast of eccentricity.’
The Guardian
‘A hugely enjoyable show’
The Independent
‘Ingenious
Evening Standard
The Magic Flute will be returning to the stage in 2020 as part of Glyndebourne Tour

Orchestra of the Age of Enlightenment
Leader Matthew Truscott

Queen of the Night
Caroline Wettergreen

Alone in a foreign land, Prince Tamino is attacked by a giant serpent. He faints but, when he comes to, realises that he has been rescued – someone else has killed the monster. Papageno, the Queen of the Night’s bird-catcher, is quick to claim the credit, but is soon corrected by the queen’s three ladies. They give Tamino a portrait of Pamina, the queen’s daughter, who has been abducted by the tyrant Sarastro. Tamino falls instantly in love. The queen herself appears, and promises the Prince her daughter’s hand if he can rescue her. To help him on his quest, the ladies give him a magic flute and three magical spirits to guide him. He sets off, joined by an unwilling Papageno.

Imprisoned in Sarastro’s temple underground, Pamina is at the mercy of the slave Monostatos. But his lecherous plans are interrupted by Papageno, who tells Pamina of Tamino’s love and his quest to rescue her. Arriving at the temple, Tamino is greeted by a priest, who tells him that he has been deceived by the Queen of the Night; all is not as she described. Papageno and Pamina have escaped, but are pursued by Monostatos. Papageno uses his magic bells to enchant their pursuers, but just as they are once again free, they hear Sarastro and his followers approaching. Pamina confesses all and is forgiven, but Sarastro still refuses to release her. Tamino enters, captured by a triumphant Monostatos. He and Pamina meet briefly for the first time before they are both led separately away to prepare for their initiation into Sarastro’s order. Monostatos is punished.

Sarastro persuades the brotherhood to accept Tamino as a member if he passes the order’s tests of initiation. Tamino and Papageno face the first trial: silence. Papageno fails almost immediately, but Tamino holds firm. The Queen of the Night still seeks revenge, and orders Pamina to kill Sarastro. Monostatos overhears and threatens to expose the plot unless Pamina surrenders to his desires. But Sarastro discovers his scheme, banishes Monostatos and forgives Pamina. Papageno and Tamino are still sworn to silence. Papageno once again fails by talking to an old woman. Tamino plays his magic flute, which summons Pamina to him. She speaks but he cannot reply, forcing her to believe that he no longer loves her. Sarastro orders Pamina and Tamino to bid each other a final farewell – they must now prepare for their trials. Papageno expresses his wish for a wife of his own, and is rewarded by the return of the old lady. But the instant he reluctantly agrees to marry her she is transformed into his perfect Papagena, only to be immediately whisked away by the brotherhood: he is not yet worthy of her.

Convinced Tamino no longer loves her, Pamina prepares to kill herself, but is prevented by the Three Boys, who reassure her of his devotion. Two men in armour help Tamino prepare for his final trials. Free now to speak, he is reunited with Pamina who resolves to undergo the trials of fire and water alongside him. Devastated by the loss of Papagena, Papageno prepares to hang himself. But once again the Three Boys intervene, telling him to use the magic bells to summon her back. The lovers are joyfully reunited.

The Queen of the Night, Monostatos and their allies make one final attempt to overthrow Sarastro but fail. ‘The rays of the sun expel the night and annihilate the power of the hypocrite’ proclaims Sarastro. He welcomes Tamino and Pamina into the brotherhood, as members of the order celebrate a new era of wisdom.

Supported by
Handel and Yvonne Evans
Lindsay and Sarah Tomlinson

Our supporters tell us what inspired their donation in this article