This summer Glyndebourne Youth Opera (GYO) have had an incredible opportunity to be part of the Glyndebourne Festival in our new production of Berlioz’s La damnation de Faust.

This summer Glyndebourne Youth Opera (GYO) have had an incredible opportunity to be part of the Glyndebourne Festival in our new production of Berlioz’s La damnation de Faust. 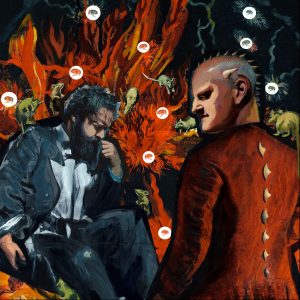 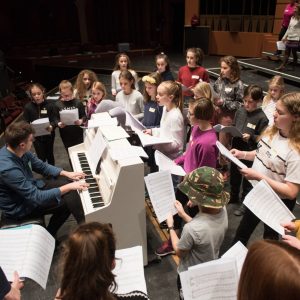 Thirteen young singers (aged 9-14) were successful in their audition to be part of the off-stage children’s chorus at the end of the production alongside Glyndebourne Chorus and Trinity Boys Choir. The singers attend schools within a 25 mile radius of Glyndebourne and worked pre-production with Glyndebourne’s Vocal Talent Consultant Mary King and French language coach Florence Daguerre de Hureaux before joining the main company production rehearsals. During the performance the children’s chorus are being conducted by Glyndebourne Chorus Master Aidan Oliver.

‘I have had such an amazing time being part of GYO for Faust. From the workshop, to the audition, to the excitement of opening night, I have loved every minute. I am really looking forward to my next opportunity to be a part of GYO again! I have made lovely friends along the way as well.’ – GYO member

‘It was so much fun and really exciting to be singing for real….I now know how much hard work goes into putting an opera on stage….I’ll keep on improving my singing voice. I really want to be an opera singer when I grow up’. – GYO member

In addition, three GYO members have secured acting extra roles in the production representing members of Faust’s family. Following an audition with Movement Director Sara Fahie and a full schedule of production rehearsals they will be performing alongside the professional cast on stage. Alfie Malewicz, who appears as a younger version of Faust in the production, commented:

‘I felt scared of the booming voices of the adult chorus! Just unreal! I was so encouraged by everyone during rehearsals and learnt to keep my nerves in. And the future…to sing like Faust!’ – Alfie Malewicz

Catch up on the latest news from Glyndebourne, discover more…
Education events

We are committed to enabling local young people to access un…
Glyndebourne Shop
A beautiful array of gifts for her, for him, for children and for the house and garden. Every purchase supports our work.
Shop now
Opera Cup
Join us in discovering the opera stars of tomorrow
Find out more
Become a Member
Enjoy priority booking for the Festival. Find out how you can join as an Associate Member
Join today