This performance runs for 2 hours and 15 minutes, including one 20-minute interval.

The Duke has it all: money, power, looks, and any woman he wants – any woman, that is, except Gilda, the innocent young daughter of hunchbacked jester Rigoletto. But when Gilda is kidnapped and seduced by his master, Rigoletto plots revenge – with tragic results.

Verdi’s own favourite opera, Rigoletto is a tragedy of Shakespearean scope, a disturbing psychological portrait of a man caught in a corrupt world, an outsider in a system built on power and privilege. A dramatic score, heavy with menace, includes many of Verdi’s greatest tunes, including ‘La donna e mobile’. Rising star Christiane Lutz directs Glyndebourne’s first ever production, reimagining Verdi’s classic drama for our own age. Thomas Blunt will conduct the Glyndebourne Tour Orchestra.

After his ‘marvellous’ (The Guardian) Pinkerton in 2016’s Madama Butterfly, Matteo Lippi returns to the Glyndebourne Tour as the seductive, power-hungry Duke. Georgian baritone Nikoloz Lagvilava makes his Glyndebourne debut as Rigoletto, with prize-winning South African soprano Vuvu Mpofu as his daughter Gilda, and Oleg Budaratskiy as assassin Sparafucile. 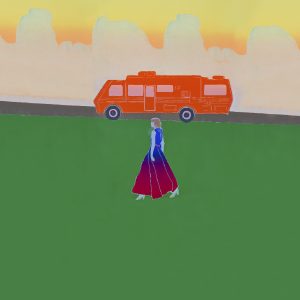 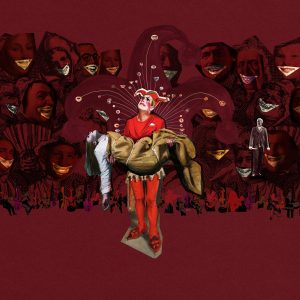 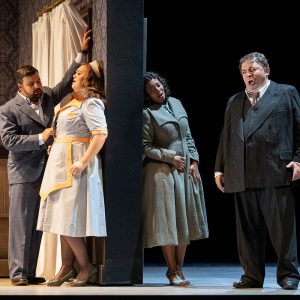 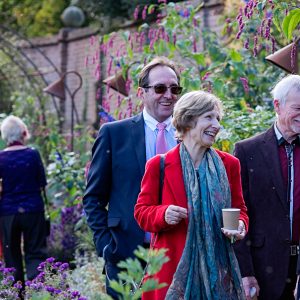 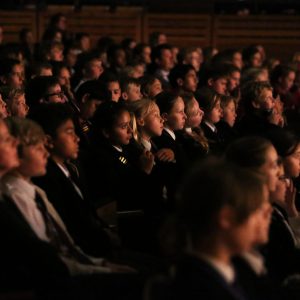 *Soloist from the Glyndebourne Chorus

The hunchback Rigoletto is a jester at the court of the playboy Duke of Mantua. He amuses the Duke with his cruel wit, but in mocking the husbands and fathers of women the Duke has seduced, he is provoking their anger. When one of them, Count Monterone, confronts the Duke in front of his court for seducing his daughter, Rigoletto – in forced loyalty to his Duke – responds with humiliation and malice. The Count, deeply hurt, curses the Duke and Rigoletto.

On a dark street Rigoletto has a strange encounter: he meets the assassin Sparafucile and ponders the similarities between their two professions: he stabs with words, the assassin with a blade. As Rigoletto enters his house he feels like another man. Here, hidden away from the scandalous court, lives his innocent young daughter Gilda. But unbeknownst to Rigoletto his parental precautions have already failed. Gilda is secretly meeting the Duke – she first encountered him church and fell instantly in love. She meets him again immediately after Rigoletto departs and they declare their feelings. Innocently, Gilda believes he is a poor student named Gualtier Maldé.

On his way home Rigoletto meets a group of courtiers. They tell him that they plan to kidnap the Countess Ceprano and ask for his help. Rigoletto joins them, agreeing to wear a blindfold as part of the plot. What he doesn’t know, however, is that the victim is none other than Gilda, who the courtiers believe to be his mistress. Left alone, Rigoletto finally removes the blindfold and realises the terrible truth. The curse is beginning.

The next morning: the Duke is desperate. Having discovered that is Gilda missing, he is worried. The courtiers arrive laughing and tell the Duke about their night’s exploits, he quickly realises that Rigoletto’s ‘mistress’ is Gilda. Delighted to have her in his power he goes to find her. Rigoletto enters. Overcome with rage and fear he pleads for her return, held back from entering the Duke’s room by the vengeful courtiers. Eventually Gilda, frightened and half-dressed, emerges and father and daughter are left alone together. She confesses all to Rigoletto, determined in her love despite his warnings about the Duke’s true identity and nature. Even as he swears revenge on his master Gilda pleads for his mercy on her lover.

On an ominous stormy night Rigoletto and Gilda are standing outside Sparafucile’s house. Through the window they hear the Duke serenading Maddalena, Sparafucile’s beautiful sister. Gilda is horrified by her lover’s faithlessness but her feelings for him do not change. Against her will Rigoletto predicts that his revenge on his enemy will be swift. He orders his daughter to prepare to leave the city, disguising herself as a boy for safety.

Once she is gone Rigoletto meets once more with Sparafucile, striking a swift deal: he will pay the assassin 20 scudi to murder the Duke and bring his body to him in a sack later that night. But Maddalena, hearing the plan, regrets the murder of so handsome a stranger. She persuades her brother to an alternative plan: if another potential victim presents himself before the night is over, Sparafucile will kill him instead.

They are in luck. Gilda, still unable to relinquish her love for the Duke, has returned disguised as a boy. Overhearing the conversation between brother and sister she resolves to sacrifice herself and die in her lover’s place. Entering the house, she is stabbed and stuffed hastily into a sack.

Rigoletto returns to claim the corpse of his enemy. But, preparing to dispose of the corpse, he hears the voice of the Duke singing in the distance. Horrified he opens the sack, only to reveal the body of his own dying daughter. Reviving, she expresses her love for the Duke, before dying in her father’s arms. Rigoletto is left holding her body; Monterone’s curse has been fulfilled.

A guide to Glyndebourne Tour 2019

Find out everything you need to know about Glyndebourne Tour…
Events

Rigoletto made its premiere at Tour 2019 in Christiane Lutz’…
Glyndebourne Shop
Our online shop offers a great selection of exclusive and locally sourced products. Every purchase supports our work.
Shop now
Become a Member
Enjoy priority booking for the Festival. Find out how you can join as an Associate Member
Join today
Donate to the Annual Fund
To stay at the forefront of theatre technology, we need your help. Set the spotlight back on our stage by supporting this vital upgrade.
Find out more